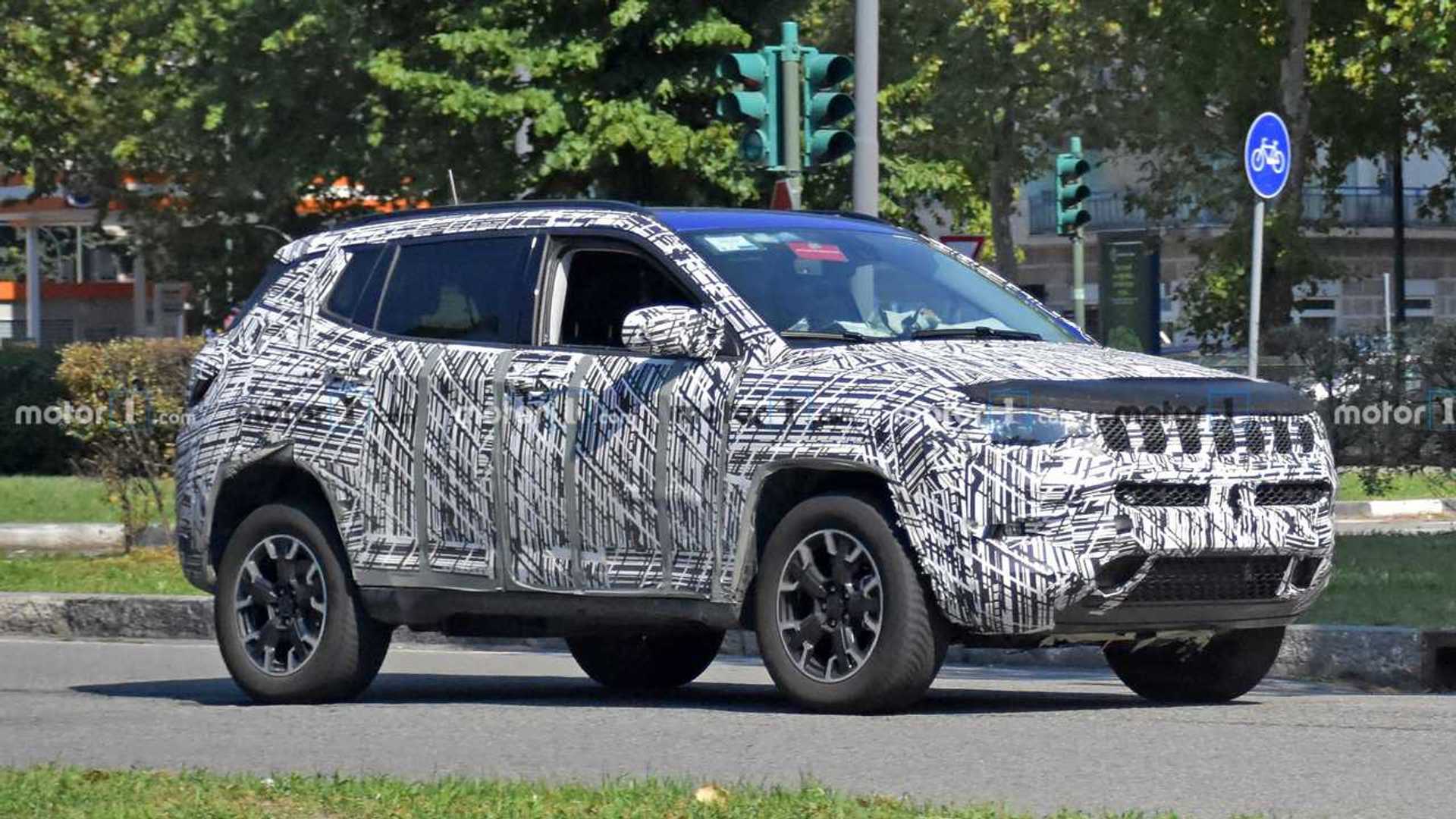 The 2022 Jeep Compass that our spy photographers caught earlier this month was wearing less camouflage than before. Now, we may know why. A new report from Mopar Insiders, citing “several” of their sources, says the automaker will reveal the updated crossover next month at the Guangzhou International Automobile Exhibition in China, which is scheduled to begin on November 22.

The Compass we expect to see should feature several styling updates without any significant design overhauls. The latest spy photos show Jeep’s familiar seven-slot grille sitting between what looks like a pair of narrower headlights. Even fewer changes are expected at the rear, with small changes kept to a minimum on the lower part of the bumper and diffuser. Photos of the interior have shown a new infotainment system likely paired with a new dashboard layout.

The Jeep’s current 2.4-liter four-cylinder should carry over unchanged. That means it should continue to produce 180 horsepower (134 kilowatts) while paring with one of the three available transmissions powering either the front or all four wheels. The Mopar Insiders report also says the Compass 4xe will make an appearance as Jeep announces its availability in China for the 2022 model year. The Compass 4xe debuted earlier this summer for select markets, offering the crossover with a plug-in hybrid powertrain.

It’s not clear if the plug-in hybrid Compass will arrive in the US, though we expect the refreshed model to make its North American debut sometime early next year. Customers shouldn’t expect a host of other changes to the model. The refreshed Compass will come as Jeep refreshes another staple in its lineup – the 2022 Jeep Grand Cherokee. 2022 will also see Jeep add the Wagoneer and Grand Wagoneer to its lineup, giving the brand a large, three-row offering for the masses and a tech-pack ultra-luxurious one for those wanting a Cadillac Escalade or a Lincoln Navigator competitor.

L&T stock: Can a special dividend by L&T trigger upside in the stock?