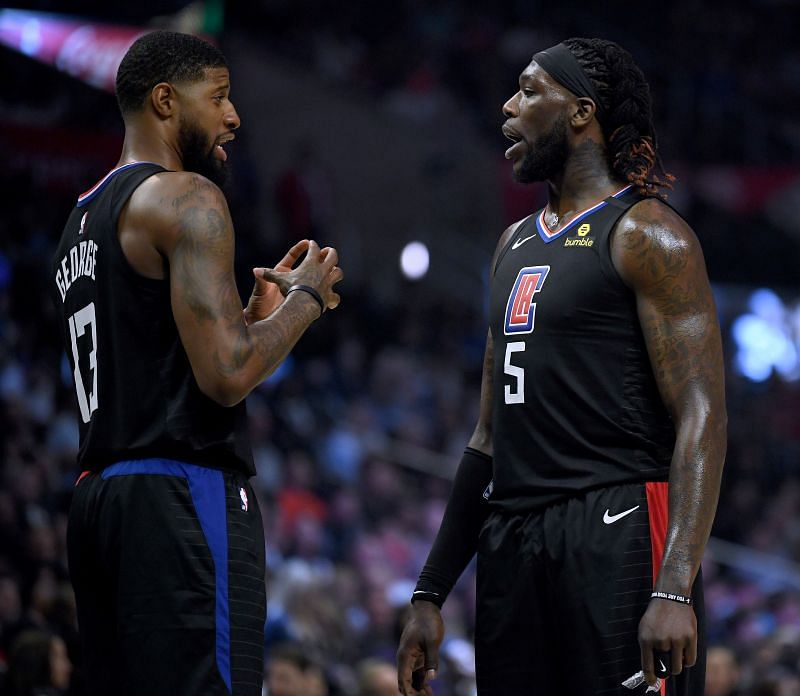 The LA Clippers have a lot to figure out during the off-season. After a disappointing exit in the 2020 NBA playoffs, the pressure is mounting on the Los Angeles-based team to deliver in the postseason.

As they look to make improvements to their roster in the off-season, here are five current players who are unlikely to play for the franchise in the 2020-21 season.

NBA Trade Rumors: 5 players unlikely to be back for the LA Clippers in the 2020-21 season

As per NBA trade rumors, the LA Clippers could be looking to add a third star to help Kawhi Leonard and Paul George next season.

Considering the Clippers’ cap space constraint, they’ll not be able to retain all players in their squad. Without further ado, let’s take a look at the five players who might be headed out of the franchise, as per NBA trade rumors:

Montrezl Harrell is one of the biggest names in the 2020 NBA free agency. Even though Harrell has expressed interest in re-signing with the LA Clippers, their cap space limitation could make it difficult for the franchise to retain both Montrezl Harrell and Marcus Morris.

Despite Harrell’s heroics at the offensive end, his defense continues to be a liability. The LA Clippers need someone stronger to match up with players like Anthony Davis and Nikola Jokic in the paint.

As per NBA trade rumors, a few teams have shown interest in the 26-year-old, which makes it likely that Harrell could leave the Clippers during the off-season.

Joakim Noah’s career was as good as over before the LA Clippers gave him a chance during the 2019-20 NBA regular season. Aged 35, Noah is no more the player he once was and is in the twilight of his career.

After joining the LA Clippers, Noah played only five games in the regular season and was almost a non-factor in the playoffs. While the Clippers aren’t paying a hefty sum for the veteran, there’s no good reason to bring him back for the next season.

Also read: NBA Trade Rumors: 5 players unlikely to be back with the LA Lakers for the 2020-21 season.

India’s Car, Motorbike Sales Surge As Dealerships Stock Up Ahead Of Festive Season

Kareena Kapoor Khan shares a picture with Shahid Kapoor on…