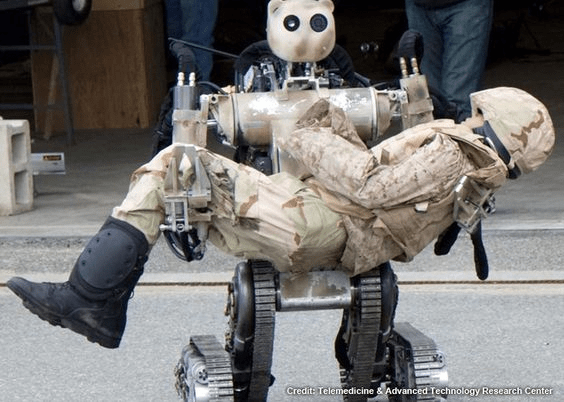 The world could be a very dangerous place to live. there will be times where disaster strikes out of nowhere. There could be an earthquake that hits your area or there could be a forest fire that spreads to your neighborhood. There are so many emergencies that could happen at any moment.

During these times, rescue teams are needed to act quickly. Whether these rescuers are firefighters, policemen, or rescue teams, they are more than willing to go into dangerous situations in order to help people. However, during rescue situations, the brave men and women of these groups will have to put their lives on the line. They will have to face incredible dangers every time. So they will need all the help they could get. Luckily there are recent innovations in robotics technology that will make these rescues so much safer. Here are 6 ways robots are making rescue operations safer.

They are Very Customizable

One of the best things about the innovations in rescue robots nowadays is their versatility. In the past few decades, rescue robots have taken various roles. For example, fire departments now have robots that look like small tractors and are meant to bulldoze through obstacles.

They do the More Dangerous Jobs

Rescue robots don’t come cheap of course. A majority of them costs tens of thousands of dollars, so it would be very costly if one of them were to get damaged. However, the price of a  rescue robot could never outweigh the price of human life.

Aside from taking the brunt of dangerous tasks, rescue robots are also capable of offering support to their human counterparts. A great example is firefighting robots that are installed with water hoses and fire extinguishers.

With these features, firefighters could storm burning buildings while the robot is spraying a thick cover of water or fire extinguishing fluid. With the wide variety of rescue robots available, rescue workers will have the necessary support to save lives, without endangering themselves in the process.

Logistics also plays a big part in rescue operations. During emergencies, a huge number of supplies are needed to help victims who have lost their homes. Emergency missions require a lot of resources to function properly. This is where specialized robots such as the tabletop robot arm truly shine. Although it could not batter through debris or put out a fire, tabletop robot arms are more than capable of handling and packing tons of emergency rations for beleaguered victims. While the tabletop robot is specially made for picking, assembly, and placing applications, it could easily be used by rescue operations in their supply lines. The tabletop robot’s uncanny speed and accuracy will prove invaluable in the packing and moving of supplies.

They are Extremely Durable

Although there are many types of rescue robots, they all share one specific characteristic. They are all extremely durable. It is very important that rescue robots are all durable because they have to take a great deal of damage.

During a rescue situation, practically anything could happen. Debris could fall on the robot, or it could be overturned by an earthquake. So if the rescue robot is not durable, it will get destroyed right away. The robot won’t fulfill its mission, people will die and thousands of dollars in robot parts and software will be lost. Luckily most rescue robots are designed in a way that they could shrug off a great deal of damage. Some robots are even tough enough to provide rescue workers shelter.

They Could Function in Various Environments

Back in the day, one of the things that held back rescue robots was the dangerous terrain that they had to go through. Nowadays though, rescue robots are outfitted with highly powerful tracks that could go through any kind of terrain, whether it be rocky, muddy, or even full of debris.

There are even rescue robots that are designed for aquatic rescues. Some great examples are surfboard-like apparatuses that could be steered via remote. They could be used by lifeguards to get to drowning victims and provide them with a stable platform that will help them stay afloat.

Robot Technology Improves All the Time

During emergency situations, there will be times where members of the rescue team will have to go into the trenches and put their lives on the line. Luckily, with these innovations in robot technology, rescue operations have become so much safer and more successful.

What To Do If Your Employee Damages Customer Property

Ironing hack: How to get creases out of clothes – use…