‘Antebellum’ and the Horrors of History That Persist Today 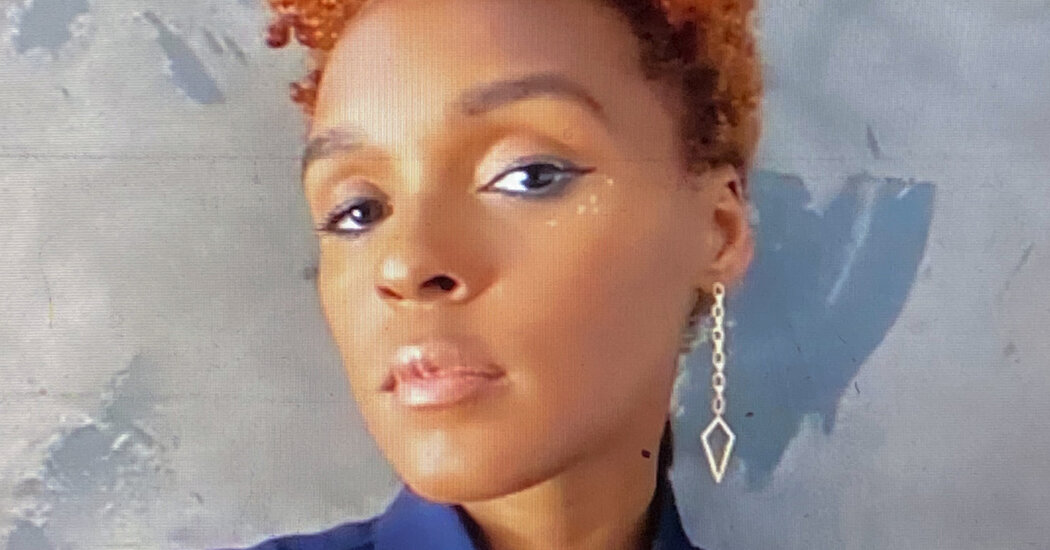 The filmmakers Gerard Bush and Christopher Renz were only in Los Angeles a short time when they were suddenly at the center of a bidding war over their ambitious debut movie, “Antebellum.” “It really surprised us,” Bush recalled. “We found ourselves in the tornado of studios pursuing us and the script.”

And to think, the horror film — from a pair best known for social-justice videos like one about police brutality, “Against the Wall,” featuring Michael B. Jordan — came from a nightmare that Bush had. In it, a Black woman named Eden was screaming for help in a way that he described as “cross-dimensional.” She referred to her tormentor only as “Him.”

“When I came out of it, I was really upset and wished that I could reach her or get back to her,” Bush said.

Nearly two years after he and Renz wrote a short story about it, Bush’s dream has now become a movie starring Janelle Monáe, with the singer-actress making her own debut as a leading lady. In “Antebellum,” she plays Eden, a slave fighting for her freedom in pre-Civil War America. The film oscillates to and from the present day with Monáe juggling a dual role as Veronica, a successful author, wife and mother confronting the systemic racism that persists in the modern world. Then the lives of Veronica and Eden eerily collide.

Like Bush and Renz, Monáe has been a longtime activist and her work — including performances in the dramas “Hidden Figures” and “Moonlight”— often tackles systemic oppression. So, she felt compelled to take on the challenging roles in “Antebellum” to help bring more attention to historic atrocities that continue to reverberate. “There’s no way to talk about the racial injustices we’re experiencing right now without taking a look at the past,” Monáe said.

As timely as its themes are, particularly in this Black Lives Matter era, some critics have been less than enthusiastic about “Antebellum,” which opens Sept. 18 on major streaming and on-demand platforms. Polygon called it “easily 2020’s worst movie so far,” citing its “needless brutality” and “misguided twist.” The Hollywood Reporter said it was “more interested in making a Big Point than digging meaningfully into its subject.” And Indiewire described it as “spliced together in a way that runs counter to its message.”

Monáe, Bush, and Renz talked to me via Zoom from Los Angeles about confrontations with the past, racial assimilation and “Antebellum.” “For us, it’s really important that any of the art we put out into the world advances the urgent conversations that need to be had around a whole host of issues, not the least of which is race in America,” Bush said. Here are edited excerpts from the conversation.

Considering the moment we’re in, do you think people are finally ready to face the past?

GERARD BUSH I think people were in a lull in the Obama years in thinking that America had made tremendous strides when it comes to race. It’s not to say that we didn’t, but we continue to slide backward because of our unwillingness to confront the truth. We spent a tremendous amount of time in this country sheltering white fragility, and we need to treat the white population — the privileged class — as adults that can confront the truth of the past, instead of creating these lies about what America’s founding was based on. This warping of history that makes them feel superior is a fallacy.

Janelle, because the film is so gigantic in scope and it is your first leading role in a feature, did you have any trepidations about being a part of it?

JANELLE MONÁE Well, I was blown away by the script. I found myself sitting in a tub reading, start to finish, wrinkled fingers and toes. I think that this film did such an important job reminding us that the past is not the past. Getting an opportunity to center Black women, who carry the burden of deconstructing systemic racism and white supremacy every single day, was something that I felt we had not seen onscreen. Being African-American and watching the protests and how we show up for everybody else and not get the love and peace we deserve is something that I wanted to highlight.

“Antebellum” also points to how success like Veronica’s does not protect Black people from racial trauma. As a Black woman who’s enjoyed a great deal of success, what does her book, “Shedding the Coping Persona,” mean to you?

MONÁE In the film, she says, “Liberation over assimilation” and she uses the Assata Shakur quote: “We have nothing to lose but our chains.” I think Veronica is in a space where her job is not to bow down or assimilate into institutions that were not built with us in mind. I am at a place where I’m not interested in fitting into systems that never had me in mind when they were building them. I’m more interested, and I think Veronica is more interested, in burning those systems down and starting fresh, and coming to the table and saying, “Here is what we need.”

The end of the film reveals a major twist that debunks what we think is happening in the story. What did you ultimately want Veronica to achieve?

BUSH We want people to understand that it is not revenge that Veronica was seeking; it was justice. Often in America, we as Black people are unable to achieve justice through the authorities or government. And when we do, that is misinterpreted as revenge. She needed to correct the record, the abuse, for both herself and her ancestry. She is on that horse swinging that ax, bloody, and has really been through it. But that also represents that she didn’t make it out of that situation unscathed. That has been our entire existence in America.

And by going through this experience, she can move forward in her own life?

BUSH She needs to get back to her daughter and husband, but the only way that she’s going to make herself whole is by confronting this head-on and achieving that justice. That’s the only way.

Janelle, as a Black woman who viscerally recognizes that ancestral link, what was it like for you to immerse yourself in Eden’s setting?

MONÁE When I stepped onto that plantation, it was difficult. I felt a lot of rage, a lot of hate in my heart for everyone who stole our people and forced them to come to America and work. I want white folks not just to talk about why we’re screaming that Black Lives Matter, as though Black people are objects and not subjects to study until the end of time. The fact that we’re even saying that is dehumanizing. This is not new to me, or to Gerard and Chris and other folks who constantly do the research and have to relive the nightmare of seeing how white supremacy has killed so many of us.

CHRISTOPHER RENZ In the American school system, Black history begins at slavery and there is nothing before. So, it was important for us, through Veronica, to provide that modern context of that before.

BUSH That this woman was a mother, a wife, that she fought for community, that she ——

RENZ Showed fully in her power and ——

BUSH Had full agency over herself and her life. We don’t know about the before.

The film suggests that the before is what makes Veronica’s very existence, her success, so superheroic.

MONÁE I think that this film does a great job of humanizing Veronica. It is not all heavy. There are so many beautiful moments of joy. I was really happy to work with Black women, in particular Gabourey Sidibe, who was such a light as the best friend of Veronica. You see these two letting their hair down, encouraging each other, drinking wine, laughing, talking about intellectual things, as well as the work it takes to be a great mom and wife. These are conversations that Black women have all the time with each other. I love seeing that she felt safe [with] a Black woman.

It is a welcome reprieve in a film that also highlights a deeply traumatizing era, particularly for Black audiences.

BUSH For me, it’s really uncomfortable seeing people that look like me in bondage. But what I’ve come to understand is that it is a detriment to us when we are participants in the erasure of the truth because of our discomfort with confronting it. I look at our wonderful Jewish community and how they are vigilant in the protection of the truth and making sure that the horrors of the Holocaust are examined and re-examined. We do ourselves a gross disservice in our unwillingness to explore these stories. The past is going to continue to haunt our present and rob us of our collective future if we don’t confront it.

Manufacturers Might Be Asked To Offer Incentives Under New…