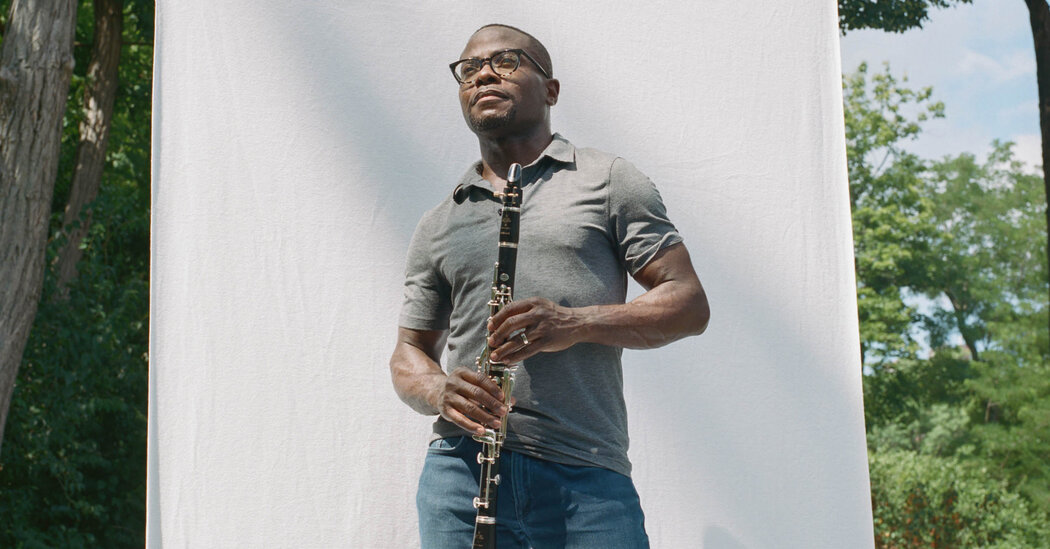 Anthony McGill, the New York Philharmonic’s principal clarinet, hasn’t been heard onstage at Lincoln Center since the coronavirus pandemic abruptly ended the orchestra’s season in March. But he has been difficult to miss online, whether as the instigator of #TakeTwoKnees performances in response to the killing of George Floyd, or as a prominent voice in subsequent conversations around racial representation in classical music.

Those sides of his artistry — as a captivating virtuoso on the stage, and as a longtime advocate for social change extending beyond it — have earned him the Avery Fisher Prize, an honor that comes with $100,000, the Avery Fisher Artist Program announced on Tuesday.

Mr. McGill was chosen for the award last December; an announcement had been planned for April, with a celebration to follow in June, but both were canceled because of the pandemic. (The ceremony will now be virtual, and streamed Tuesday evening.) Still, his contributions this year to the Black Lives Matter movement have reinforced why he won the prize in the first place, said Deborah Borda, the Philharmonic’s president and the chairwoman of the executive committee of the Fisher program, which is administered by Lincoln Center.

“I have the highest admiration for what I would call the citizen musician,” said Ms. Borda, who as Mr. McGill’s Philharmonic colleague recused herself from the award vote. “He is the embodiment of that.”

Mr. McGill joins the ranks of previous winners, who in recent years have included the new-music champions Leila Josefowicz and Claire Chase, as well as the pianist and writer Jeremy Denk. Because an in-person celebration was not possible, Mr. McGill has been granted an additional $30,000 to donate; he chose the Juilliard School’s Music Advancement Program, of which he is the artistic director and which seeks students from backgrounds generally underrepresented in classical music.

That extra money, combined with added gifts from Mr. McGill and Weston Sprott — a trombonist with the Metropolitan Opera Orchestra and the dean of Juilliard’s preparatory division — will be used to create a $100,000 scholarship fund.

“We’re trying to ensure openness and opportunity for all kids, regardless of background, race, religion, sexual orientation,” Mr. McGill said in an interview. “That’s my No. 1 goal and passion.”

Mr. McGill was the Philharmonic’s first Black principal musician when he joined in 2014; he is currently its only Black player. He appears at David Geffen Hall and elsewhere as a concerto soloist, and is in a trio with his brother, Demarre McGill — the principal flute of the Seattle Symphony — and the pianist Michael McHale. In 2009, he performed at Barack Obama’s presidential inauguration.

His hashtag #TakeTwoKnees — which began in late May with a long Facebook post reflecting on George Floyd and race, accompanied by a video of himself playing “America the Beautiful” with a minor-key turn — garnered tens of thousands of views across social media and prompted a wave of other performances in solidarity.

The Avery Fisher Prize would have been important to him any year, Mr. McGill said, but it’s even more meaningful in 2020.

“I think about my history as a young Black boy playing clarinet on the South Side of Chicago and now this life in New York — how can I help the next generation of young musicians succeed, too?” he said. “Maybe some kid from Queens or the Bronx, where I live, will see me or hear me play. It gives me such pride to think what they may think is impossible is actually very possible.”

Even if Nasdaq blips, we will continue to uptrend till Diwali: Edelweiss