In a tweet posted at 4.28am Friday morning, Thanasi Kokkinakis used just four words to describe his feelings after his five-set epic against Andy Murray.

Simple words that speak volumes. He also posted a selfie to his instagram, clearly looking drained.

On Stan Sport’s Grand Slam Daily, John Fitzgerald – who also conducted the post match courtside interviews – said it was one of the best matches he had seen the Aussie play.

“Kokkinakis really came of age for me. He hasn’t had a great run over the last few years with injury, and that’s the best tennis by far I’ve ever seen him play,” he said.

“He played like a mature athlete that can really do some damage over these next couple of years.

“He’s going to be shattered after that performance – serving for the match twice, and failing to get over the line – but he lost to one of the great legends of our sport [from] the past 30 to 40 years.”

It was the longest match Murray had ever played in his career by a significant margin.

“To put it in some sort of perspective, that match was 37 minutes longer than any match Andy Murray has ever played before.

“That shows what sort of intensity it had and for how long – the standard of tennis was  incredible.”

Fitzgerald said he believed an argument Kokkinakis had with the umpire early in the third set when up two sets and a break affected his game and potentially led to Murray’s fightback. 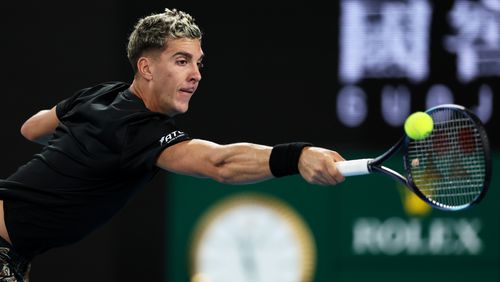 Kokkinakis was hit with a serve time violation while waiting for the crowd to shush, and lashed out at the umpire.

Fitzgerald said he believed Kokkinakis probably took it too far.

“He got a time violation warning, he disagreed with it, and he really took it over to the umpire and probably extended it a fair bit longer than he needed to.

“He served for the match twice in that set … and he went on about this violation when he probably should have focused.

“At the end of the day, I wouldn’t want to dwell on that too much because [of] the standard of the match – he came straight back into it early in the fourth and went to the same level if not better than he’d been before.

“It was incredible tennis tonight and one of the best matches I’ve ever witnessed.” 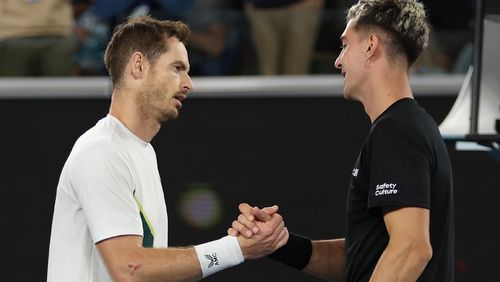 Imagine how a foldable and rollable phone would look