The Qi’ra Trilogy To Concludes In Star Wars: Hidden Empire

If you are looking for the Behemoth Comics listings in the new Diamond Previews, you may be looking in the wrong place. Back in March, Ash Avildsen’s Sumerian Records & Films bought Behemoth Entertainment and, in October’s listings, the name of the publisher of You Promised Me Darkness, A Girl Walks Home Alone At Night, MFKZ and Watch Dogs: Legion has changed its name to Sumerian Comics. So here are the Sumerian Comics October 2022 solicits. And it begins with Sara Lone #1 by Erik Arnoux and David Morancho.

FOLLOW ME INTO THE DARKNESS TP (MR)
SUMERIAN COMICS
AUG221852
(W) Damian Connelly (A / CA) Damian Connelly
Less than a day until the apocalypse. The darkness guides Yuko and Sebastian to Alaska. There, they will look for a girl who lives hiding in the forest, and who may be the key to prevent the imminent final judgment. Meanwhile, the children of the comet face a new and peculiar threat in Kolosimo’s Chinatown.
In Shops: Oct 26, 2022
SRP: 16.99

NEVERENDER #6 (OF 9) CVR A KRAFT
SUMERIAN COMICS
AUG221859
AUG221860 – NEVERENDER #6 (OF 9) CVR B KRAFT – 3.99
(W) Devin Kraft (A / CA) Devin Kraft
As Neverender and Apidae fight their way up the ranks, Artyom is forced to call in a favor from a notorious gambler, putting him in a lose-lose situation. Radio learns more about an android’s fate in space, and Jihye visits Blackstar, the top-ranked fighter in the Universal Duelist League.
In Shops: Oct 26, 2022
SRP: 3.99 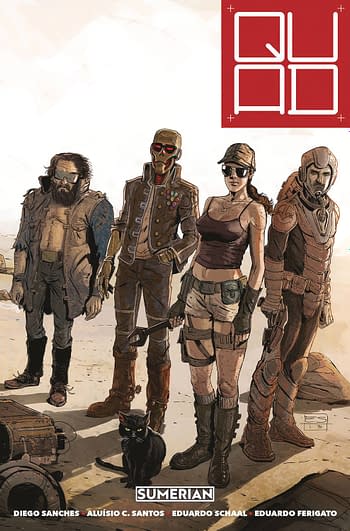 QUAD VOL 01 (MR)
SUMERIAN COMICS
AUG221866
(W) Eduardo Ferigato, Eduardo Schaal, Diego Sanches, Aluisio Santos (A) Aluisio Santos, Eduardo Ferigato, Diego Sanches (A / CA) Eduardo Schaal
In the last decades of the 21st century, a Massive Solar Storm hit planet Earth, destroying all technology in its way. Global communications were lost, nuclear reactors collapsed, the climate suffered the worst drastic changes and financial systems were gone. The survivors had to adapt to the harsh new reality. New societies were built over the ruins of those that crumbled. Four generations have passed. These are the stories of those survivors.
In Shops: Oct 19, 2022
SRP: 14.99 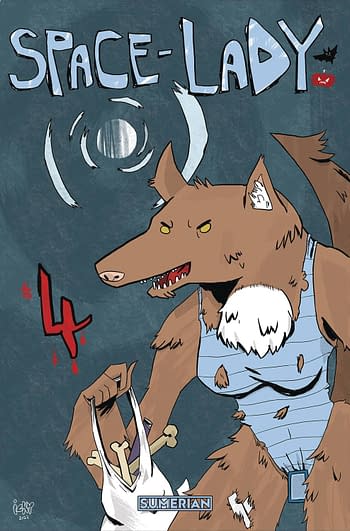 This official Xenoblade interview is a celebration of the entire series

Get a FREE Luxury Skin & Hair Travel Set from grüum…

Are foldable phones durable and reliable enough? They are…