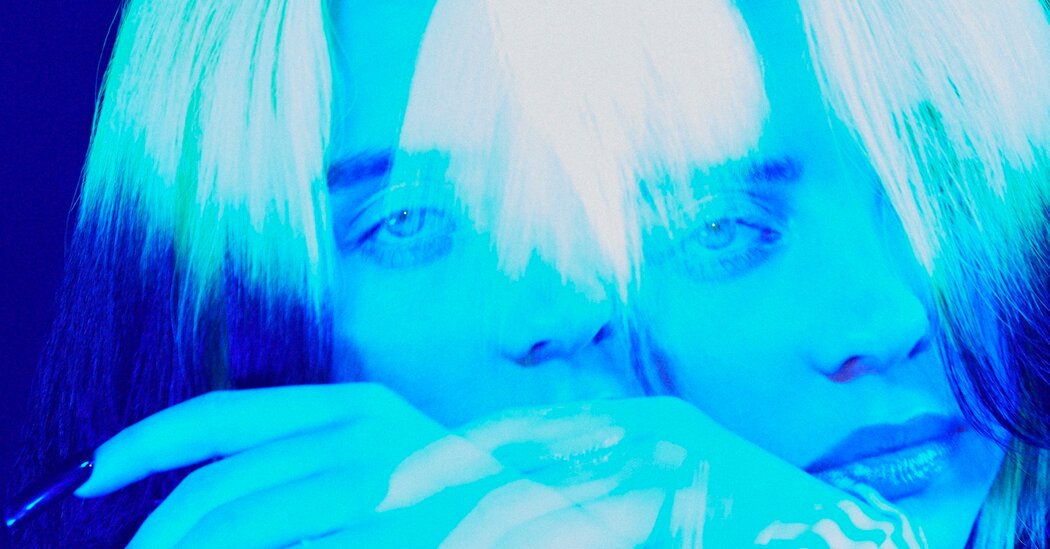 “I’m in love but not with anybody else/Just want to get to know myself,” Billie Eilish sings on “My Future,” her first self-isolation-era single — everyone’s quarantine awakening should be so wise. Eilish’s ode to loving oneself is both textured and uncomplicated. For a full minute and a half, she leans into her crooner side, singing deep exhales with heavy flutter. The ambience echoes the astral, roomy R&B of the Internet and Steve Lacy, and even when the song kicks into something slightly more zippy, Eilish’s ease is the dominant mode — worrying about yourself first makes for no worry at all. JON CARAMANICA

Snakehips and Jess Glynne featuring A Boogie Wit da Hoodie and Davido, ‘Lie for You’

British dance music producers working with a British singer, an American sing-rapper and a Nigerian Afrobeats star — in theory, collaborations like these are a streaming-era blessing. Music like this accelerates cross-genre, cross-border conversations, and helps export local sounds globally. In reality, though, what begin as regional particularities — unique sonic identifiers and sales pitches — end up smeared together so intensely here that the implicit argument ends up being that these styles were all the same to begin with. CARAMANICA

Rachel Chinouriri’s voice goes slinking through a jazzy minefield in “River Bend,” a 2019 song from the British producer Subculture about urban paranoia that was just rereleased with a video. The bass line repeats and then multiplies, leaping around the low register as other instruments and sounds materialize and vanish with equal suddenness: cowbell, slide guitar, wordless voices, trumpet. She’s surrounded by phantom threats, with nothing to count on. JON PARELES

“Burn Too Bright” is an up-tempo elegy for Richard Swift, a prolific Pacific Northwest songwriter, producer and backup musician who was 41 when he died of hepatitis in 2018 after a long alcohol addiction. “Who were you running from?/It was yourself all right,” Veirs sings amid crosscurrents of strings, electric guitars and a teakettle-whistle synthesizer, sympathetic but also curious about how well-loved musicianship was not enough. PARELES

Sufjan Stevens wrote, produced, arranged and sang wispy backup vocals for “Give a Little Love” by Mina Tindle, a.k.a. the Parisian singer and songwriter Pauline De Lassus, who has also sung backup for the National. It’s from the watercolor zone of Stevens’s catalog, made even more diaphanous by De Lassus’s guileless voice. In the first half of the song, she realizes “I’m all alone” in music with a subliminally unstable seven-beat meter. In the second, she quietly calls for what she needs — “Give a little bit of your heart” — as the music settles into 4/4 and she and Stevens overdub themselves into a supportive choir. PARELES

Randy Travis was always a master of stoic, moral songs, even the ones about misbehavior. So it is with “Fool’s Love Affair,” his first new song in years. Based on a demo Travis recorded in the early 1980s — way before his 2013 stroke, which has left him with aphasia — it’s a reassuringly sturdy jolt of traditionalism. His grip on regret is firm, so tight he makes it sound like decency. CARAMANICA

The guitarist Bill Frisell tends to build his improvisations around warm harmonic intervals and circular gestures — not exactly the jagged dissonances and sharp jabs of Thelonious Monk. But Monk’s influence is subtly written into a lot of Frisell’s music, and it comes to the surface on “Valentine,” a 12-bar blues the guitarist wrote with a Monkish, asymmetrical wobble. In Monk’s band, the other musicians usually held fast to a swinging foundation while he dashed off idiosyncrasies. But the members of Frisell’s trio, the drummer Rudy Royston and the bassist Thomas Morgan, take a loosened approach, scattering and scrambling around the melody. “Valentine” is the title track from this trio’s first album together, due out on Blue Note on Aug. 14. GIOVANNI RUSSONELLO

A.G. Cook, the metapop-loving, ultra-shiny electronics auteur who founded PC Music, plans to release a seven-disc, 49-track collection in August with each disc devoted to an instrument or concept — i.e., drums, piano, “extreme vocals” — called “7G.” This is a seven-minute preview with snippets of a track from each disc — mostly brittle and artificial, occasionally abrasive or perky. For some people, it’ll be a promising teaser; for others, it might be all they need. PARELES

The trumpeter Charles Tolliver’s compositions tend to balance syncopated elements as if they were structural beams. The drums, the piano and bass, the horns: Each scribbles out its own pattern, contrasting with the others and occasionally uniting. “Connect,” Tolliver’s first album in over a decade, stands out in large part based on the quality of his compositions. The caliber of his company helps too: Across the LP’s four long tracks, Tolliver is joined by the immortal Buster Williams on bass and Lenny White on drums, among others. Soloing on “Emperor March,” Tolliver, 78, steers neatly through the song’s multipart form, starting out sounding pebbly and piecemeal, ending up spinning triumphant blues variations. RUSSONELLO

The AR/VR ecosystem — Are we there yet?

Boris Johnson will face the ire of parents if English…

Summer heats up with these new and returning shows