BSP’s dollar reserves hit another historic high in August, near $100-B mark 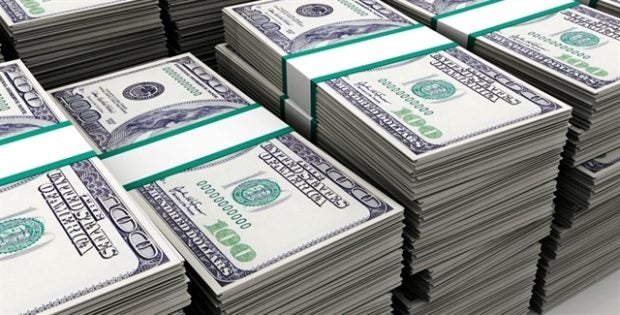 MANILA, Philippines — From having run out of it in the early 1980s, to having more than what the country needs today.

Thus was the trajectory of the Philippines’ dollar reserves which hit another historic high of $98.95 billion at the end of August — just slightly under the $100-billion threshold that the Bangko Sentral ng Pilipinas (BSP) believes will be breached before 2020 is out.

In a statement, BSP Governor Benjamin Diokno said the country’s gross international reserves, based on preliminary data, rose by $350 million from the end-July 2020 level of $98.6 billion.

“The month-on-month increase in the [dollar reserves] level reflected inflows mainly from the BSP’s foreign exchange operations and income from its investments abroad,” he said.

These inflows were partly offset, however, by the foreign currency withdrawals made by the national government to pay its foreign currency debt obligations and revaluation losses from the BSP’s gold holdings resulting from the decrease in the price of gold in the international market.

The central bank said the end-August 2020 dollar reserve level “represents a more than adequate” external liquidity buffer, which can cushion the domestic economy against external shocks.

This buffer is equivalent to nine months’ worth of imports of goods and payments of services and primary income. Moreover, it is also about 7.6 times the country’s short-term external debt based on original maturity and 4.8 times based on residual maturity.

By convention, dollar reserves are viewed to be adequate if it can finance at least three months’ worth of the country’s imports of goods and payments of services and primary income.

Similarly, the net international reserves — which refers to the difference between the BSP’s gross reserves and total short-term liabilities — increased by $354 million to $98.95 billion as of end-August 2020 from the end-July 2020 level of $98.59 billion.

Short-term debt based on residual maturity refers to outstanding external debt with an original maturity of one year or less, plus principal payments on medium- and long-term loans of the public and private sectors falling due within the next 12 months.

The level of dollar reserves, as of a particular period, is also considered adequate if it provides at least 100 percent cover for the payment of the country’s foreign liabilities, public and private, falling due within the immediate twelve-month period.

On Thursday, the peso — which tends to strengthen as the central bank’s gross reserves rise — closed the trading session at P48.51 against the dollar, slightly weaker than the previous day’s P48.385.

Tara Sutaria and Aditya Roy Kapur to team up for a film titled Om?