X-Men Red #10 featured this scene, with Cable creating a techno-organic suit for himself from his aggressors. Looking to take on Orbis Stellaris “man-to-man… and quite literally face-to-face”, with the intergalactic arms dealer literally coming our of his shell. But the phrase is another dive for Al Ewing and Stefano Caselli …

…as it refers to a portrayal by Cable that may be the most nineties of images, drawn by Greg Capullo and Harry Candelario, written by Fabian Nicieza, with impossible weapons to carry, and shoulder pads, neck pads, dum dum bullets, a missile launcher and every pouch possible to pin to a body. A classic in over-the-top nineties excess… 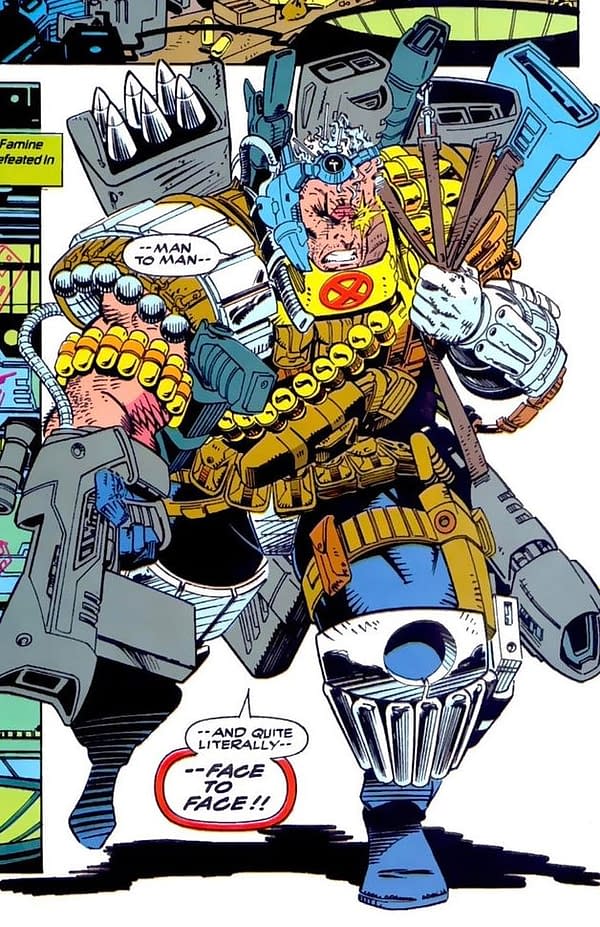 … found form in the Krakoa Twenties. And it’s not just Al Ewing and X doing this, oh no.  Marauders is having a good go with last month’s reveal of Commander Nightfount… 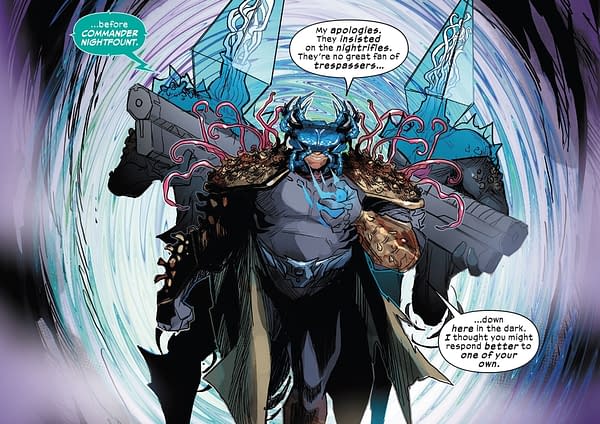 …. as being anther very familiar face… 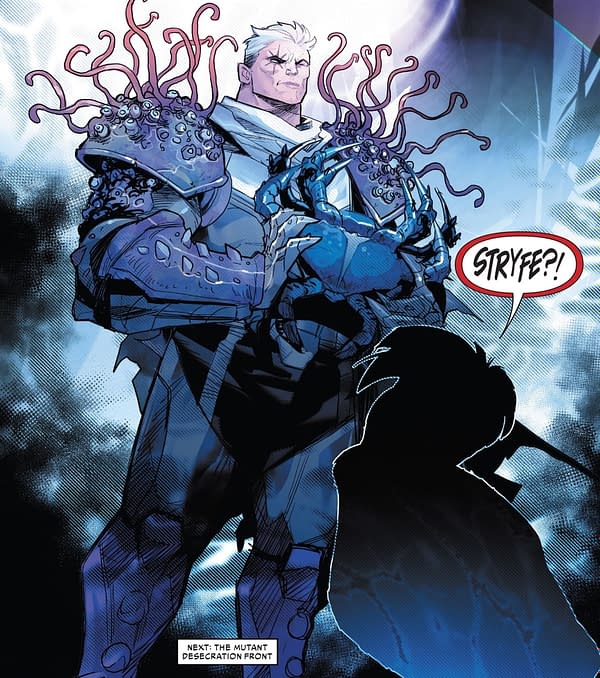 Stryfe, the clone of Cable, instigator of the X-Tinction Agenda, and now messing around in the past two billion years ago, in all his nineties excess. 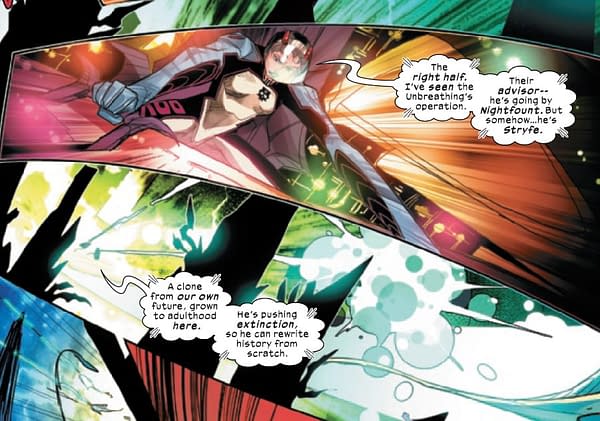 …as Srtyfe, the clone of Cable,

X-MEN RED #10
MARVEL COMICS
OCT221207
(W) Al Ewing (A) Stefano Caselli (CA) Russell Dauterman
IT’S ALL LED UP TO THIS! In the blazing ruins of the Autumn Palace, Storm battles for the soul of Arakko! Meanwhile, Abigail Brand and Roberto Da Costa play their last cards-and a sinister hand deals the Ace of Spades. You won’t believe where the Brotherhood goes from here… Rated T+In Shops: Jan 04, 2023 SRP: $3.99

MARAUDERS #10 SEGOVIA VAR
MARVEL COMICS
OCT221112
(W) Steve Orlando (A) Eleonora Carlini (CA) Stephen Segovia
HERE COMES YESTERDAY-FINALE!
With all of known history in the balance, Bishop and Psylocke lead a last-ditch strike to retake the past from its twin bacterial tyrants. Dangers mount! Can Pryde escape an unbreathing prison in time to rescue not just her crew, but the foundations of mutant society itself?
Rated T+In Shops: Jan 04, 2023 SRP: $3.99