Cam Newton recovered a fumble vs. the Broncos four years too late, and NFL fans had Super Bowl jokes 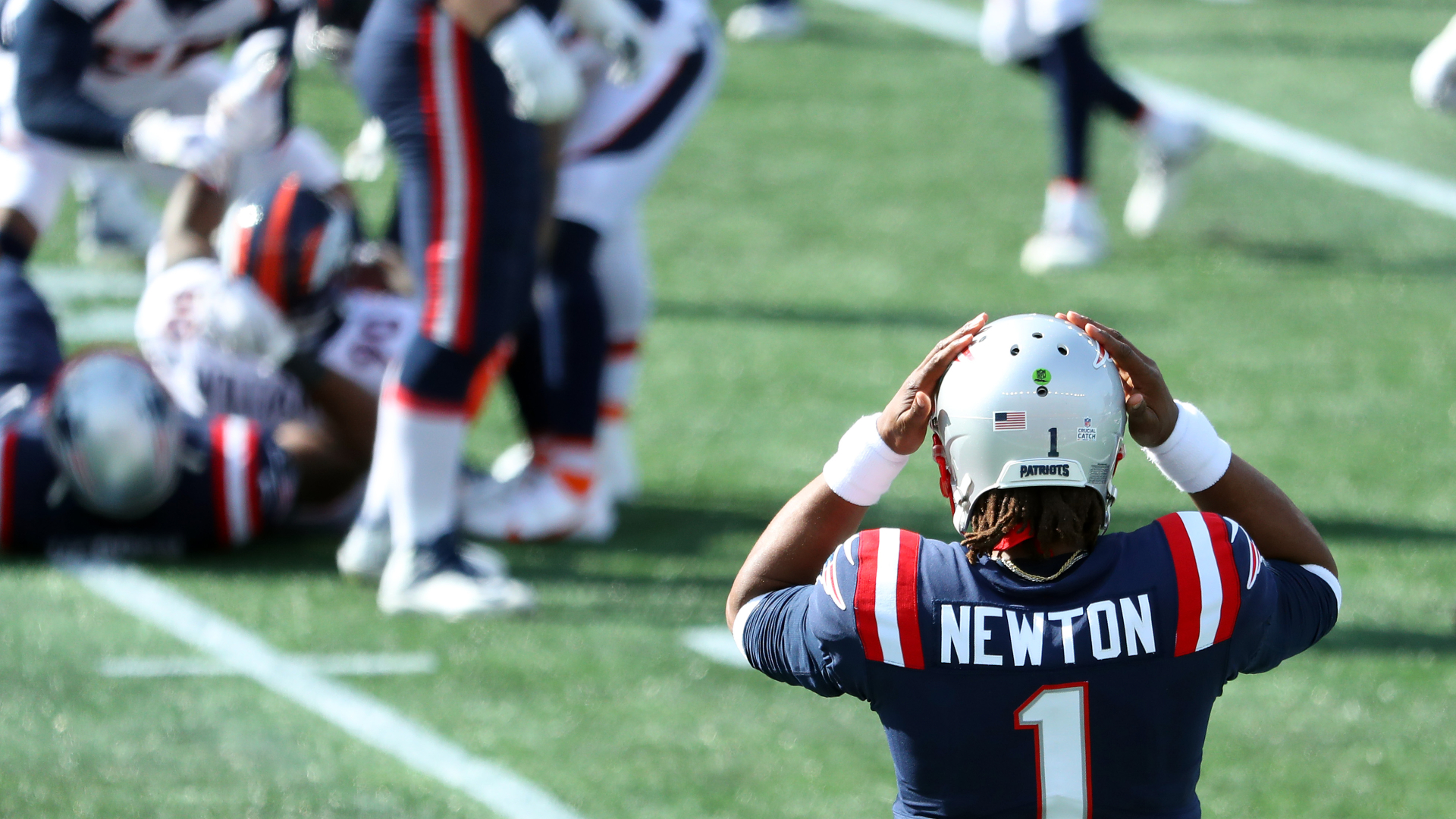 Panthers fans, turn away: Cam Newton has finally recovered a fumble against the Broncos — albeit four years too late, and for a different team.

The play occurred during the Patriots’ first drive of the second half, down 12-3; Bradley Chubb was credited with the strip-sack, but Newton managed to get up from the tackle and dive on the ball to keep possession. Granted, it came on third-and-6, but the ensuing punt gave Denver the ball at their 15-yard line as opposed to New England’s 25.

Just compare that to the last fumble Newton had against Denver in Super Bowl 50:

Newton’s fumble, which could have been worse, was one of several bad plays he had against the Broncos Sunday. He finished the day 17 of 25 through the air for 157 yards and two interceptions. He also rushed 10 times for 76 yards and a score. That wasn’t enough in an 18-12 loss to Denver.

Regardless, social media couldn’t let the moment by without dropping a few jokes — including by the Broncos themselves:

Woah Cam Newton jumped on the ball to recover the fumble against Denver….just 4 years too late

Wow, did Cam Newton just pounce on that fumble. Total opposite of Super Bowl 50

Just want to point out that Cam Newton showed no hesitation diving to pick up a fumble against the Broncos.

How sustainable is the strong performance of oil and mining stocks?

The 10 best movies and shows leaving Netflix in November…