Cricket’s rich history is dotted with legends who have left a lasting legacy on the sport. Through their performances with the bat, ball or both in several cases, these players have risen head and shoulders above their contemporaries to achieve greatness.

For some like Sir Don Bradman and Sachin Tendulkar, the talent was undeniable from the moment they stepped on to the cricket field as a rookie. Meanwhile, others such as James Anderson, Virat Kohli and Younis Khan have honed their skills over the years to ultimately transform into extraordinary players.

Many youngsters, meanwhile, have promised plenty in their fledgling stages before fading into obscurity or mediocrity. As such, it is never easy to predict the career trajectory of young players entering the game, no matter how talented they might be.

While there is no telling where their careers will ultimately lead, there is nothing more exciting than watching fresh talents announcing their arrival in cricket.

In this series, we take a look at some of the most exciting cricketers around the world who are aged 23 or below.

A country whose youth development programme is in the spotlight suddenly is Bangladesh, with the Tigers going on to lift their maiden ICC U19 World Cup title earlier this year after beating favourites India in the final.

Here, we look at three of their brightest young talents from the World Cup winning squad.

Bangladesh’s fairytale World Cup winning campaign was an all-round team effort. However, it is hard to look past Shoriful Islam when it comes to picking their brightest talent.

The 18-year-old, born in the small town of Panchagor, was a nightmare to deal for batsmen in South Africa with his relentless lines and lengths.

Islam’s talents had already been on show before the U19 tournament, with the left-armed seamer finishing as the top wicket-taker in the 2017 Dhaka Premier League. Having been a part of the Bangladesh A team set-up, as well as the Bangladesh Premier League (BPL), the youngster was primed to be a key player for the U19 team in South Africa.

A key player he did turn out to be, with Islam picking up nine key wickets at a stellar economy-rate of just 3.64. Two of those wickets came in the final against India where he rattled the favourites with his aggression and intensity.

With unwavering accuracy, an ability to move the ball both ways and a clever off-cutter, Islam has all the attributes to become a success at senior level. He is among six players from the squad that have been placed in a special U21 programme for two years by the Bangladesh Cricket Board (BCB).

The Tigers have struggled to produce quality pacers on a consistent basis, and they will hope that Islam can fill that void for the senior team in the coming years. 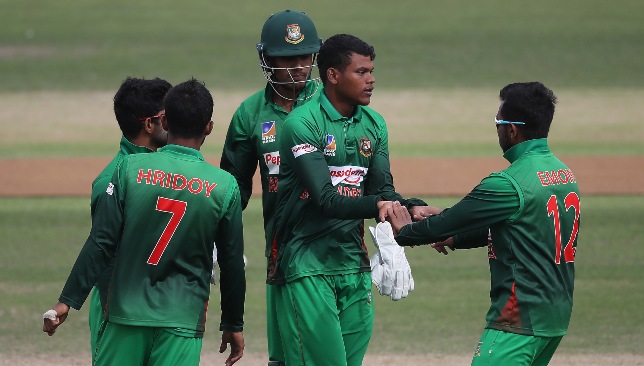 While Islam did the bulk of the damage with the new ball for Bangladesh, it was Rakibul Hasan’s spin which proved effective with the older ball.

Continuing in Bangladesh’s rich tradition of producing quality left-armed orthodox spinners, Hasan emerged as the leading wicket-taker for the young Tigers in South Africa. He claimed 12 scalps overall in the tournament at a sensational average of just 10.16 and an economy-rate just a touch over three runs an over.

His brilliant performances included a five-wicket haul against South Africa and a four-wicket burst against Scotland.

The teenager was unfazed by the responsibility of bowling with the new ball as well, whenever it was demanded by his skipper, and exerted great control over the white-ball throughout the campaign.

The 17-year-old has already made four List A appearances, and it will be the step up to the first-class level that he will target in the next stage of his development as a player. 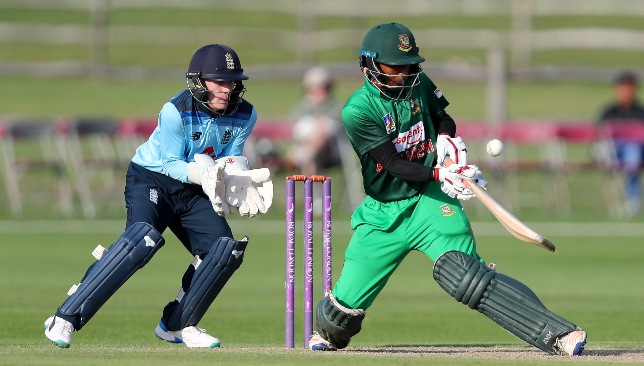 His dismissal for just one run in the final against India should not take away from the otherwise excellent campaign Shahadat Hossain enjoyed in South Africa.

The middle-order batsman was undismissed throughout the tournament before the decider, with his displays including a 74 against South Africa and a match-winning 40 against New Zealand.

The right-hander showed plenty of maturity at the crease in his role as a finisher, and carries a calm head over his shoulders.

Along with his reliable batting down the order, Hossain also brings some handy part-time spin to the table for Bangladesh. His all-round abilities were on show in a recent warm-up clash between a BCB XI and Zimbabwe, with Hossain claiming three wickets with his off-spin.

The teenager is yet to make a List A or first-class appearance, but Bangladesh will hope to do justice to his talents with the two-year U21 programme announced recently.

Daimler has no need for state aid, CEO tells paper

IMA says nearly 200 doctors in India have succumbed to…

10 years ago, AI Express plane went up in flames after…

Huw Edwards health: BBC News anchor and his fight with…