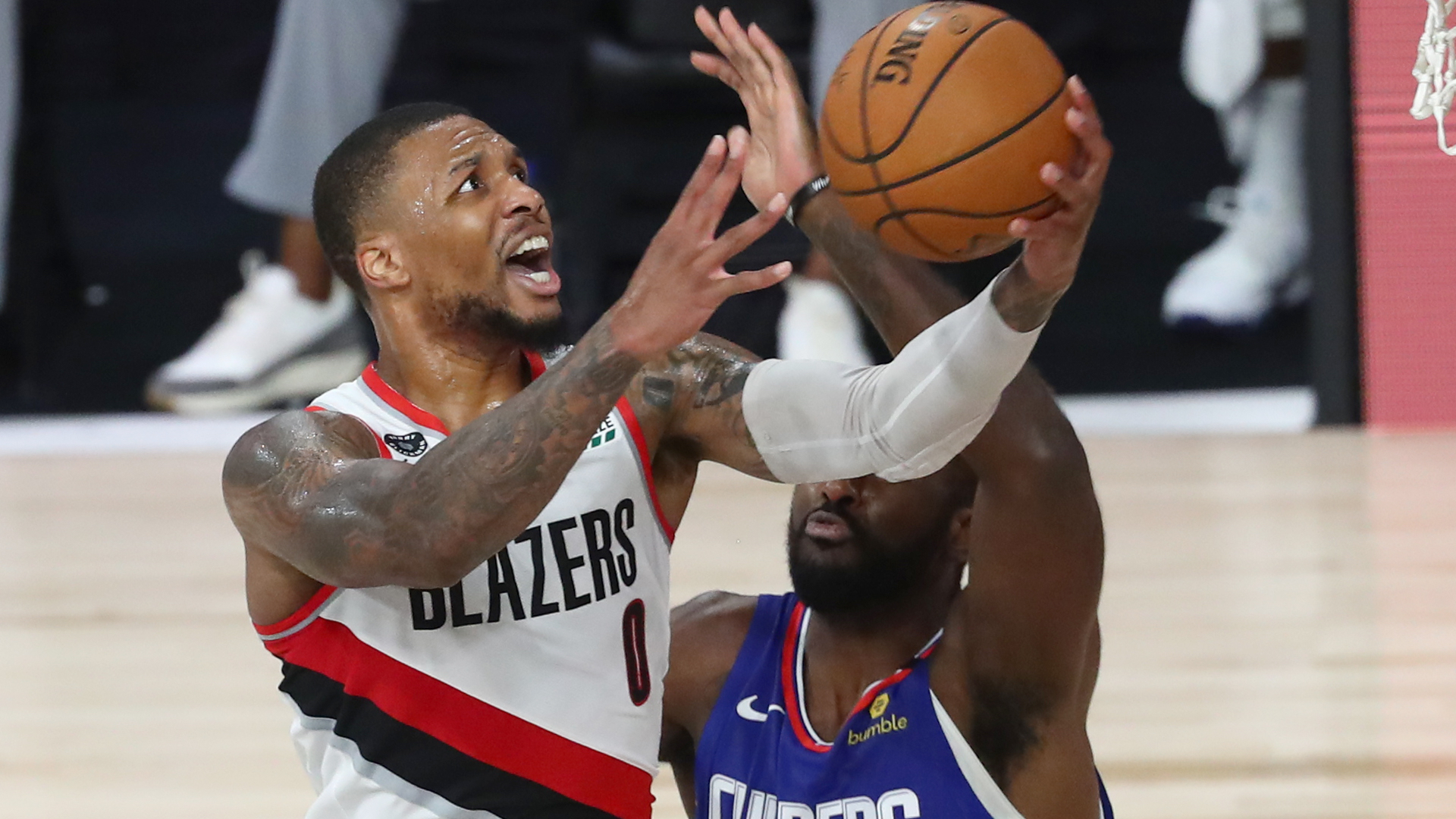 Trail Blazers superstar Damian Lillard stewed after being mocked by Clippers players Saturday afternoon in his team’s 122-117 loss to LA, and his postgame outburst to reporters led to a social media spat with Paul George.

When Lillard missed a pair of free throws that would have given Portland a lead with 18.6 seconds remaining, the Clippers’ bench laughed at him in an over-the-top display meant to get under his skin.

In his postgame news conference, Lillard said George and Patrick Beverley shouldn’t talk trash after being sent home by the Trail Blazers in the playoffs before. Lillard hit an iconic shot over George last season to advance past the Thunder in the first round of the playoffs.

George, seeing that quote on Instagram, wrote: “And you getting sent home this year.”

To which Lillard replied: “(K)eep switching teams … running from the grind. You boys is chumps.”

George, of course, pushed for trades from the Pacers and Thunder to eventually end up with the Clippers, where he’s teamed up with Kawhi Leonard to form a championship contender. Lillard has been with Portland his entire career.

Perhaps feeling Lillard had made a valid point, George followed up with a message about his success in Indiana compared to Lillard’s in Portland.

“(I)n my stint with my first team I had more success … Dame time running out g,” George wrote.

Raamdeo Agarwal: We may see rapid growth over the next few years: Raamdeo Agrawal