Dancing With Rice: A Meditative Pas de Deux at the Met 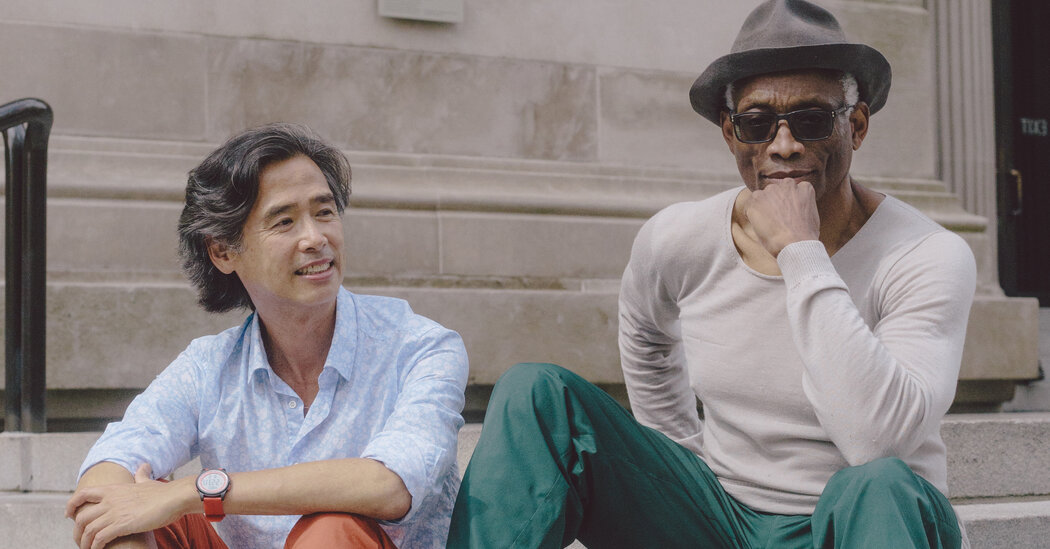 For Lee Mingwei, the Taiwanese-American artist who created “Our Labyrinth,” a performance installation, it is a meditation — a space to clear the mind and body. It’s also a dance.

“I ask the performers to please focus on the rice, and the rice will tell you what your next move is,” Mr. Lee said. “So you’re literally having a conversation with the rice. Beside that, the most important part is to not over shine your ability over the rice. The rice should be dancing with you. You’re doing a tango.”

Mr. Lee has presented this installation before, at the Pompidou Center in Paris and at the Taipei Fine Arts Museum. But at the Met, the setup will be different. Because of the coronavirus pandemic, the performances will be livestreamed over three Wednesdays in September — when the museum is closed to the general public — beginning Sept. 16, each program with a new cast of three performers.

And “Our Labyrinth” is now a collaboration between Mr. Lee and the choreographer Bill T. Jones. That idea came from Limor Tomer, the general manager of Live Arts at the Met, who said, “I knew Bill would bring a richness and depth and nuance to this that we absolutely had to have in this moment in New York City.”

The present moment is clearly on the mind of Mr. Jones, who isn’t changing Mr. Lee’s work, he said, so much as “infecting” it. Most importantly, his contribution came down to a question.

“What would make it New York?” Mr. Jones said he asked himself. “And New York raised all the questions about what was going on in the street with the protests. As if the Covid wasn’t enough, suddenly there’s this other horror that everyone’s aware of, and people are putting on their masks and going to demonstrations. There was a lot of anger. I thought, what does it mean to do this serene piece in New York?”

The setting itself — the museum, one of the most established institutions in the city — also weighed on Mr. Jones. He focused on the cast with Janet Wong, who is the associate artistic director of New York Live Arts, the performing arts space led by Mr. Jones, and the Bill T. Jones/Arnie Zane Company. What if the performers reflected the dance community as a whole and, with that, our current time?

He cited “Creating New Futures: Working Guidelines for Ethics & Equity in Presenting Dance & Performance,” a collaboratively written and evolving text that calls for an overhaul in the field. “People are feeling that they are outside of the meat of the chain of influence, which is headed up by money,” he said. “The conversations are so heated now in our community that we want to see if we could actually represent, on a small scale, what the New York performance community could look like.”

That means inclusivity is key. “Black people, brown people,” Mr. Jones said. “Of course, women always. And there are trans people and there are gay people. Who are people who have been through our space, or who do we love?”

The cast, which features three dance artists per program — each sweeps a mound of rice for 90 minutes before the next takes over — includes David Thomson, the veteran contemporary dancer and choreographer; Linda LaBeija, the transgender artist and activist; Nayaa Opong and Huiwang Zhang, both members of Mr. Jones’s company; the drag artist Ragamuffin, or Jesse White; and the New York City Ballet principal Sara Mearns.

At first, Ms. LaBeija said, she was conflicted about whether to participate; she has always wanted to work with Mr. Jones, but the invitation came the day before her grandfather died. But, in an email interview, she said that the rice reminded her of life and that Mr. Lee “reminded me that taking our time is an act of self care and can provide the energy necessary to finish.”

She said she hopes her presence encourages other artists who identify as transgender and gender nonconforming to “take time so as to take up space and to relish in the beauty of existence.”

Another part of Mr. Jones’s inflection is to add a sound element to each session: The experimental musicians Holland Andrews, Justin Hicks and Alicia Hall Moran will provide sonic landscapes.

What surrounds the performers, who will wear ankle bells and a sarong designed by Mr. Lee, is important too. (Each program takes place in a different gallery.) “They also have to know that they are dancing for all the artwork and the spirit that exists in the Metropolitan Museum,” Mr. Lee said. “Also, they are dancing for themselves because they are a part of the art — they are an artwork. You bring out all the grace and poetry that you have for yourself and for the art that exists in this space and time.”

Mr. Lee was originally compelled to create “Our Labyrinth” after a trip to Myanmar, where he was asked to take off his shoes before walking down a path to enter a temple. “I was very moved to see and feel how clean the whole path was,” he said. “It was such a sacred process.”

Through the temple keeper, he learned that volunteers cleaned the path daily. “He asked me if I would like to do it the next day,” Mr. Lee said. “So I went at five o’clock in the morning and did it with the others, and it was just such a beautiful experience. When I came back to Taipei, I wanted to bring that sense of cleaning your spirit and cleaning a path.”

After his first rehearsal, Mr. Thomson realized that sweeping the rice for 90 minutes was like any meditative practice. “You’ve got to realize where you are, and then let that go and be with it,” he said. “You’re just with yourself and with the rice and it’s not about making beautiful floor designs. I wasn’t even aware of what the designs I was making. I was just dealing with moving the rice and my body in relationship to it.”

The strange part was how that relationship changed. “There was one moment, which was deeply moving, where I was gently moving this rice,” he said. “I saw all of these grains, and they became people.”

In considering the act of sweeping the rice, Mr. Jones quoted the ancient sage Rabbi Tarfon: “It is not your duty to finish the work, but neither are you at liberty to neglect it.”

Mr. Jones continued: “Some people look at our lives in the arts as futile. Others see it as something as profound and inevitable as pushing rice around and an ever-evolving calligraphy that means nothing, but in the moment means everything. That’s one thing.”

And for Mr. Jones, there’s another important aspect: The notion of democracy as it relates to the dance world. He described the way, on the final program, Ms. Mearns will hand off the space to Ms. LaBeija, who will then hand off to D’Angelo Blanchard, “a big bear of a man — dancer, choreographer educator,” Mr. Jones said. “That to me is almost like an ideal.”

Losing Your Hair Can Be Another Consequence of the Pandemic

Honda H’Ness Name Trademarked; Could Be For Honda…