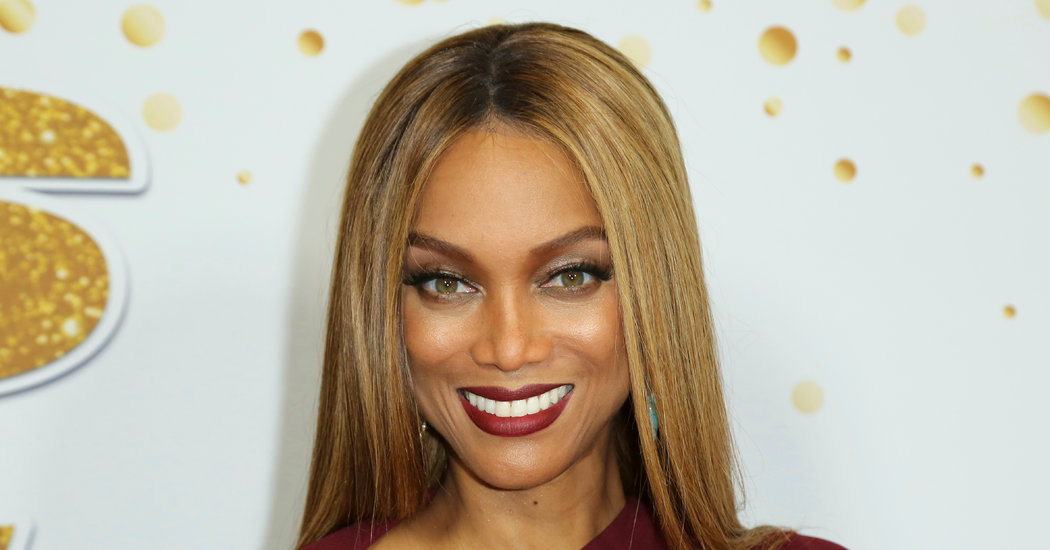 A day after Tom Bergeron, the longtime “Dancing With the Stars” host, announced on Twitter that ABC had not invited him to return for the show’s 29th season, the network revealed his replacement: Tyra Banks, the former supermodel and businesswoman.

Banks, whose reality TV credits include hosting “America’s Next Top Model” and “America’s Got Talent,” will also serve as the show’s executive producer, the network announced late Tuesday night.

“Tom has set a powerful stage,” Banks said in a joint statement from ABC and BBC Studios, the show’s production company. “And I’m excited to continue the legacy and put on my executive producer and hosting hats.”

The network parted ways with Bergeron, who had hosted the show for 15 years, and Erin Andrews, who had done so for six, earlier this week, citing a desire to take the show in a new direction after several seasons of sagging ratings.

Bergeron had been outspoken about the show’s decision to cast political guests, which included Sean Spicer, the former White House press secretary and communications director for President Trump. “We can agree to disagree, as we do now, but it’s ultimately their call,” he wrote on Twitter last August.

Spicer joined a number of Republican-affiliated contestants who had appeared before him, including Bristol Palin, the daughter of Sarah Palin, the former G.O.P. vice-presidential candidate; and Rick Perry, the former Texas governor who ran for president.

Banks is not without controversy. She apologized in May for comments she made about a contestant’s tooth gap during the 2006 season of “America’s Next Top Model,” the TV modeling competition she created, hosted and executive produced.

“So Danielle, you went to the dentist but you refused to have your gap closed,” Banks told the contestant, Dani Evans, who is Black, during the show. “Do you really think you can have a CoverGirl contract with a gap in your mouth?”

When Evans replied that she thought she could, Banks chided her that her tooth gap was “not marketable.” (Evans went on to win that cycle of the show.)

Banks later told a white contestant on Cycle 15 of the show, Chelsey Hersley, to have her own gap widened to make her look “more edgy.”

In the statement announcing the new host, Karey Burke, the network’s president, praised Banks’s broad experience. “Tyra is an award-winning multihyphenate whose fierce female prowess and influence across many industries have made an indelible mark,” she said.

In a statement on Wednesday, Banks said of the show, “I will do my best to honor its legacy while also injecting new ideas to reach new generations of audiences.”

Change in land laws: Largest release of farmland from revenue cases in Bengaluru

Harshal Patel hopeful of making an impact for Delhi…

How to recover lost Free Fire account in August 2020