Does Nokia Lumia hold up in 2022… at all? Windows Phone throwback!

0
Share
It’s 10 years ago… Android 4 and iOS 6 on the iPhone 5 are the current thing, but screw them, because I was in love with Windows Phone. And if you wanted a Windows Phone, you had to buy a Nokia Lumia.

It’s hard to believe Android and iOS weren’t the only smartphone camps we had back in 2012. Windows Phone was a legit third option to go with, even if it was never as huge as the other two. Never had as many apps, never had great user adoption… But it was so promising and appealing to me.

So when I was done using my first Android phone that I hated, I decided it’s time to buy a Lumia, especially after I witnessed some impressive events that promoted it. Mainly the Nokia Lumia 800 Deadmau5 event in London, that I attended. It was sick, check it out:

Even before this hyped up promo event, I knew I liked Windows Phone a lot, because of the user interface (UI). It was so pretty and minimalist, so timeless!

Meanwhile, at the time both Android and iOS looked quite terrible to me. And while those two took a while to become as aesthetically pleasing as they are today, again – Windows Phone had a timeless look from the start. So I wanted to try it out.

Here’s the problem though – I was a broke kid, so no Lumia 800 for me. Instead, I went to the store and bought the newest cheap Lumia there was, and it was the Nokia Lumia 510. It had just come out, and it was my one and only phone for the following six months.

Let’s you and me take a look back at how this budget Windows Phone 7.8 smartphone holds up today, 10 years later… 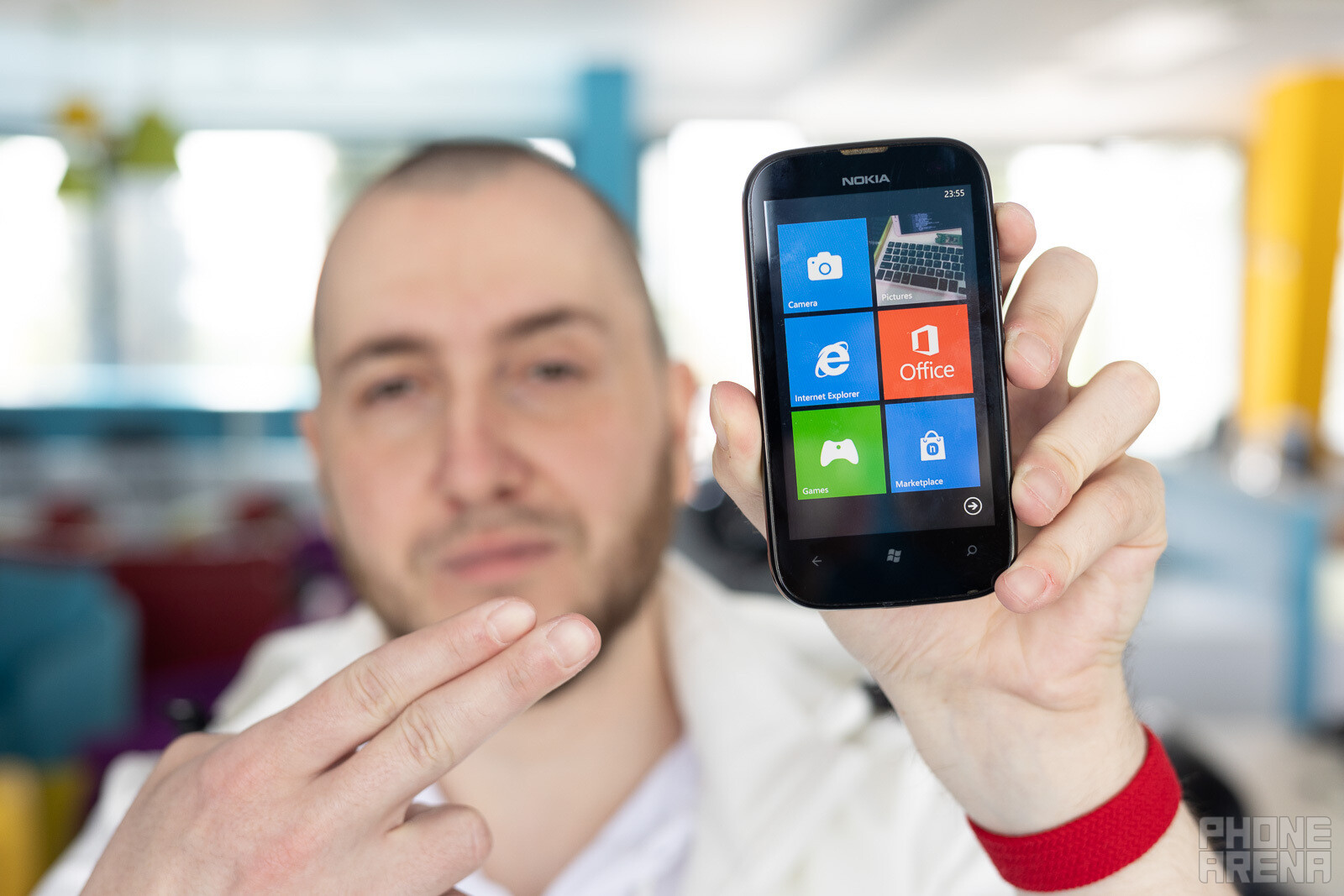 First off, the 4-inch screen of the Lumia 510 looks great even today, and was even more impressive back in 2012. This is a budget phone! Other phones I owned before had terrible screen viewing angles and backlight bleed, but this one… so good. And again – it’s a budget phone, no less!

Granted, since black is the dominant color of Windows Phone’s interface, it makes sense that the display backlight shouldn’t bleed like heck. But here’s the main surprise – this is a TFT display, a technology not exactly famous for great viewing angles and pitch blacks. Yet back then this screen could’ve easily tricked me into believing it was OLED. I might be overselling it a bit…

Those vibrant primary Windows Phone colors pop nicely too. Each app on the home screen resides inside a tile, while the rest of your apps are a swipe away, neatly arranged vertically, in alphabetical order. It’s all so simple! And pretty. 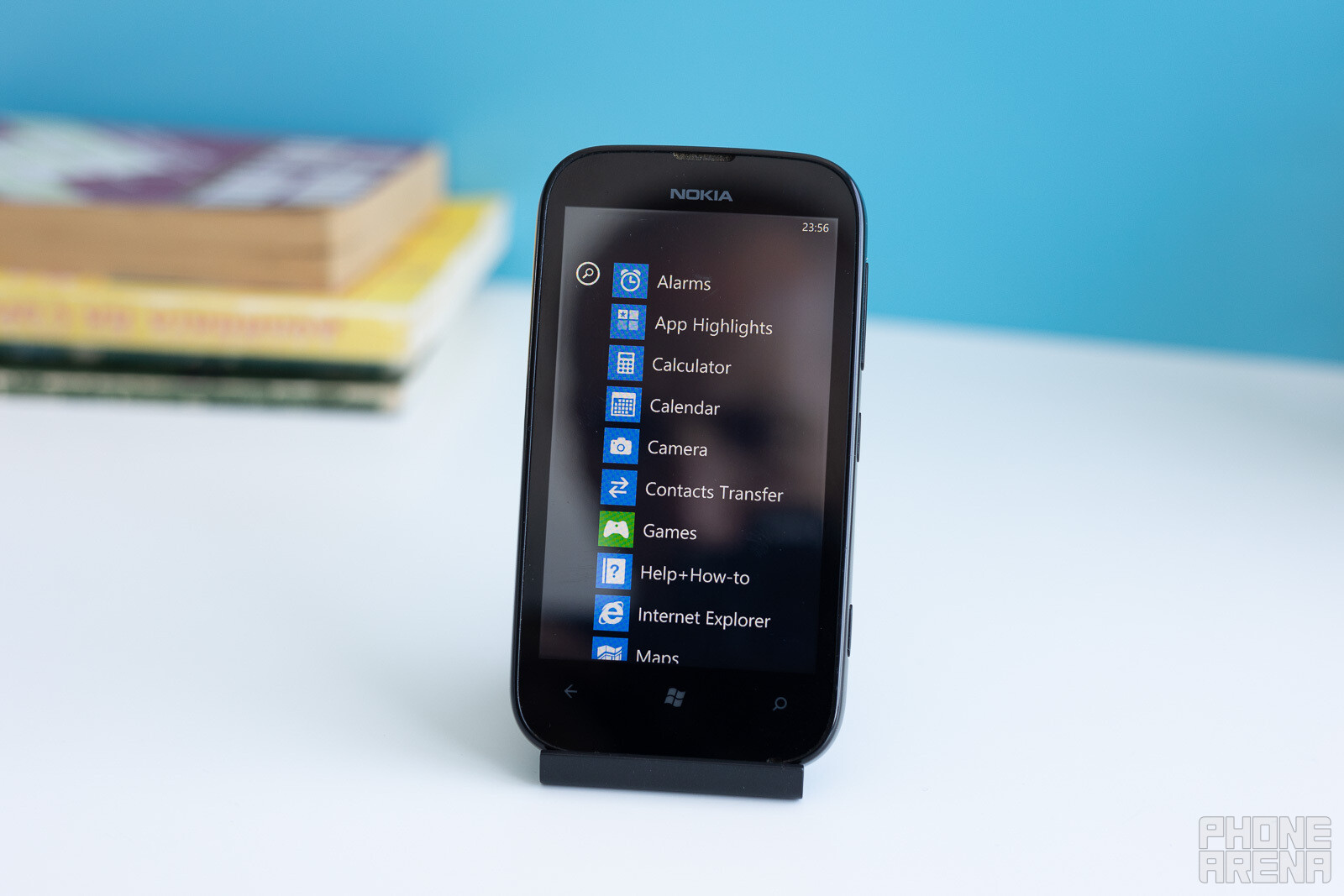 For the fun of it, let’s navigate to “Settings” > “about”, so we can see what specs this mighty beast was running on.

And… We’ve got 256 megabytes of RAM, 2.88 GB of storage, and yeah, to top it all off, the phone is locked to Tesco, so I could never at least gift it to an elderly person or a child to use with their SIM card. 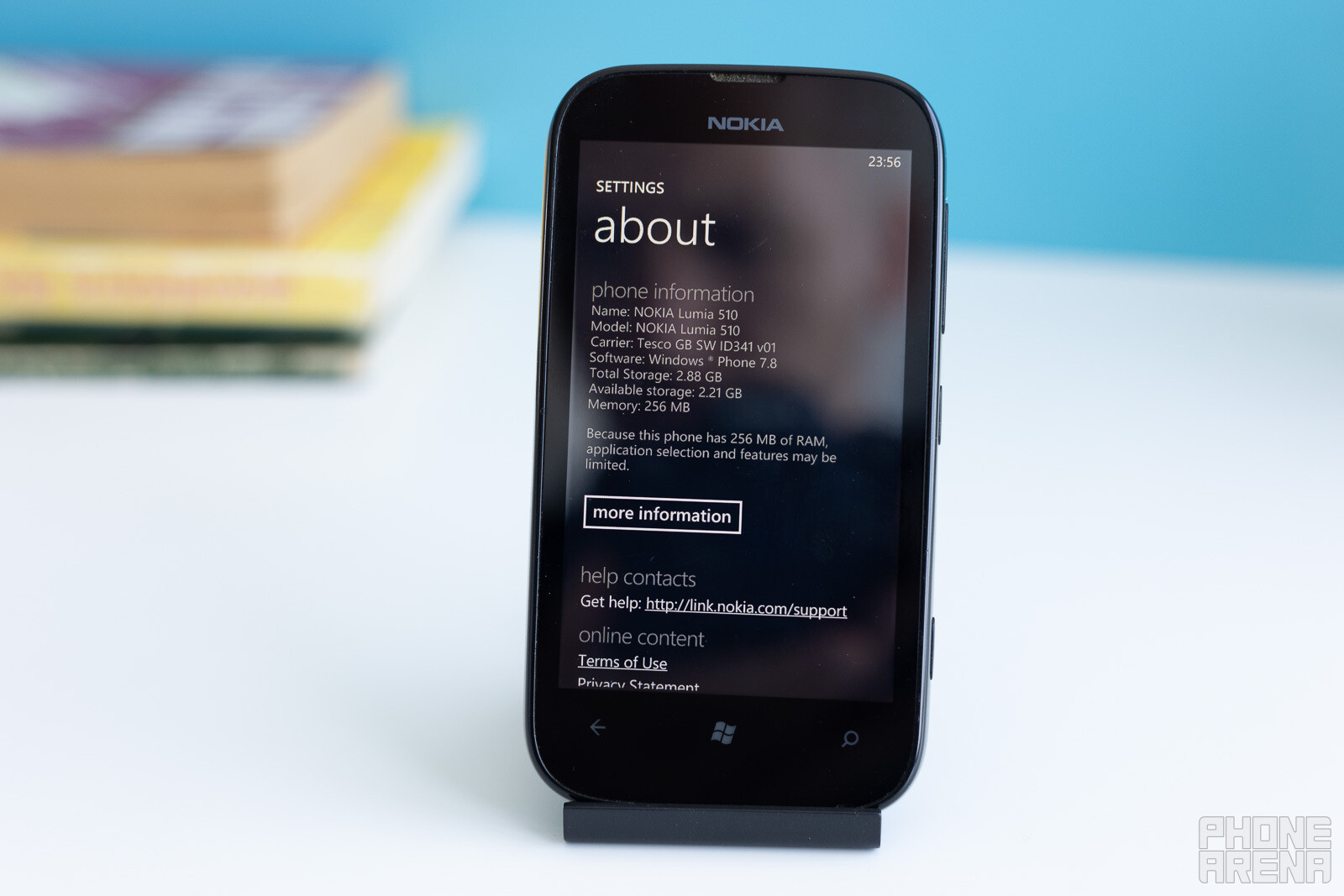 The app store is actually called Marketplace, which makes sense, because it’s not just apps and games, but a place to get music too. Remember Zune? Microsoft’s attempt to challenge the iPod and iTunes? The Zune media players never caught on, but you can still see the Zune name here and there. Actually, here.

A colorful Splatoon 3-themed Nintendo Switch OLED is on the…

Well, the “new releases” section is empty, and so is the “top albums”, but we do have a 2016 song in the “featured” section, among two others. This might suggest that seven years ago was the last time someone was hired to feature music here. 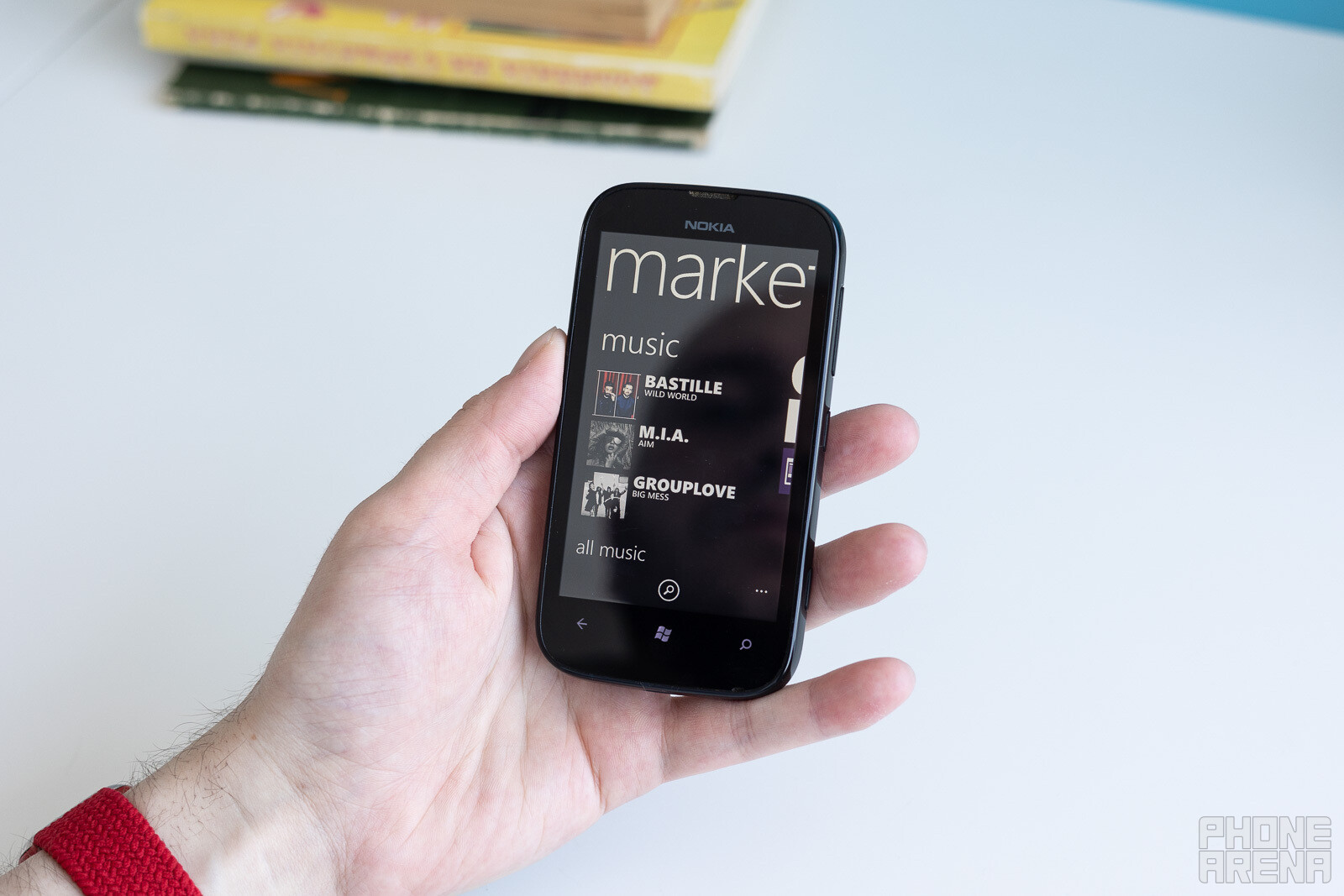 Granted, I could not get the WiFi to work very well. I tried three hotspots in two different locations – no internet. So maybe the Marketplace just couldn’t update properly. The Google homepage briefly opened a few times, and that was all the web browsing I managed to get out of this phone in 2022.

Great battery life, this phone got me through a lot… 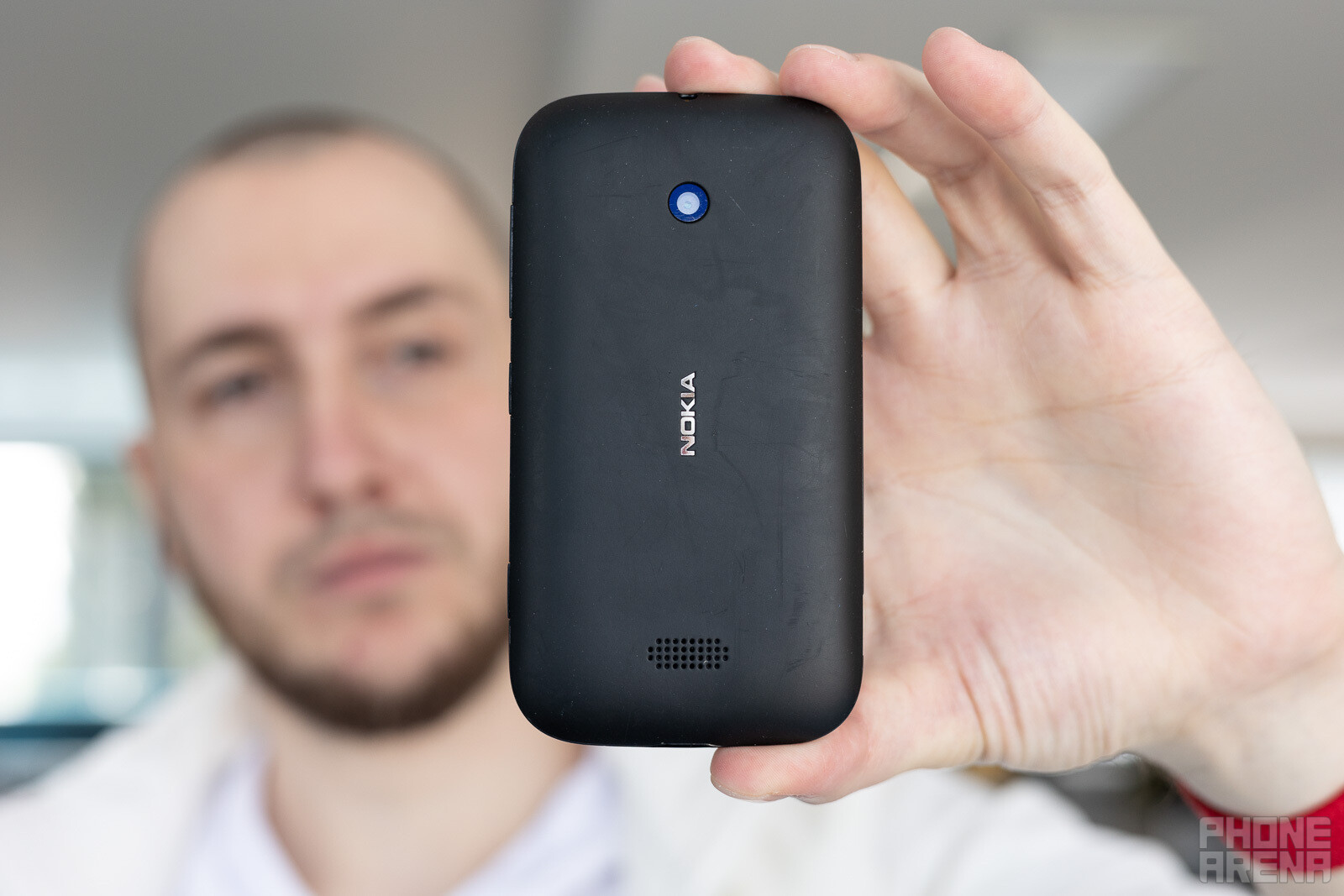 While I feel like my iPhone 12 mini’s battery life drains before I even have time to blink, the good ol’ Lumia 510 is still quite a battery champ to this day.

And back in its heyday I fondly remember it lasting me a full work day and some, unless GPS navigation was on. And I needed that new and novel GPS functionality in order to find a hotel in London once. Good thing I did before the battery died.

But with casual use, the Lumia 510 always delivered well over a full day of battery life. For example, I used to deliver newspapers while listening to music on this phone every single day, for at least 8 hours straight.

I talked to the phone too! That was another novelty thing back then – asking my phone to call someone for me or write a text message, and it doing it completely hands-free. I know it’s a mundane thing now, but back then voice commands were awesome, new and exciting to me.

This phone never actually got Cortana, though. Microsoft’s virtual assistant only came out for Windows Phone 8 devices, and this phone, despite being brand new when I bought it, immediately got abandoned by Microsoft. No software updates, left on Windows Phone 7.8 forever.

So I – the consumer – felt unsupported by Microsoft, just like Google – the developer – probably did, as we will talk about next…

There was no YouTube app, even! Google and Microsoft beefed 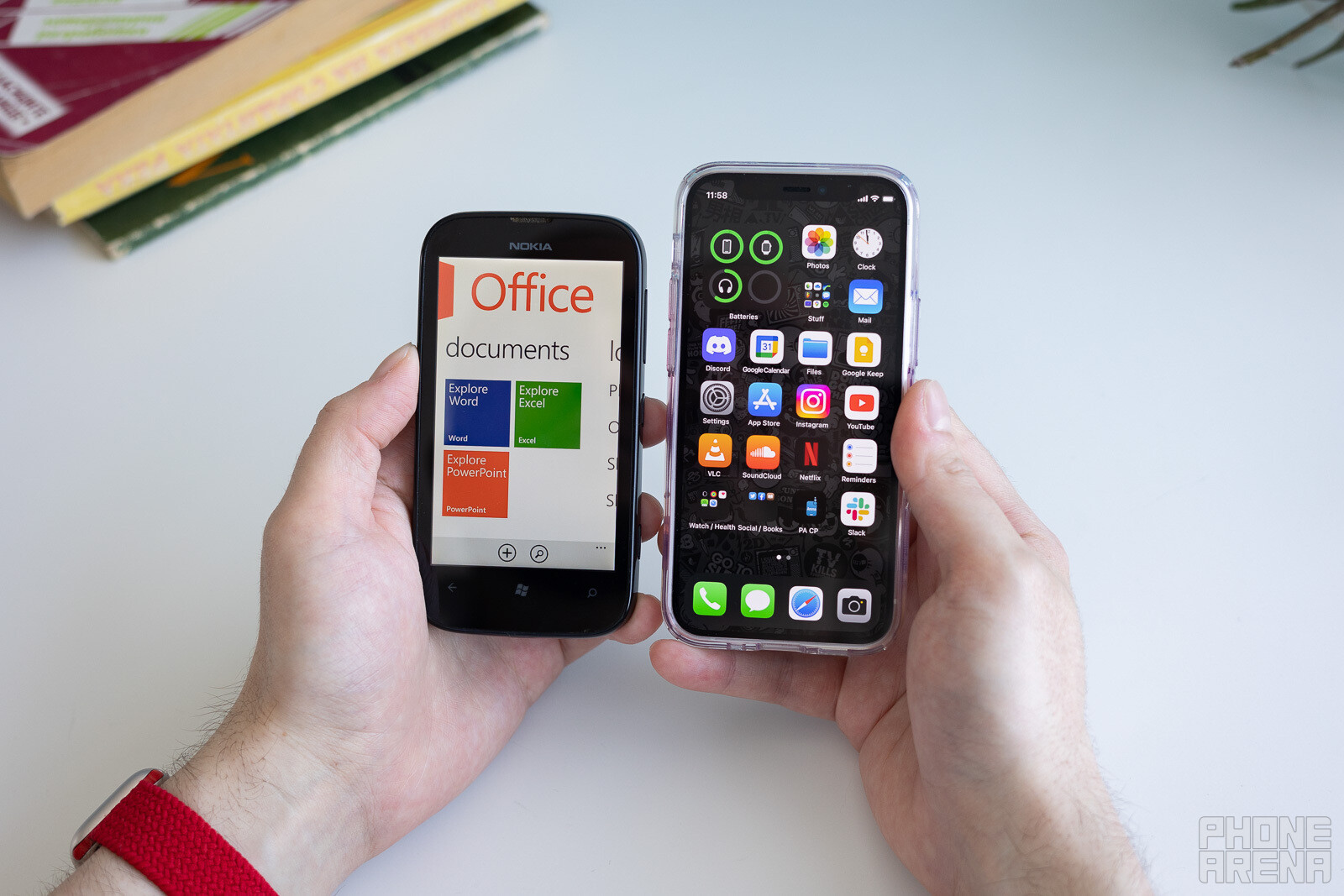 There was, and still is Microsoft Word, though, and just for fun, check out how tiny this phone is even against an iPhone 12 mini

So yeah, the app situation on Windows Phone was pretty bad, especially after Google removed its super-popular YouTube app from the Windows Phone Marketplace… twice. Both times over Google being unhappy with Microsoft; how it never made the Windows Phone “browser upgrades necessary to enable a fully-featured YouTube experience.”

So Microsoft kind of shot itself in the foot, there, and is partly to blame for Windows Phone never getting many of the really popular apps. It wasn’t just developers refusing to bring their apps over to Windows Phone, because the user adoption wasn’t as great as on Android and iPhone. Windows Phone just fell behind Android and iOS from a technical standpoint, as it seemed.

In any case, not having YouTube was pretty ridiculous back then, since that was already one of the world’s most popular websites, and my most visited social media(-ish) site. Instagram too, which only ever showed up on Windows Phone briefly years later – in 2016.

So what could you – the user – do if you wanted YouTube, Instagram, or anything else popular like that, but you weren’t fortunate enough to own an iPhone or an Android phone?

You had to delve into the deep, dark and scary world of third-party apps… Apps made by small developers, usually of questionable quality, that claimed to deliver the YouTube or Instagram experience to you, but were often actually just simple web browsers running the YouTube or Instagram mobile pages… You had to pay in order to use what are actually free apps on Android and iPhone, with an added bonus of worrying that the unknown developer you relied on was stealing your account passwords.

Until recently it seemed like Microsoft had given up on smartphones, after the whole Nokia Lumia / Windows Phone ordeal ultimately failed. But, recently the company behind Windows came back swinging, with a dual screen Android phone – the Microsoft Surface Duo, and even more recently – the Duo 2.

Of course, Microsoft doesn’t seem to have any hopes to challenge Android and iOS with its own phone operating system anymore, as is reasonable. So its new smartphones are running – unsurprisingly – Android, with a Microsoft Launcher on top. 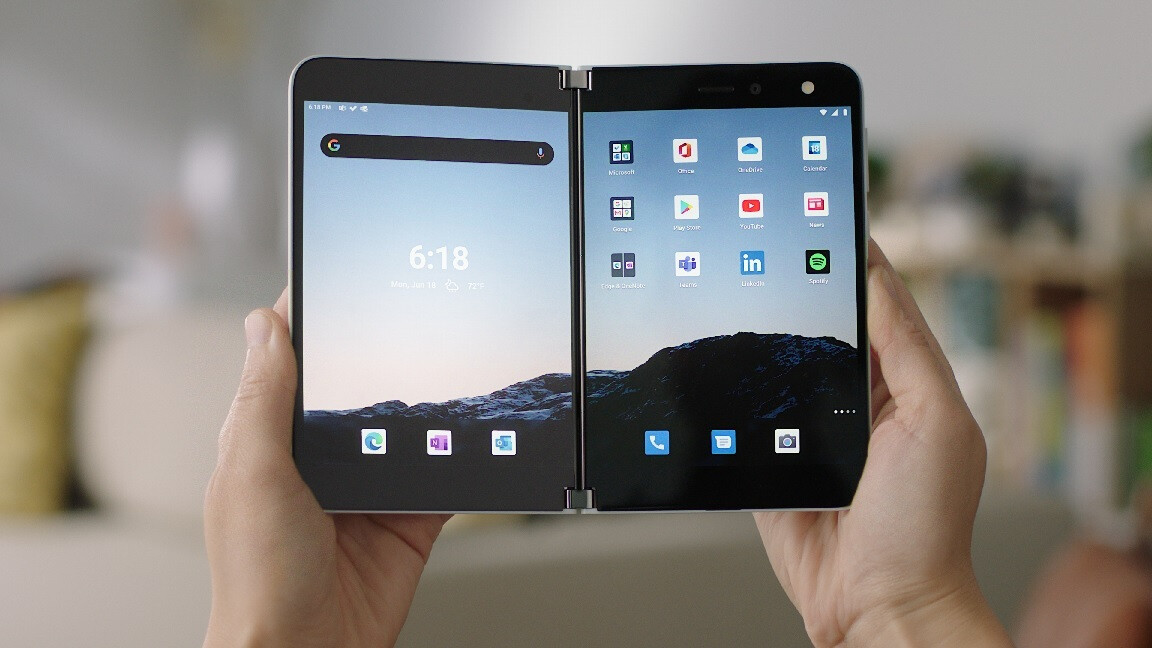 Now, those phones are quite expensive, and I’m willing to bet none of you reading this own one, since they’re not exactly popular either, but as someone who loves unique and different devices (say, the Galaxy Z Fold 3), I’m rooting for Microsoft on this one. Hope it doesn’t give up on it as quickly as it gave up on the Lumia 510. 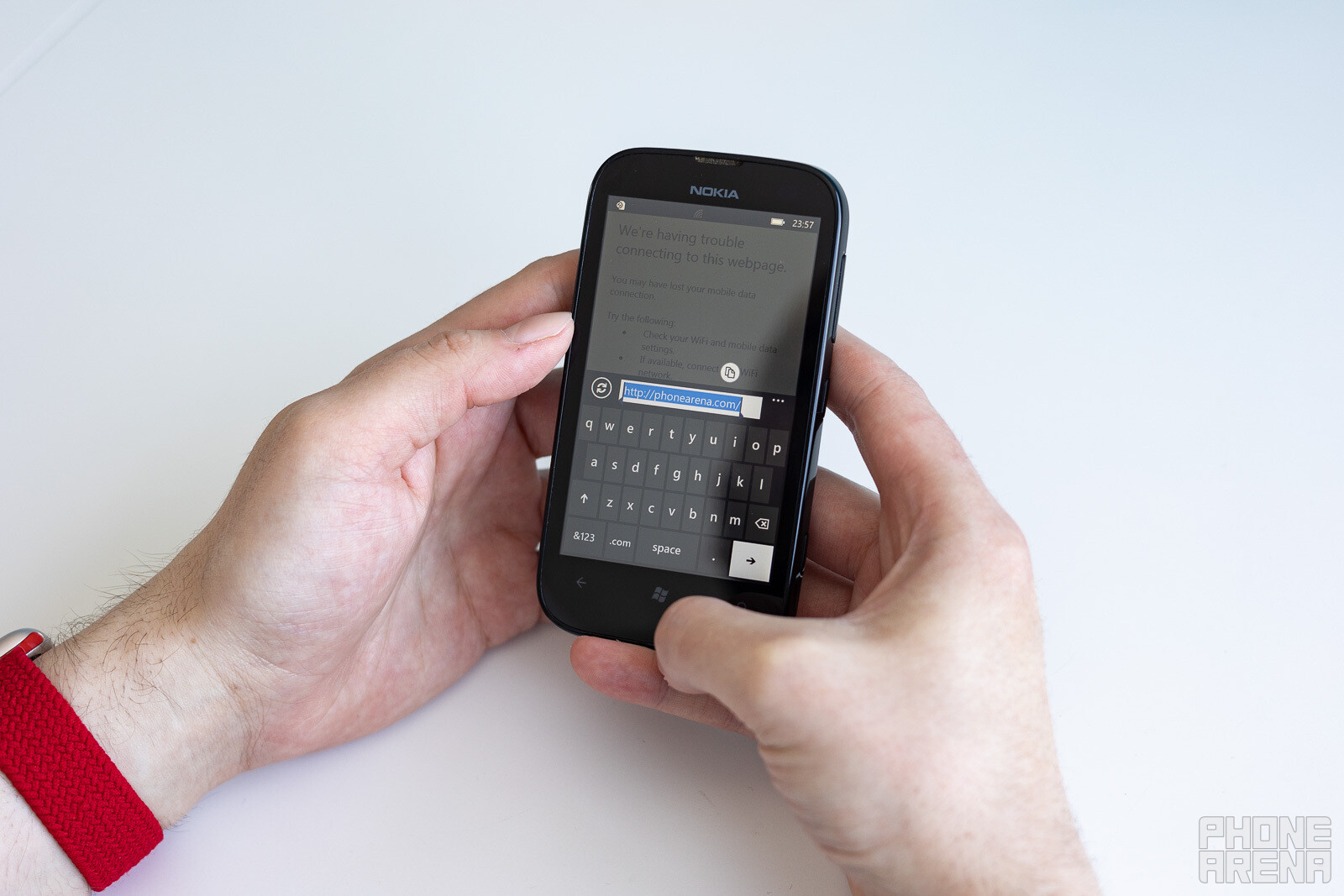 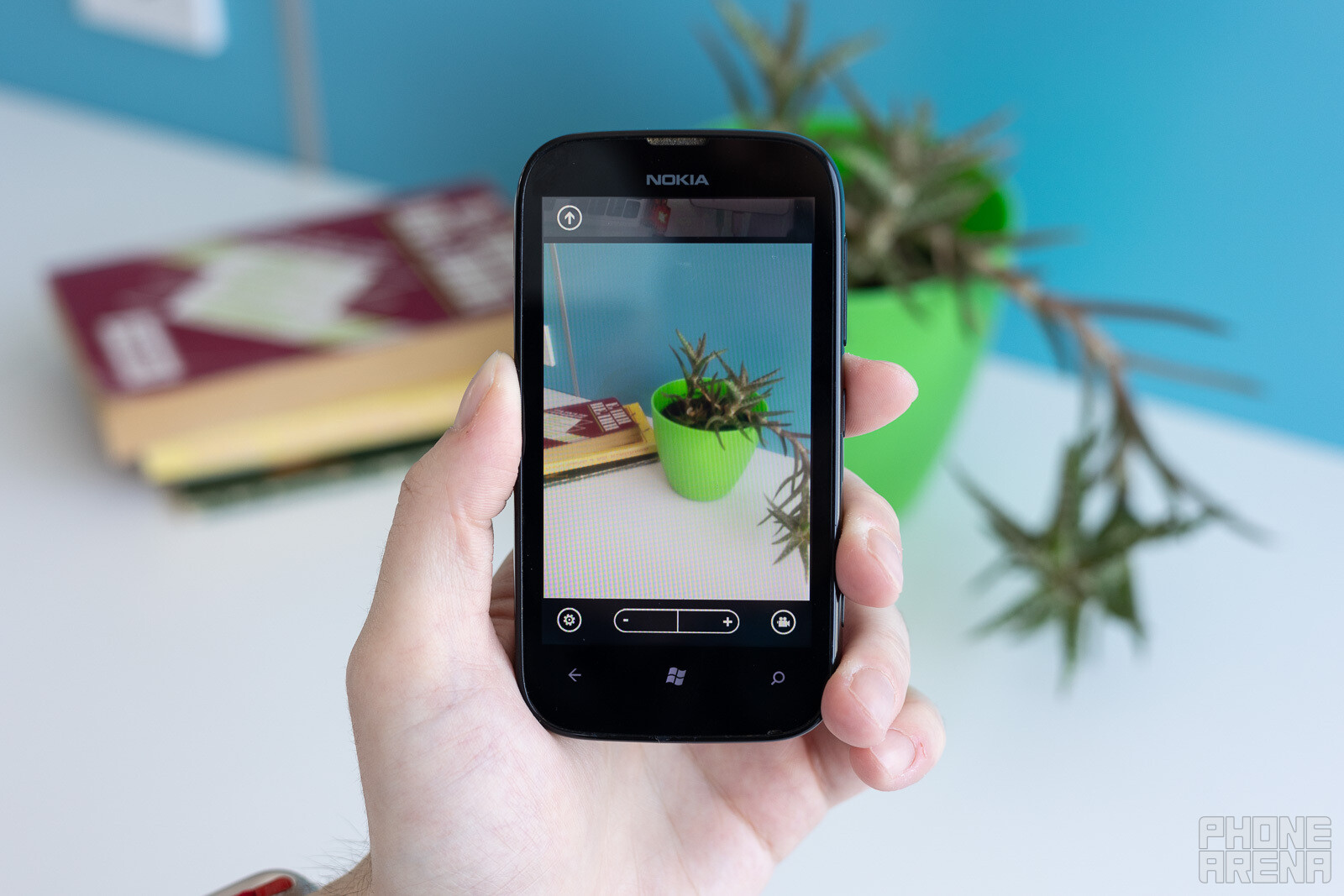 I know I am. But you know what? You can feed your nostalgia some more by making your current Android phone look like a Windows Phone. There are countless launchers in the Android app store that aim to make your home screen look like a Windows Phone home screen, with the tiles and all. And those have been around for over a decade, still kickin’ today.

So we can be sure that the Nokia Lumia brand, and the Windows Phone look, are still well beloved. I hope you enjoyed this look back at what was Android and iOS’ only real challenger in their early days. Running on a really neat, tiny, cute, budget 2012 Nokia Lumia 510.

Will we ever get a new phone OS to challenge Android and iOS again? It really doesn’t seem plausible… What do you think?

Also, do you have any fond Lumia memories of your own to share with us?

Camping tips for England and Wales: How to get off the beaten track and packing advice | Activity Holidays | Travel

“Younger Players Were A Little Careless”:…

A colorful Splatoon 3-themed Nintendo Switch OLED is on the…

Ranbir Kapoor calls the paparazzi ‘chacha and mama’ as they…

State pension payments may hit over £200 per week next year…