A new Batman has arrived as McFarlane Toys dives into the DC Comics Multiverse once again. This figure comes from two different worlds as McFarlane Toys has brought the Earth-2 Batsuit as seen in the game Batman: Arkham Knight. The Caped Crusader from Earth-2 follows a plan quite similar to ours, but Thomas Wayne did not die at the hands of Joe Chill in this world, just Martha. He reemerges years later only to be disowned by Bruce Wayne; after Bruce dies as the Batman, Thomas takes up the mantle honoring his son. McFarlane Toys brings this Dark Knight to life by featuring his red and black batsuit, and he does come with a batarang. If you need another batsuit for your Batcave, then this figure is a must, and it is priced at $22.99 with a March 2023 release date. Pre-orders are live right here, along with other new DC Multiverse figures with Riddler, Kalibak, and Fulcum Abominus. 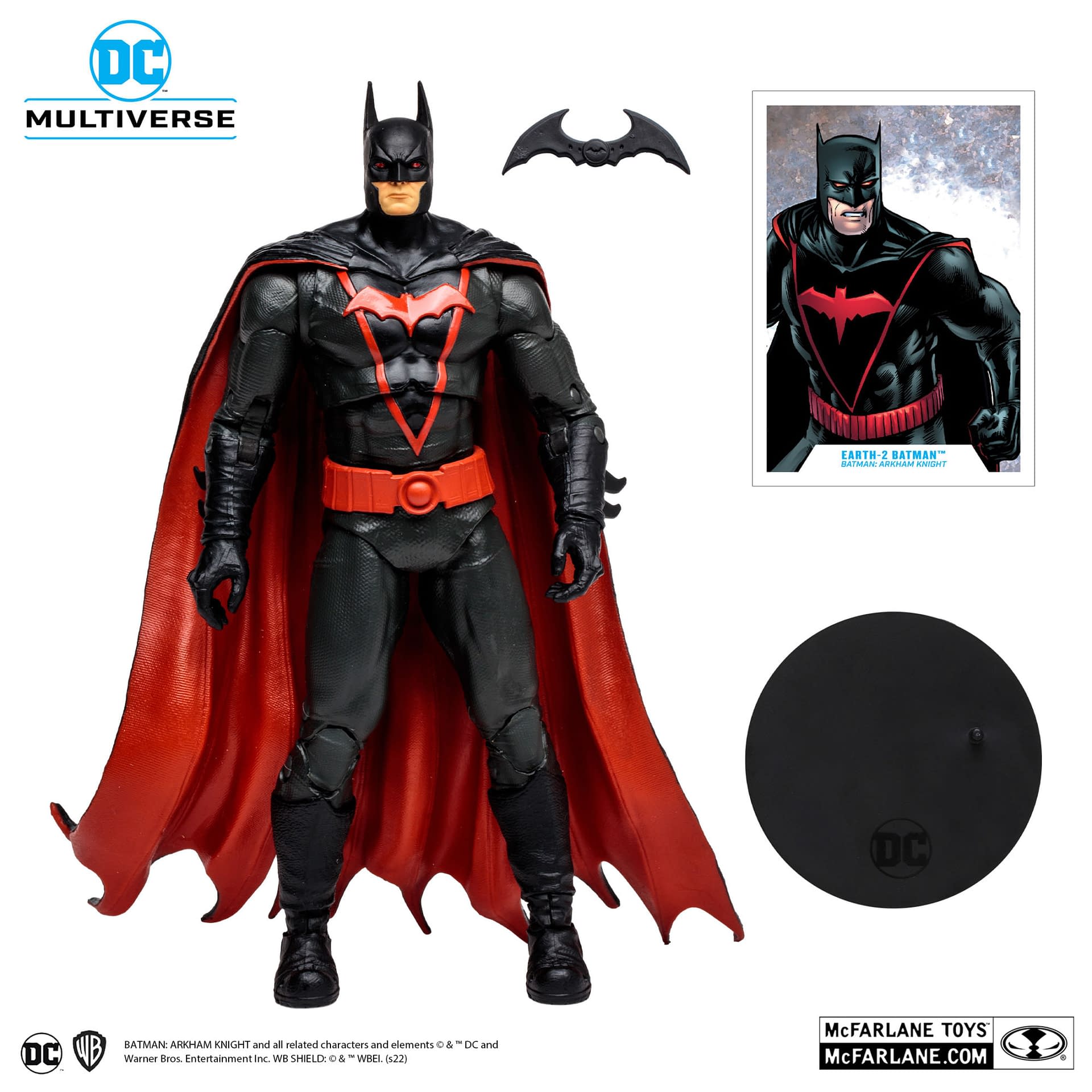 “In this alternate Universe, Thomas Wayne and Martha Wayne survived their deadly encounter in Crime Alley years ago, but their young son Bruce was killed instead. Driven by the death of his son, Thomas became Batman—though, this Dark Knight is far deadlier and more ruthless than the vigilante hero his son would have become.”

“Allegations Are Serious In Nature”: Anurag Thakur On Wrestlers Protesting Against Federation