The last three Merseyside derbies prior to the clash on Saturday ended 0-0. There was absolutely no chance of a record-setting fourth addition to the streak with the latest encounter producing a thrilling 2-2 draw.

Premier League table-toppers Everton were joint-leading scorers entering the fixture while Liverpool had conceded 11 times in their opening three games. Neither side were wholly confident in the goalkeeping department either with Jordan Pickford struggling for form and the error-prone Adrian filling in for the injured Alisson Becker.

Both Dominic Calvert-Lewin and Mohamed Salah maintained their goal-scoring form after Sadio Mane and then Michael Keane had found the back of the net initially.

Richarlison’s late sending off and Jordan Henderson’s stoppage-time goal which was ruled out for a Mane offside made for a dramatic end to the contest.

It was a fulfilling result for Carlo Ancelotti’s side at Goodison Park while Jurgen Klopp’s champions have already dropped five points from four games.

After four wins and a 100 per cent record to start the season, many wondered if we were witnessing another false dawn for Everton.

Despite surrendering that record with this draw, the Toffees will be pleased to remain unbeaten and stay at the top of the table.

Being formidable at home is a veritable quality of a team coming into its own and Everton have now suffered just one defeat in 15 games at Goodison Park under Ancelotti.

This battle against their bitter local rivals proved that they are indeed capable of challenging in the top six this season. The champions were naturally the better side overall but the Evertonians held their own and went toe-to-toe with Klopp’s troops.

Their unprecedented start to the season is unsustainable but their systematic approach under Ancelotti and the collaboration between some of their extremely talented players suggest they will continue to be a force to be reckoned with for the duration of this campaign. 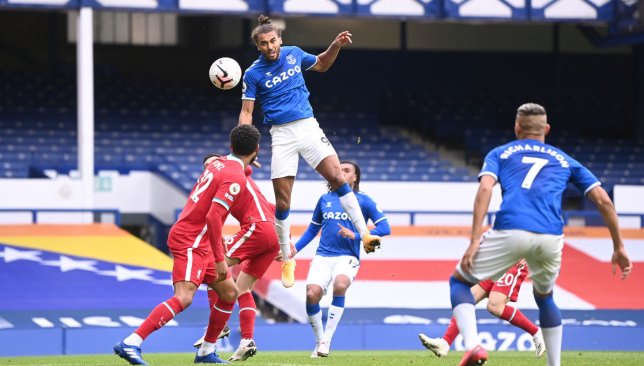 With his equalising goal in the second half, Calvert-Lewin became the first Everton player to score in each of the opening five games of a season since 1948.

Much has been made of his rapid development into the team’s main striker on the back of the input from Duncan Ferguson and the manner in which Ancelotti has used him in his system.

The Italian has placed plenty of faith in the 23-year-old and is reaping the rewards. His goal came from a Lucas Digne cross that was hung up at the back post. His extraordinary leap left Andy Robertson helpless as he towered above him to find the corner of the net.

The England striker already has seven league goals for the season and it’s this aerial prowess that will aid his production with the likes of Digne and the excellent James Rodriguez whipping in crosses for him. 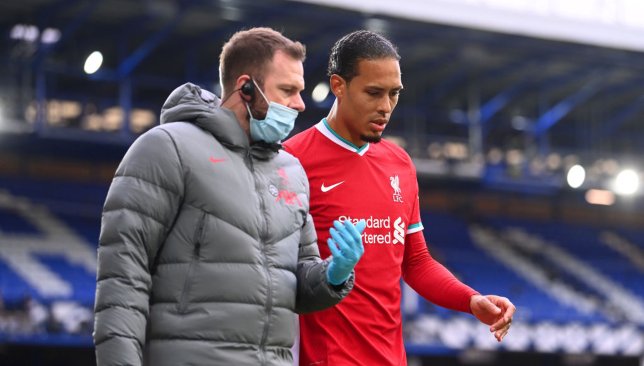 Alisson’s absence has felt prominent during Liverpool’s start to the season. Adrian simply isn’t capable of playing the sweeper-keeper role the Brazilian performed expertly and that has led to mistakes as well as a pronounced deviation from how the Reds cope in possession near their goal.

They aren’t able to pass the ball out from the back quite as fluently and an injury to Virgil van Dijk only exacerbates that issue.

The Dutchman was knocked down by a robust Pickford challenge that controversially faced no punishment because the offside flag was raised. He left the field immediately and Liverpool were noticeably weakened as a result.

Not only did they miss his ball-playing skills and leadership in defence, but they struggled to deal with Everton’s aerial assault as well. Calvert-Lewin in particular consistently had the beating of Joe Gomez and regularly attacked the back post with Robertson often vacating his position.

Having now conceded 13 times in just four games that has yielded only two wins, Liverpool can’t afford to make do without both Alisson and Van Dijk.