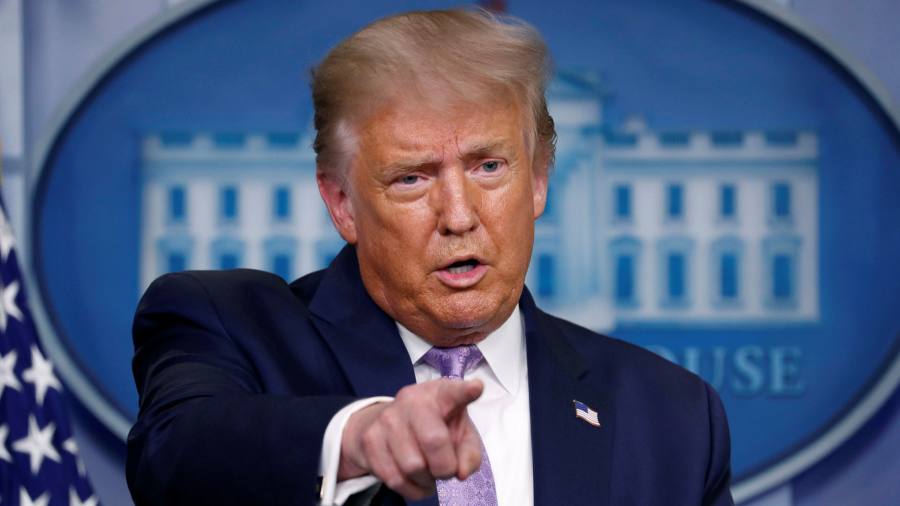 During the shambolic negotiations between Congress and the White House, one of US president Donald Trump’s proposals was to suspend the payroll tax funding social security for several months, ie long enough to buy some popularity before the elections. That was rejected by the Democrats for not covering the unemployed and for reducing the dedicated funding for the national pension system.

At the same time, there is a cross-party consensus that the Federal Reserve should not raise policy interest rates, and to continue open-ended funding of what will be an even larger federal deficit.

But Trump’s unloved (and cynical) proposal for a payroll tax cut, and the Fed’s path in the fixed income market are really the same thing: defunding Americans’ retirement income.

At the present trajectory of Fed policy, the 10-year bond will be close to yielding zero per cent by election day in November. The Fed will be trying to defend the “zero lower bound”, a set of points on a yield curve just above negative interest rates, for short-term funding. But by the time the 10-year rate gets within 10 or 20 basis points of the ZLB, the curve is telling you that there is no reward for saving money for the long term.

At that point, which by simple extrapolation comes in three months or so, fixed income investors will frantically chase yield from anywhere available. That is already happening.

Reported defaults and filings are far behind the reality

The Bank of America/ICE CCC index of yields on bonds one step away from default has rallied from 19.03 per cent on March 23 to 12.55 per cent on August 3. At the same time, actual defaults are rising fast. According to Fitch, 5.5 per cent of junk bonds defaulted in the year up to the end of July.

By the end of next year, the defaults will accumulate to higher than the yield on CCC junk. The courts are so backed up by covid-related closings and slowed procedures that reported defaults and filings are far behind the reality. So extreme yield chasing will end badly.

This is about desperation, not high spirits.

David Rosenberg of Rosenberg Research in Toronto says: “As the boomers head into retirement age, what do they need? Income. What has this Fed strategy done? It has stripped the markets of income and forced investors into growth stocks. Those are long duration stocks. Retirees don’t need duration. They need cash flow.”

For the moment, the capital gains in US pension and retirement accounts created by yield chasing have masked the shortage of cash flow signalled by the curve flattening. But the impoverishing of retirees will take on a new form as currency debasement whittles away the purchasing power of the tiny yields they have bought. Or so the gold price says.

Jim Grant, editor of Grant’s Interest Rate Observer, gives some thought to the particular sort of inflation experienced by the near-retiree: “I wonder if our monetary masters realise that they have created a rip-roaring inflation in the cost of retirement. The lower the interest rate, the greater the principal required. At a 5 per cent yield, a $1m nest egg delivered $50,000 a year. You need a fivefold larger egg to produce that at 1 per cent.

The public pension fund beneficiary who may or may not be aware of how precarious his future has become, can look forward to higher taxes, as the actuaries and portfolio managers plead for new capital infusions from the rate payers. All in all, one must wonder just how stimulating is monetary stimulus.”

The Social Security System looks as though it has a sounder actuarial basis than private pensions and retirement savings. The (financially positive) effects of early deaths are, however, more than offset by declines in tax revenues from employed workers. Social security will need some combination of increased taxes and decreased benefits by 2034, about a year earlier than previous projections.

To my way of thinking, the worst news for all retirement prospects is the continuing decline in the US total fertility rate, ie the number of children an American woman is likely to have in her lifetime. That has continued to fall since 2008, and is now at an all-time low of 1.75. Anything lower than 2.1 means the population is not replacing itself.

Those are the workers who will not available to produce the tax revenues or corporate cash flow needed to pay for future retirees. So you have to keep working, if you can.