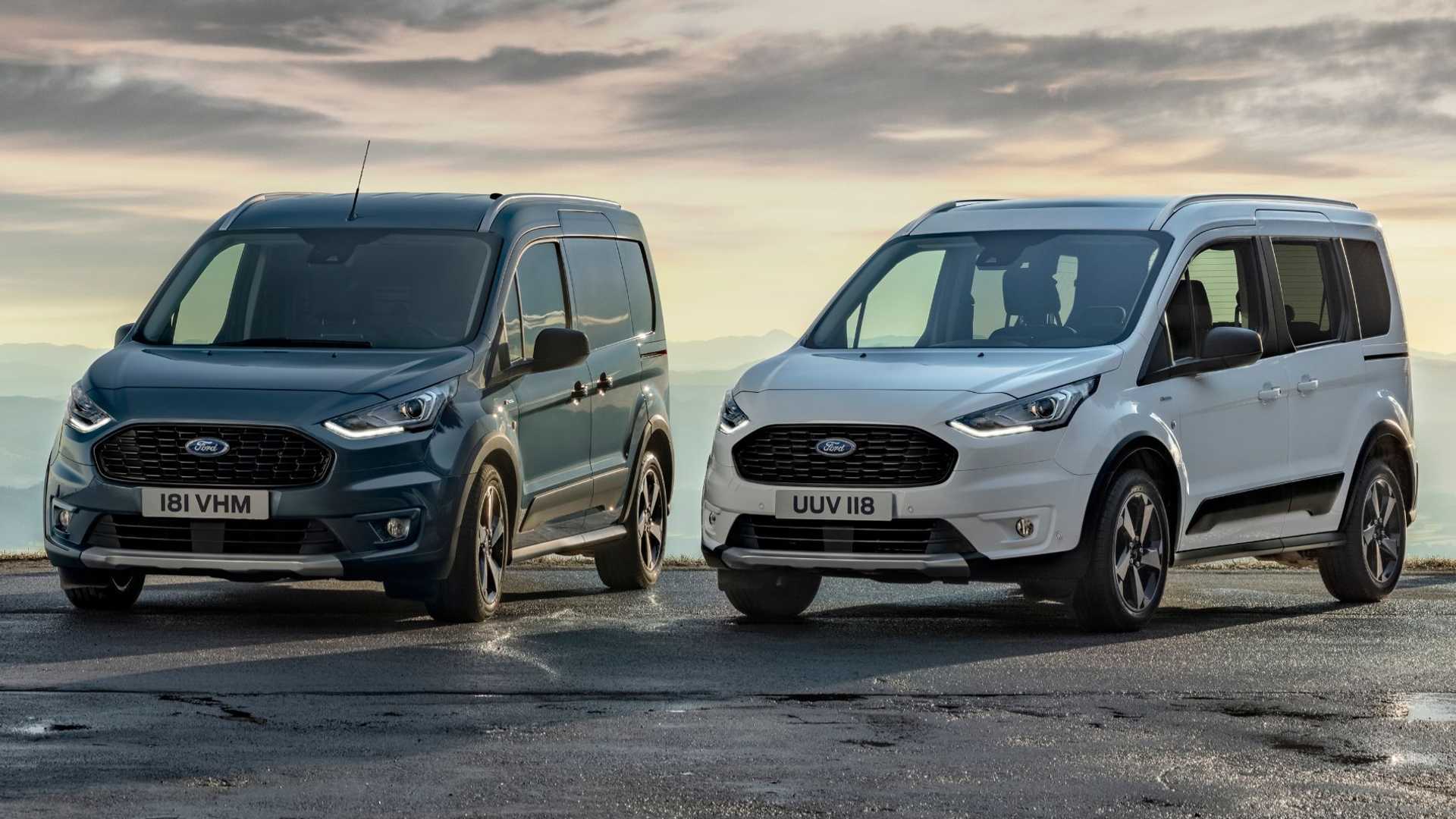 Ford has created a new Active version of the Tourneo Connect MPV and the Transit Connect van on which it is based. Hot on the heels of the new Transit Custom Active, which was revealed just a few weeks ago, the fresh models arrive with some tough-looking body cladding on the European market.

Like every other Active model in the Ford range, the newbies are based on conventional vehicles, so despite the “SUV-inspired” styling, four-wheel drive is not on the cards. However, Ford will sell you an optional limited-slip differential to maximize traction from the two wheels that do transmit power to the road.

That system comes alongside a revamped traction control set-up, which is designed to make the most of the differential’s characteristics. Combined with the raised ride height, providing increased ground clearance, Ford says the system allows drivers to “more comfortably tackle wet, slippery and challenging surfaces”.

Most of the changes, however, only run skin deep. As well as the chunkier bumpers, the Active models get front and rear skid plates and roof rails as standard. Eagle-eyed readers will also note the mesh grille and the exclusive 17-inch alloy wheels, not to mention the extra cladding around the side sills and wheel arches.

Customers will also get an “Active decal” and badges on the front wings, as well as a choice of two new colors. Sedona Orange and Solar Silver will both be available to complement the other Active additions.

Inside, meanwhile, there are exclusive seat trim patterns and stitching, as well as blue contrast detailing and Active branding. The metallic scuff plates on the front door sills are also embossed with the Active logo, just in case the point needed further emphasis. Apart from these visual tweaks, though, the Transit and Tourneo Connect Active models are pretty much identical to their conventional stablemates.

Whichever version you choose, the vehicle will come with one of Ford’s 1.5-liter EcoBlue diesel engines hiding under the hood. Available in 100 hp and 120 hp forms, the engines come with a choice of six-speed manual or eight-speed automatic gearboxes. If you want the limited-slip differential, though, you’ll have to go for the more powerful engine.