Follow us into that special room in Mountain View, California where only those making decisions for Google at the highest levels are allowed to enter. On this day, a momentous decision was on the schedule. What would be the name of the sequel to Google’s first homemade Tensor chip? No doubt the company had thousands of documents and pages of statistical analysis to look at.

After hours of tension-filled conversations interrupted only to continue the next round of Google’s company-wide foosball championship, a decision was, well, sort of made. The sequel to the Google Tensor chip, likely to make its debut on the Pixel 7 series, would be tentatively named the Tensor 2. Yes, all of those brain cells were firing at top speeds only to deliver a half-assed tentative name for the second-generation Tensor chip. 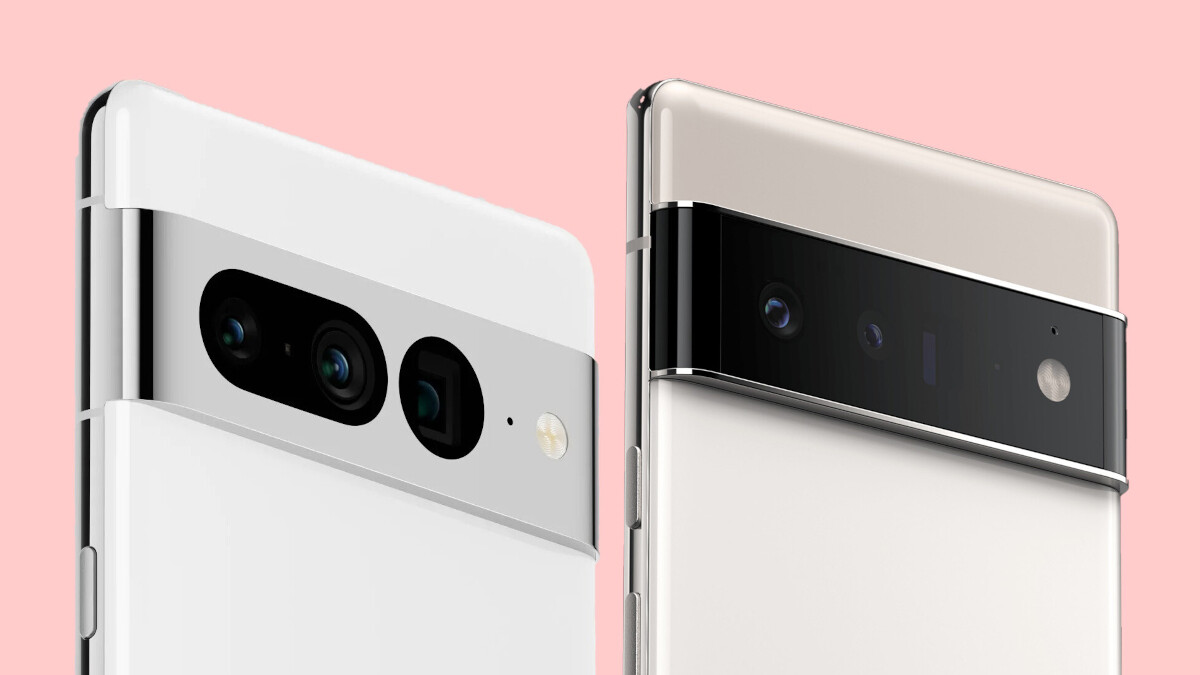 Pixel 7 Pro at left, Pixel 6 Pro on the right

Now we can’t say for sure that this is exactly how things went down at the Googleplex that day, but according to Android Authority, expectations are for Google to work with Samsung once again on the second-generation Tensor chipset which will be produced by Samsung Foundry using its 4nm process node. Usually, the lower the process node, the smaller the size of the transistors used on a chip. That allows more transistors to be shoe-horned inside making the chip more powerful and energy-efficient.
The 4nm LPE process node expected to be used to manufacture the Tensor 2 has already been used by the foundry to build the Exynos 2200 chipset that drives the Galaxy S22 line in most parts of the world. Samsung also used the same process node to build Qualcomm’s Snapdragon 8 Gen 1 chipset.
The second-generation Tensor chip should come with an upgrade to the chip’s Tensor Processing Unit (TPU) which combines the chip’s AI capabilities with its audio and image processing. This allows Google to deliver features to the Pixel 6 series such as the Magic Eraser, the Pixel’s amazing photo processing, and the real-time language translation available with the Live Translate feature.
Related Posts

The Facebook Watch app may no longer support Apple TV

Magic Eraser is one of the most discussed features of the Pixel 6 series. It allows the user to eliminate unwanted and distracting people, items, and objects from a photo without using expensive third-party software. Live Translate’s Interpreter Mode allows Google Assistant to act as a digital interpreter. It translates a sentence you’ve just said in your home language into the language of the person sitting next to you.

When the person replies in his/her own language, the Assistant translates it back to English and says it out loud. Personally, it and Magic Eraser were two of the features that impressed this writer during the unveiling of the Pixel 6 and Pixel 6 Pro series last year leading yours truly to switch back to the Pixel from the iPhone 11 Pro Max. To activate the mode, open Google Assistant and ask Google to be your interpreter.

Speaking of the Pixel, tomorrow is June 6th which makes it the first Monday of the month. Not only does this mean that compatible Pixel models will receive the monthly Android security update, it also means that models from the Pixel 4 and up could receive functional updates to exterminate bugs.

And tomorrow’s treasure trove of updates is also expected to include the Quarterly June Pixel Feature Drop. Unless you’ve been living in a Pixel-free country, you are probably aware that Pixel 6 Pro users could find their phone sporting the Face unlock facial recognition system once they install the new software update on their phone.

This is a story that we will be on top of throughout the day tomorrow so keep checking in right here. Throughout the day, you can open the Settings app on your Pixel and go to Settings > System > System update. If there is an update ready, you’ll be prompted to tap on the appropriate button to start the updating process. Here’s hoping for some cool new features for the Pixels and the addition of Face unlock for the Pixel 6 Pro.

Have you heard? Prabhas surprises Prashanth

tds: Banks to move government on TDS on loan waivers

The Return of Moon Knight