Green Spacs burst on to market 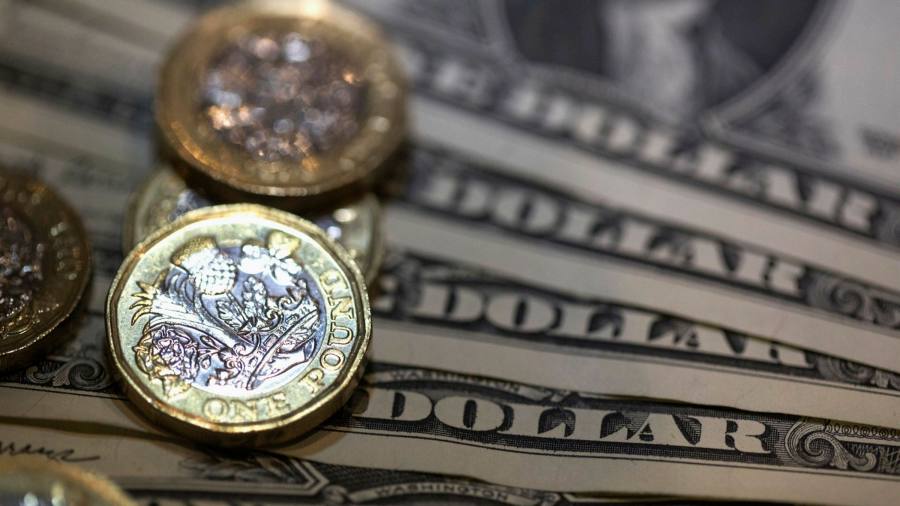 Welcome to Moral Money. Today we have:

On Monday, AEA Investors, a private equity firm, and Bridges Fund Management, a large UK impact investment manager, debuted a sustainable Spac that is looking to raise $400m. The Spac will be on the hunt for businesses that align with the UN’s Sustainable Development Goals.

Interestingly, the Spac’s leadership will also be looking to acquire and burnish businesses that have a poor sustainability story at the moment. The goal here is to overhaul “currently negative aspects of business operations to generate positive outcomes”.

The Spac’s leaders, who include Michele Giddens, co-chief executive of Bridges, were unavailable for comment because the Spac is in a quiet period. But they have joined a growing list of green investors looking to raise sustainable cash with Spacs.

Earlier this month, David Crane, former chief executive of power producer NRG Energy, debuted a $200m Spac to fight climate change. The Spac, which has partnered with Pimco private funds, will be looking for renewable energy and energy efficiency opportunities as well as carbon capture, utilisation and storage technologies.

Not to be left out, private equity firm TPG launched this month a $350m Spac seeking businesses with ESG qualities that can be improved, among other things.

With almost $1bn in desired fundraising, the Spac bankers know there is demand from socially conscious investors. But these new products are likely to draw quick scrutiny from the diehard impact investment community, which is increasingly wary of Wall Street’s green antecedents; it may also raise eyebrows among mainstream investors who fear that the entire Spac concept reflects an asset bubble. (Patrick Temple-West)

“We wouldn’t have seen this five years ago. Something has changed.” That was the verdict of Jamie Bonham, director of corporate engagement at NEI, which runs socially responsible mutual funds, after news broke that mining group Rio Tinto had removed its CEO and two other top executives over the destruction of a 46,000-year-old indigenous site in Australia.

Quite so. When the row erupted in May, Rio’s board reacted by just cutting the bonuses of the three executives. But that so incensed the local community — and investors such as NEI — that heads rolled. More notable still, this occurred even though the company’s share price has outperformed this year and Rio has made ESG-friendly moves recently (such as reducing activities around thermal coal).

This has three important implications. First, boards need to get better at reading the public mood given how quickly social media can fuel protests. The #MeToo movement was just an early warning of this. Second, investment groups are joining forces with activists in an increasingly savvy way — and investors are becoming more terrified about reputation risks.

Third, as Brooke Masters notes in the FT, company boards need lateral vision to cope with a bewildering new range of ESG pressures. Some might say this flies in the face of Milton Friedman’s edict that company boards exist to maximise returns. But here is the other point that this saga illustrates (which was echoed at a Chicago Booth panel last week): if an executive wants to live by Friedman’s creed in 2020, they would be foolish to ignore ESG — precisely because it can have an impact on returns negatively and their job. (Gillian Tett)

Are infrequent flyers the key to net zero targets?

As a Science Based Targets report noted this week, almost 1,000 companies have already committed to net zero emissions targets. But those CO2-reducing goals are being approached inconsistently, making it difficult to assess their contribution to the goal of limiting global warming to 1.5C by 2050.

The pandemic may have added new incentives, however. This week, when PwC announced a commitment to decarbonise its operations and supply chain by 2030, it pointed out that consultants flying around the world generate about 85 per cent of its carbon footprint. After six months of coronavirus-induced videoconferences, it is looking to a permanent reduction in business travel to cut that footprint — not to mention its travel budget.

Doing so may not simply mean halving the number of business trips, Bob Moritz, PwC’s global chairman, tells Moral Money. Technology now allows it to make smarter choices about what model of aircraft you book and what route it takes, he notes.

We can expect more pressure on other companies to take such actions. Climate Action 100+, a group representing investors with more than $47tn of assets, this week called on 161 of the world’s largest greenhouse gas-emitting companies to put in place a net zero strategy for 2050 or earlier. That could make frequent flyer miles a lot less frequent. (Andrew Edgecliffe-Johnson)

Mexico, whose president Andrés Manuel López Obrador is a self-styled champion of what he calls a new “moral economy”, has become the first country to issue a bond linked to the UN’s Sustainable Development Goals.

Mr López Obrador’s administration says the move will enable the government, which has resisted issuing debt during the pandemic and recently presented an austerity budget for 2021, to tap into a new pool of ethically focused investors.

The new issue is intended to finance social goals, such as financial inclusion and combating inequality. But the irony is not lost on Moral Money that the Mexican government is also building a new oil refinery and has also tried to displace renewable power generation.

Over the president’s nearly two years in office, investors have seen that Latin America’s second-biggest economy is not at risk of default and Mr López Obrador is not a spendthrift populist, making the new bond appealing.

Indeed the €750m seven-year bond was 6.4 times oversubscribed and 44 per cent of the buyers were sustainable investment-focused funds. The bond will yield 1.603 per cent and pay the second lowest coupon ever achieved by Mexico for a euro-denominated bond at 1.35 per cent. (Jude Webber)

Since taking over as chief executive of Philips in 2011, Frans van Houten has reshaped the sprawling electronics conglomerate — selling off various parts of the business and transforming the company into a medical technology specialist. The group is much more profitable than when he took over and has seen its share price rise about 75 per cent.

And according to Mr van Houten, sustainability has been at the core of his plan from the beginning. Now Philips is setting new ambitious ESG targets tied to the UN’s Sustainable Development Goals.

“We had a chance to kind of reinvent the company. And so invariably, that was a moment where we said ‘What does Philips stand for?’” he told Moral Money.

A big part of the plan is to reduce Philips’ carbon footprint across its supply chain in line with the 1.5 degree warming target outlined in the Paris climate accord.

Philips also intends to improve the lives of 1m workers in its supply chain. “We check all living conditions. We ask [about] the wages. And we track progress,” said Mr van Houten, adding that Philips would change suppliers if it was not satisfied with how they were treating workers.

Philips has also committed to paying its fair share of taxes, which it views as a “a social value contribution to the local community”.

Thus far, shareholders have been receptive. Since shifting to medical technology, Philips has attracted much more long-term minded investors, said Mr van Houten. While some previous investors may have deemed him a “hero” if he were to slash R&D and juiced profits for a few years, the company’s shareholders today are thinking differently.

“They actually asked me, are you investing enough in R&D? Should you not do more? The conversation has completely changed.” (Billy Nauman)

Nikkei’s Tamami Shimizuishi keeps an eye on Asia to help you stay up to date on stories you may have missed from the eastern hemisphere.

To help bridge the gap between investors and issuers in the green investing space, the Asian Infrastructure Investment Bank, the Beijing-based development bank, and Amundi, Europe’s biggest asset manager, have teamed up to launch a new framework aimed at developing nations.

The move is striking because western environmental groups have expressed concerns in the past that Chinese development projects in emerging markets might ignore green issues — and operate to different standards from western multilateral groups.

Amundi, along with the AIIB, has created a tool to measure issuers’ alignment with the Paris Agreement and translate it into simple investment metrics to determine which ones are eligible for investments from the AIIB. “From Amundi’s experience, there are several bottlenecks for climate investing which are only multiplied in emerging markets,” said Yves Perrier, chief executive of Amundi, during an online conference last week.

Jin Liqun, president of AIIB, said the partnership with Amundi would showcase how Asians and Europeans in the private and public sectors could work together to reduce the duration of green transition. “Let me be very clear. I am not going to finance any coal-fired power plants,” he said.

Chart of the week

Black and Hispanic chief executives are few and far between at the largest companies in the US, but those who have cracked the glass ceiling on average make more money than their white counterparts, according to new data from Institutional Shareholder Services. (FT)

Plug-in hybrids are a ‘wolf in sheep’s clothing’