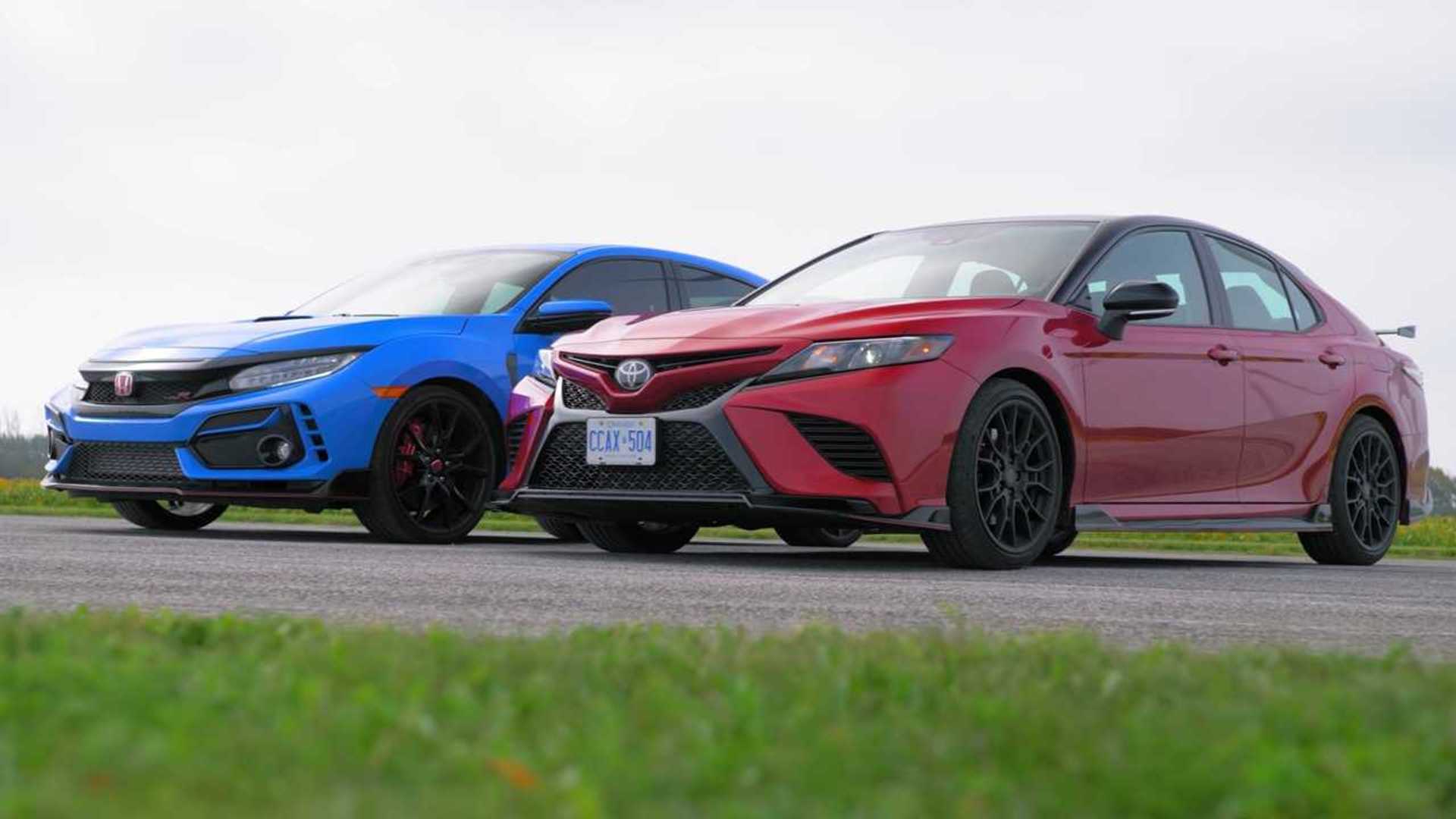 The folks at Throttle House enjoy setting up drag races with unorthodox vehicles. This is probably your only chance to see how the Honda Civic Type R performs up against a Toyota Camry TRD and Honda Accord.

As a refresher, the Civic Type R has a 2.0-liter turbocharged four-cylinder making 306 horsepower (228 kilowatts) and 295 pound-feet (400 Newton-meters) of torque. The only gearbox choice is a six-speed manual driving the front wheels. Prices start at $37,495 (plus a $955 destination fee).

The drag race is fascinating. The Camry takes an early lead because the Civic Type R is difficult to launch. The Toyota stays in front for a while, but the Honda eventually comes into its power. The hot hatch wins but not with an overwhelming victory.

In a run from a roll, the Honda wins again and does it with a larger margin. The Toyota still puts in an impressive performance, though.

Despite having less power than the Civic, the Accord’s 10-speed automatic helps the engine remain in the peak of the power band. The result is a race with a far closer finish than the specs would suggest. The CTR wins by a nose.

From a roll, the Civic Type R does a little better, but the Accord is still nipping at its heels. Given the lower price, the races make the 2.0-liter Accord seem like a performance bargain.