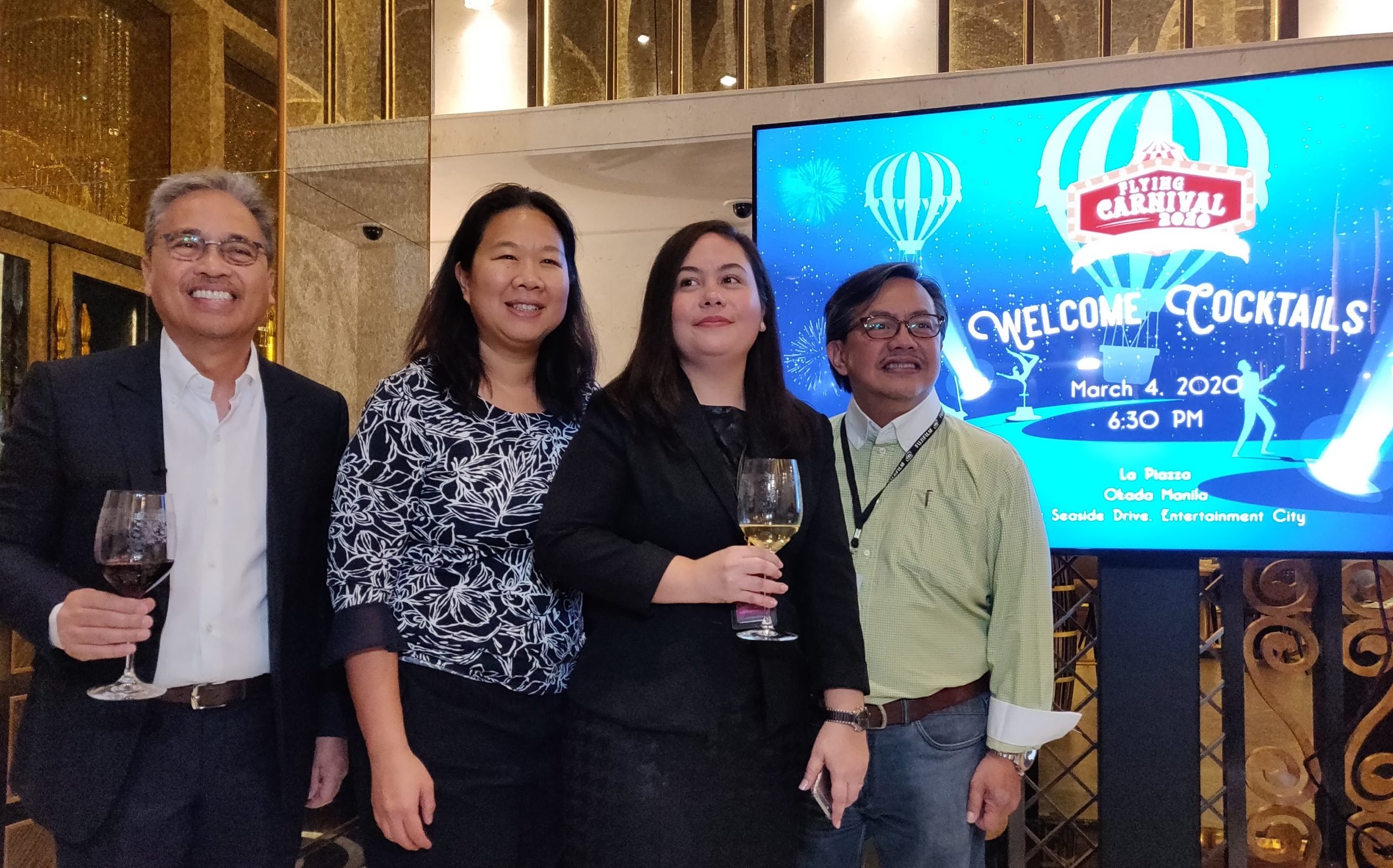 PARAÑAQUE CITY, Philippines — The skies in Cavite will be extra colorful this weekend.

Organizers of the Philippine International Hot Air Balloon Fiesta decided to take the annual event southward. It has been held in Pampanga—in Clark and in Lubao—since its inception 23 years ago.

This year, the San Lazaro Leisure Park in Carmona, Cavite, will host the spectacle, with this edition dubbed “Flying Carnival 2020.”

“We would like to let everyone enjoy flying. The south is a big area where everybody is excited to fly and see the balloons,” event organizer Capt. Joy Roa said in an interview at the launch party hosted by La Piazza restaurant in Okada Manila in Parañaque City on Wednesday evening.

Some of the pilots who flew in from different parts of the world also attended the gathering.

But with several big events getting cancelled or postponed amid the COVID-19 scare, Roa said finding reasons to push through with the event is just the same as “finding excuses to give up.”

The planning, he said, took almost half a year, this being an international event.

“Unlike the other events (which were cancelled), this one will be in an open-air area,” Roa said.

“We’ll take the necessary precautions. We have thermal scanners as people come in. And we have Medical City on standby, so that we can take care of everybody in case there is any doubt if anybody is feverish or whatever,” he continued.

The event also found a partner who shares its vision to provide fun amid a global coronavirus scare.

Okada Manila’s public relations manager, Donna Patricia Manio, said the partnership is logical because “we want to give fun experiences to guests…and this is a really storied festival, the biggest in Asia, where a lot of people enjoy.”

She also said it ties in with their arts and culture advocacy, the festival being a cultural event “people look forward to every year.”

This year’s event may be held in a smaller venue compared to the previous editions, but it still offers something which annual revelers may find interesting to witness.

The event, which runs from March 6 to 8, will also have helicopters and air sports events, aviation career seminars for those interested in pursuing a career in the industry, fly markets, food booths, and family entertainment.

“We have jugglers, stilt walkers, and clowns. We also have a big drone activity, one of the biggest in the country,” Roa added.

Hot air balloon pilots from the United Kingdom, United States, Japan, Germany, the Netherlands, Belgium, Spain, France, and Turkey will join Filipino participants in the annual festival. If you also love balloons, then check out this wholesale balloons site and enjoy it with family.

CCPA and the Need for Data Anonymization

Will I Be in Control If I Use a PEO?