How to properly use Skills in Black Ops Cold War Zombies 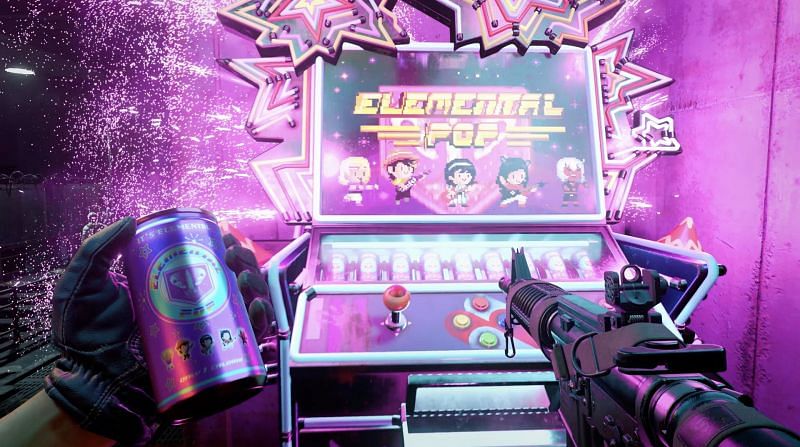 Skills are an important asset to utilize in Black Ops Cold War Zombies.

Skills in Black Ops Cold War Zombies can be categorized into two areas. There are Field Upgrades that players can spawn with and, there are Perks found around the Die Maschine map that give special boosts.

It is very easy to see that a Skill is available to use or purchase. The smart move is to assess the situation and only use or purchase a Skill when absolutely necessary. Surviving Black Ops Cold War Zombies depends on it.

How to properly use Skills in Black Ops Cold War Zombies

Field Upgrades are available from the start of Black Ops Cold War Zombies. Players can choose from five different Field Upgrade Skills. Each one can be upgraded with the rare Aetherium crystals a total of three times.

They do have a recharge time after each use, but using them at the right time can be a game changer.

Frost Blast: Frost Blast is best used when a large amount of Black Ops Cold War Zombies are closing in. Moreover, a teammate should be nearby to start shooting them immediately. This will prevent any delay from the player having to bring out a weapon.

Energy Mine: The Energy Mine should be used in a similar situation to Frost Blast. There will be plenty of opportunities in Black Ops Cold War Zombies to gather a mass of the undead together. When followed by a train of Zombies, fire the Energy Mine to watch them explode.

Aether Shroud: The Aether Shroud can be used freely, but should be saved for dire situations. The best bet is for a player to use it when being overrun. It is a great way to escape certain doom.

When levelled up completely, it allows the player to teleport forward a short distance, making the getaway even smoother.

Healing Aura: The Healing Aura might just be the best Field Upgrade in Black Ops Cold War Zombies. It should not be used selfishly.

Healing Aura instantly heals the team to full health. Upgraded versions can revive downed teammates and even knock back some enemies. When health is on the brink, pull the trigger.

Ring of Fire: Ring of Fire is a fun Field Upgrade to use. It literally creates a ring of fire that the team can enter. Inside of it, damage is boosted and any normal Zombies that enter take burn damage. This one is best used later in the rounds when dealing heavy damage is the only way to take out the enemies.

Much like in previous editions, Perks are Skills that can be bought throughout the Black Ops Cold War Zombies map. These can also be upgraded to provide even more help when used.

Money in Black Ops Cold War Zombies is typically plentiful. There should be no worry about buying these perks. Only buy these special Skills if the money is available, then decide if it is the proper time for it.

Jugger-Nog: Jugger-Nog is a necessity in the later rounds. Completely levelled up, Jugger-Nog will provide Black Ops Cold War Zombies players with 100 additional health. Health is crucial when the Zombies are doing massive damage.

Quick Revive: Quick Revive can be completely avoided with a fully upgraded Healing Aura or Jugger-Nog. If either of those are unavailable, Quick Revive works best when the Zombies are vast, but not too overwhelming.

Be sure to have a teammate lead them away with a decoy or by getting their attention.

The time for this is preferential, much like Speed Cola. If a player is constantly getting caught by Zombies, being a little faster can help.

Deadshot Daquiri: Deadshot Daquiri is a wonderful Perk to purchase later in the rounds. When the Zombies are becoming too much to handle, a literal in-game aimbot is awesome.

The base Skill removes scope sway and locks the weapon on the enemy’s critical hit location. Upgrades include doing 100% extra critical damage on enemies with full health, increased damage against armor pieces, and reduced hipfire spread.

Elemental Pop: Elemental Pop gives weapons in Black Ops Cold War Zombies a random Ammo Mod. That could be anything from burn damage to Brain Rot which turns affected Zombies friendly. This can be used freely, if it is at all necessary.

Elemental Pop is a fun Perk, but not one to focus on. The first upgrade allows equipment to deal Ammo Mod damage. Tier 2 reduces Ammo Mod cooldowns. Lastly, the third tier sees a random Ammo Mod using the current Skill Tier rather than the base.

State pension warning: Starting amounts may be lowered if…