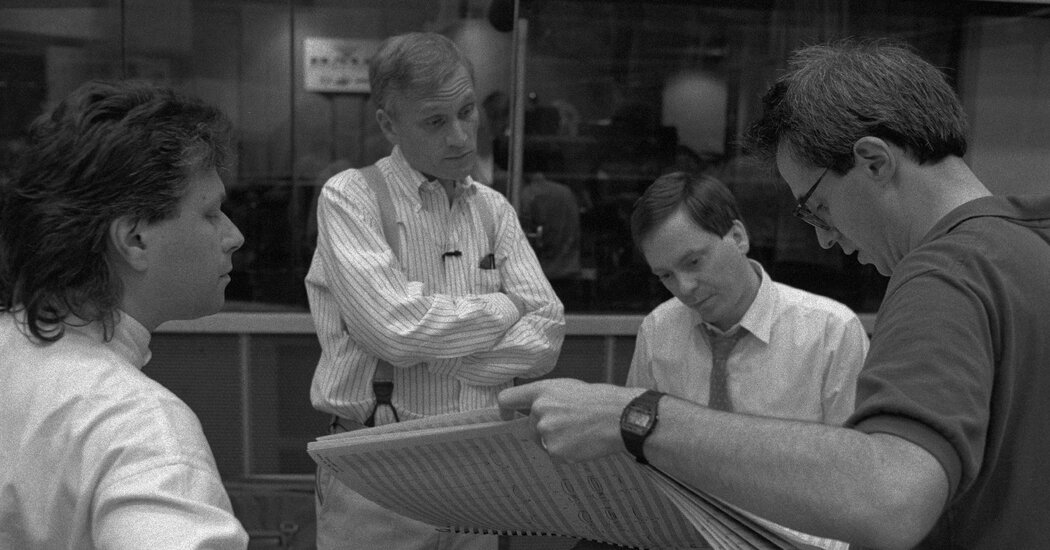 Two years ago, T: The New York Times Style Magazine published the photographs of more than a hundred of the city’s artists who had died of H.I.V./AIDS — a shocking record of creativity cut short and careers unrealized.

Howard Ashman, the lyricist behind Disney classics like “The Little Mermaid,” “Aladdin” and “Beauty and the Beast,” just 40 when he died of AIDS in 1991, wasn’t in that photo array; but I thought of it as I watched “Howard,” Don Hahn’s warm yet poignant documentary about this prodigiously talented man. Like that magazine spread, “Howard” is a film intimately aware that no celebration of a life can be uncoupled from the emptiness left in its wake.

As we stumble through another plague, that seems fitting. Yet “Howard,” borne along by wonderful songs and Ashman’s playful delight in his work, is the opposite of mournful.

Drawing entirely from abundant period footage — cassette tapes of interviews and song demos, home movies, film of Ashman at work in recording sessions and writing rooms — Hahn steers clear of talking heads. Friends and family and collaborators speak mostly off-camera, their voices a gentle undercurrent to the lyrics that dance across the screen.

Almost three decades later, these words have only gained cultural force as stage and live-action versions of the original animated movies are either completed or planned. And as we’re guided gently through Ashman’s Baltimore childhood, his founding of a small theater company in New York City and his fruitful partnership with the composer Alan Menken (beginning with their astonishingly durable “Little Shop of Horrors”), we see both the strength of Ashman’s artistic vision and its fearlessness. Whether adapting a Kurt Vonnegut novel or a Roger Corman movie, Ashman refused to be deterred by more cautious advisers. He wanted to fuse music and narrative in aggressively new ways.

Not until he joined Disney, though, did he find his true home. Seeing animation as a natural fit for musicals, he helped revive the studio’s languishing animation division and taught others how to shape a character’s story through song. Charmingly buoyant sequences — like Angela Lansbury and Jerry Orbach singing a duet at a recording session for “Beauty and the Beast” — slide smoothly into more ruminative moments, as Ashman sickens without revealing his diagnosis.

Concerned about how a family-oriented studio would react to his illness, he continued to attend press junkets, even writing, toward the end, from a hospital bed. He would die before knowing he had been awarded the Oscar (with Menken) for the title song in “Beauty and the Beast,” only one of the many magical pieces he left behind. Yet, by the end of “Howard,” it’s the songs we’ll never hear that may haunt us most.