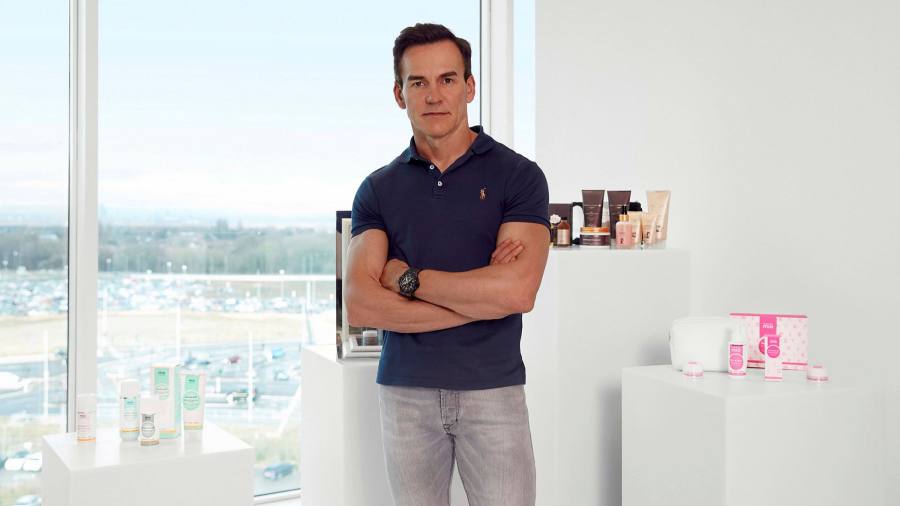 Shares in health, beauty and nutrition retailer The Hut Group soared nearly a third on their debut in London on Wednesday, providing a boost to a market struggling for new listings during the pandemic and in the run-up to Brexit.

The Manchester-based online retailer used its initial public offering to raise £920m for the company and an additional £961m for existing shareholders. Shares jumped 20 per cent at the open and reached a high of 658p, up 32 per cent from the IPO price of 500p, before easing back to a 27 per cent gain.

The deal gave the company an opening valuation of around £5.4bn and marked London’s largest IPO since Allied Irish Banks in 2017, and the largest by amount raised since Worldpay, a payments processor, in 2015. Across Europe, only coffee group JDE Peet’s has raised more on its debut this year.

Phil Drury at Citigroup, the joint co-ordinator of the offer, said the deal had received “multiple levels of oversubscription” and that investors had not been put off by Hut Group’s unusual corporate governance arrangements.

Matthew Moulding, who founded Hut Group in 2004, is both chairman and chief executive, putting the company at odds with a 2018 UK code that calls for a separation of the roles. Mr Moulding — who controls companies that will receive around £19m a year in rental income from The Hut Group — has also been issued with a “special share” that gives him an effective veto over unsolicited takeovers for three years.

Mr Drury said that investors were typically “comfortable with founders using such devices to maintain a degree of control”.

European IPO activity has been sluggish this year, as companies that had considered going public put plans on ice when the coronavirus pandemic upended markets in March.

Only a handful of groups that benefited from the dramatic changes prompted by the Covid-19 outbreak have listed on European exchanges, including video conferencing service Pexip.

The London IPO market has been particularly slow, reflecting additional concerns over how Brexit might alter the UK’s financial services industry, according to bankers and investors. In the year to July, just 13 companies listed their shares in London, compared to 58 in the same period in 2018.

The Hut Group’s corporate governance structures meant the company had to pursue a “standard” rather than “premium” listing. They also mean that its shares are ineligible for inclusion in FTSE indices.

JPMorgan Cazenove, Citi, Barclays and Goldman Sachs were joint global coordinators on the deal, while HSBC, Jefferies and Numis acted as joint bookrunners.

Manufacturers Might Be Asked To Offer Incentives Under New…