Days after Ellen Adarna soaked up some sun rays from a balcony amid the community quarantine, she now seems to be in a better state as she recently spoke about dealing with anxiety and depression.

The actress explained how she handled her mental health issues in a video on her Instagram page last Friday, March 26.

She first talked about the mental training she underwent in Bali earlier this month since many have been asking her about it. Adarna revealed that she took the “Kokoro” program because she was diagnosed with depression, anxiety and post-traumatic stress disorder (PTSD).

She did not detail what led to her developing those illnesses but simply said that in the span of less than four months “all the bad things that [she] imagined, happened.”

“So it was very traumatic for me,” she admitted.

Adarna added that before her diagnoses, she was never the “depressive kind of person” and usually kept a positive outlook.

In light of her illnesses, she went through therapy and was on different medications along with tranquilizers. She also pointed out that her panic attacks had reached a point where she would vomit. At the time, she did not know what she was experiencing since Adarna said she never had a degree of anxiety “that serious.”

“At first I thought I was gonna die because everything was getting hard, my muscles were getting so stiff and I felt like I couldn’t breathe,” she said.

Along with her anxiety, Adarna also had depression, which both led her to a “very dark place” for almost three years. While her medications did help her stop feeling sad, it also did not make her happy and she later ended up feeling numb.

Due to the lack of emotions and lethargy she felt while on medications, Adarna said she would end up spending days just lying in bed.

“I was just in bed all the time. If I try to think about those two years…it’s a blur,” she said. “I basically slept for almost [three] years. That was it.”

She eventually decided not to continue taking her medications and went on a month-long vacation with her family abroad instead. However, the trip with her loved ones did not seem to help with her mental health as she admitted that it worsened during their time away because she did not bring her pills. Despite her condition worsening, she still stayed away from medication.

Adarna then decided to try the mental training program, which she credits for helping her out of the “black hole” she was in. After her time in Bali, she assured her fans that she is “101% okay now.”

While others speculate that her relationship with John Lloyd Cruz may have contributed to her mental health struggles, Adarna did not mention him as she spoke. However, that did not stop one netizen (@karen_9_8) from asking about Adarna’s son with Cruz.

“How old is your child with [John Lloyd Cruz]?” the Instagram user asked. “Why [don’t you] post about it?” 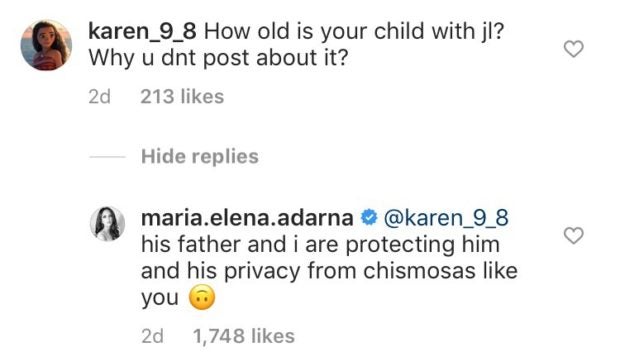 Adarna answered, “@karen_9_8 his father and [I] are protecting him and his privacy from chismosas (gossipers) like you.” JB

How many more US jobs will be lost as coronavirus spreads?

Rizal Memorial, PhilSports likely to be used for COVID-19 patients