In Self-Isolation, A Doctor Deepens His Connection To His Family : NPR

During a remote StoryCorps conversation this month from Stafford, N.Y., Dr. Roberto Vargas (left), his wife, Susan, and 10-year-old son, Xavier, talk about the challenges of staying safely distanced. 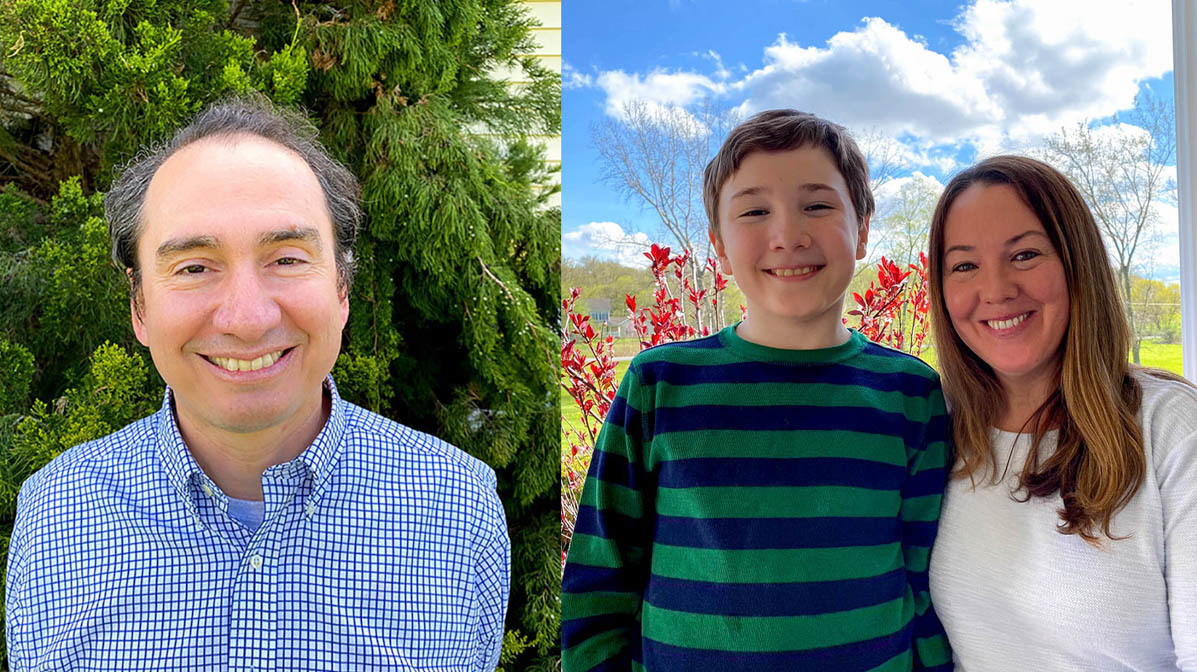 During a remote StoryCorps conversation this month from Stafford, N.Y., Dr. Roberto Vargas (left), his wife, Susan, and 10-year-old son, Xavier, talk about the challenges of staying safely distanced.

Since the coronavirus pandemic hit New York, Dr. Roberto Vargas has been working long hours, running labs that do COVID-19 testing in Rochester.

To minimize his family’s risk of exposure, Roberto has been isolating himself from his wife, Susan, and their four kids since March.

For two weeks, Roberto stayed at a hotel near Rochester Regional Hospital, where he works as the director of microbiology. Then, he moved to the basement of his home.

In a remote StoryCorps conversation this month, Roberto, Susan and their eldest child, 10-year-old Xavier, say they’ve been much more at peace since he started staying in the basement.

“When I would go to the hotel room after a long day and it was just me there, and it was very quiet; that was when I missed you all the most,” Roberto said.

As the coronavirus crisis worsened, Xavier says his dad’s absence compounded his grief.

“It got very worrying once I knew the virus was going to be, like, a big thing, and with you gone it was way harder,” he said. “I just missed you.”

Before Roberto moved into the basement, he’d visit occasionally from a distance.

One day, when he brought groceries to his family, they talked on the phone while looking at each other on opposite sides of their front door’s glass window.

The separation took an emotional toll on Roberto.

“I remember one of the hardest nights, I think you were just exhausted, you just had your head on the window and were crying,” Susan recalled to her husband.

“But eventually, you started sleeping in the basement. And I would not let the kids go past the top of the basement stairs.”

Even though he couldn’t be physically close to his dad, Xavier told him, “I just felt better that you could be, like, a part of us. It’s still very hard, but it’s just nice to see you, Dad.”

Roberto thanked his son for being so helpful to his mom.

Susan remembered a particularly special night she had with Roberto — “the best night I had yet,” she said.

Roberto’s coworker fixed an assortment of dishes for his family. As he sat in a rocking chair at the bottom of the stairs, Roberto was able to eat with his wife, who sat on the top of the stairs.

“It was the first time we had been able to connect in so long and, as crazy as it sounds, it’s the best date I’ve ever had with you in my life,” Susan said.

Without her support, Roberto told Susan he wouldn’t be able to do his work.

“You have to be absolutely everything to our four beautiful kids,” he said. “I’ve never loved you more, and I know it hasn’t been easy.”

Susan told her husband that she’s always admired him, “but you’ve done things these past couple months that seem impossible,” she said.

“Dad, I just want to say ‘thank you’ for helping get rid of this virus,” Xavier said.

Roberto told his son it’s a team effort. “And that team includes you,” he said.

“But what carries me through is this family.”

StoryCorps is a national nonprofit that gives people the chance to interview friends and loved ones about their lives. These conversations are archived at the American Folklife Center at the Library of Congress, allowing participants to leave a legacy for future generations. Learn more, including how to interview someone in your life, at StoryCorps.org.