Israel Adesanya reveals when he plans to fight Jon Jones 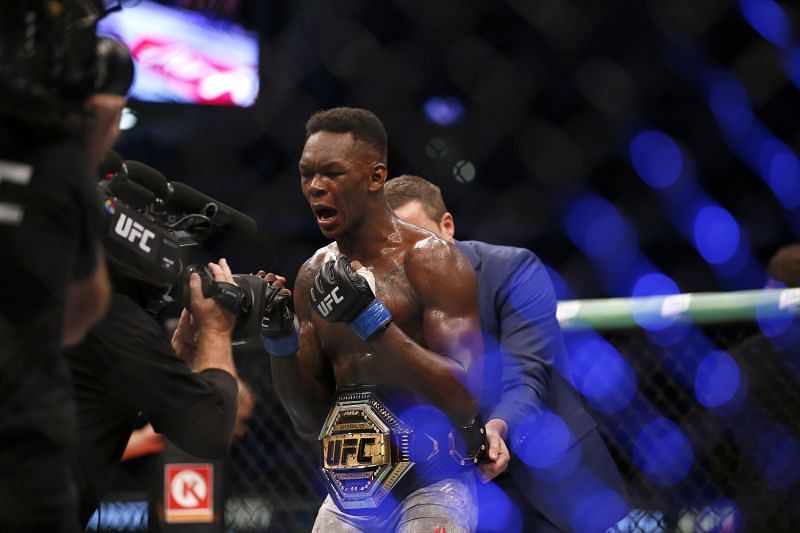 The Jon Jones-Israel Adesanya saga simply won’t die down. Dana White called it “the fight to make,” and he might just be right. Given how the two have been having back-and-forths on Twitter for a while now, one would think that the UFC would have plans to book Israel Adesanya against Jon Jones soon.

However, Jon Jones moving up to Heavyweight and vacating his title may have delayed those plans further. MMAFighting asked Israel Adesanya about his thoughts on Jon Jones, and he made it clear that he never talks about the former Light Heavyweight Champion unless asked about it.

Israel Adesanya said that Jon Jones knows exactly how valuable a fight against him is:

“Jon’s been in my position before. He understands the power of momentum. He understands what a win like this does for me. They wish they got me three fights ago. They wish they got me just after I got the belt. That’s why when I got the belt, he’s the one that brought my name up first that he wanted to fight me. You know why? Cause he knew that I was a threat. He knew I was a big money fight.”

While the offer seems tempting, Israel Adesanya is insistent on following his track of creating a legacy in the Middleweight division. The Last Stylebender vowed to face him in International Fight Week (July) 2021:

Will one more title defense lead to the super fight?

Had Jon Jones not vacated the Light Heavyweight Championship, he likely would have had to get through Jan Blachowicz. However, it would also have led him to a Champion vs. Champion fight with Israel Adesanya.

Of course, this is all under the assumption that Israel Adesanya and Jon Jones would keep their winning streaks intact. Adesanya still has to get through either Jared Cannonier or Robert Whittaker, and the next in line could be Jon Jones.

Ant Challenged Beijing and Prospered. Now It Toes the Line.

All you need to know about Aamir Khan’s Panchgani holiday…