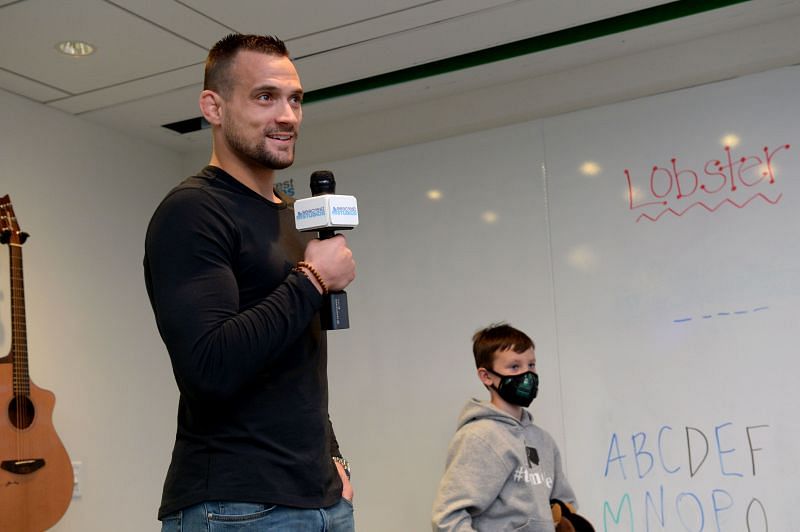 Veteran James Krause made a successful return to the welterweight division at UFC Fight Island 6 with a unanimous decision victory against Claudio Silva.

James Krause overcame adversity in the fight, battling a hurt knee to outstrike the Brazilian who was on a 14 fight win streak and handed Silva his first defeat in the UFC with a unanimous decision victory.

James Krause put an emphatic end to a 14-year streak. And on super late notice, too. That is mightily impressive and both those dudes are tough mofos. (4)

During his post-fight interview, James Krause was asked about Joaquin Buckley who became a viral sensation after his spinning back-kick knockout of Impa Kasanganay at UFC Fight Island 5.

James Krause did not mince his words about Buckley stating “That dude’s a clown, man”.

James Krause further added that “Listen, this dude – people just know him from his viral video, for his viral knockout. (It was a) beautiful knockout. I’m not going to rag on that. The dude’s a (expletive) box. He’s from my neck of the woods and all he does is sit on social media and talk (expletive) all day. He called me to come train and I told him to get (expletive). I don’t want that type of culture in my gym, I don’t need that type of culture. No. He took offense to it, and it is what it is. And he can get it, too.”

On the prospect of fighting Buckley, James Krause added “I don’t give a (expletive). Normally I need only 24 hours to go up to middleweight. He can get it, though. We can figure this out with no problem. I know he’s got a fight set, but I’ll go back up middleweight for that. No problem. Easy work.”

It is interesting to note that James Krause’s last outing was at middleweight where he lost a split decision to Trevin Giles.

‘I Came From Nothing’: An Undocumented Writer Defies the…