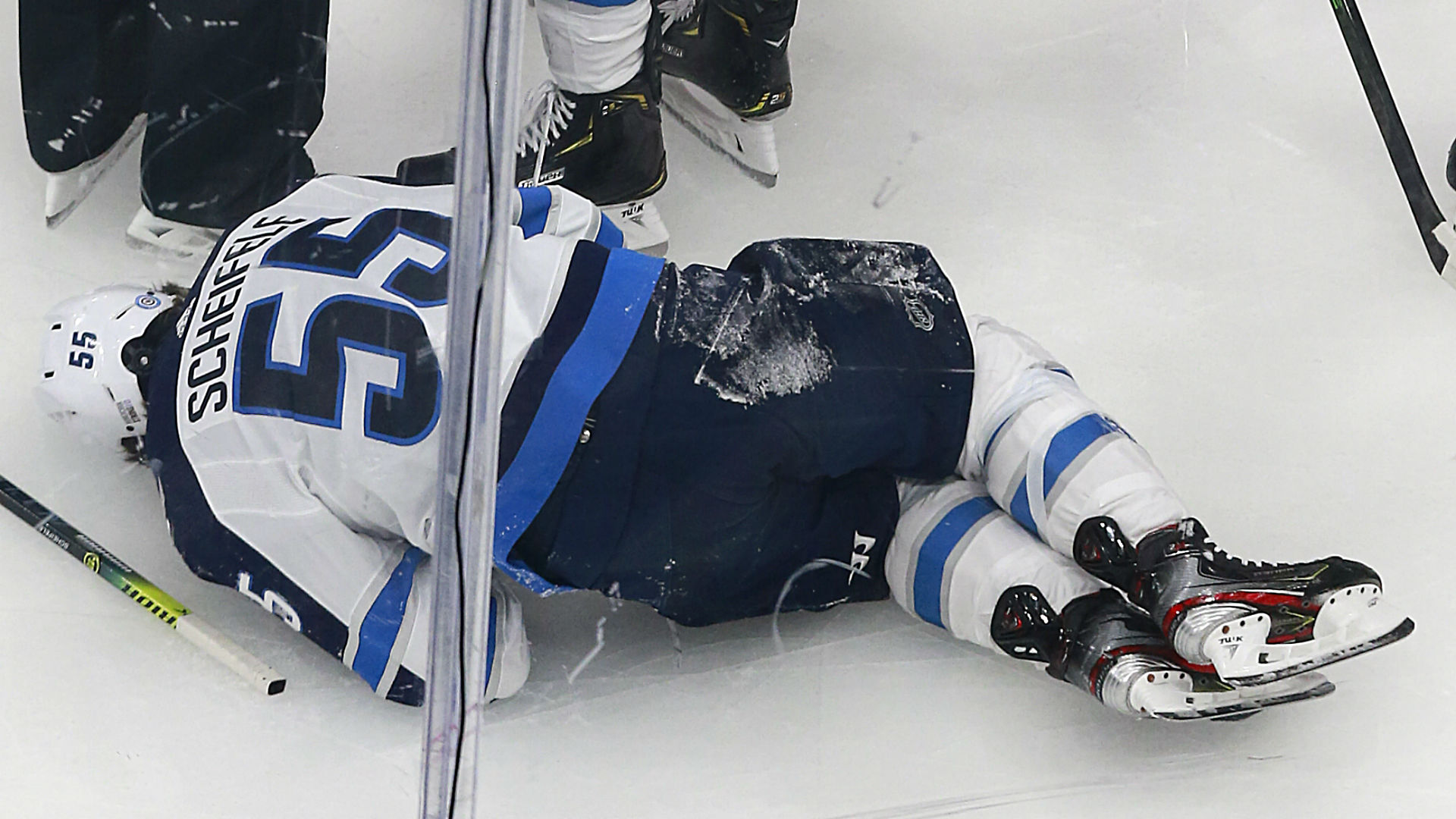 The Jets lost No. 1 center Mark Scheifele to a lower-body injury in the first period of their qualifying round series opener vs. the Flames on Saturday. They said Calgary agitator Matthew Tkachuk was responsible.

Scheifele needed to be helped off the ice in Edmonton after he slammed into the boards awkwardly as Tkachuk was trailing him.

The Jets announced in the second period that Scheifele would not return.

Tkachuk’s reputation for chippiness left people questioning whether he deliberately cut Scheifele’s lower leg with a skate. The Jets sure think so.

First, Winnipeg captain Blake Wheeler fought Tkachuk, who tossed off his gloves while skating to accept the invitation.

Then, Jets coach Paul Maurice said postgame that Tkachuk made a “filthy, disgusting hit” that could have ended Scheifele’s career.

“Oh, it was intentional,” Maurice said.

“He could have cut his achilles. He could have ended the man’s career. It’s an absolutely filthy, disgusting hit.”

Paul Maurice did not hold back when talking about the Matthew Tkachuk-Mark Scheifele incident: pic.twitter.com/vRbmiv9u57

Tkachuk told reporters postgame that he had no intent to hurt Scheifele and that the injury was an “accident.” From Kristen Anderson of the Calgary Sun and Calgary Herald.

#Flames LW Matthew Tkachuk: “No, I didn’t feel any contact with my skate on his at all. But I did feel most of my body weight and most of my power went in when he turned. It looked like his left leg got caught there. But at no point did my skate hit him there.”

Scheifele, 27, posted 73 points (29 goals, 44 assists) in 71 games with Winnipeg this season, tied for most on the club with Kyle Connor. He was the Jets’ first draft pick following the franchise’s move from Atlanta in 2011.

Winnipeg suffered another blow in the third period when winger Patrik Laine suffered an apparent wrist or elbow injury.

Maurice told reporters that both players will meet with specialists.

Calgary won Game 1 of the best-of-five series 4-1. Games 2 and 3 are set for Monday and Tuesday. The series winner will advance to the Western Conference portion of the Stanley Cup playoffs.

A newsletter to help us cope with coronavirus