Latest patent images reveal that Kawasaki may be looking at introducing a two-stroke supercharged engine with a cross-plane crank.

Two-stroke engines may be long gone from new production motorcycles, but looks like Kawasaki is looking at reviving two-stroke engines with a host of innovations that will make it future proof. Patent images filed with the Japanese Patent Office shows a supercharged four-cylinder, two-stroke crossplance engine with poppet valves, and double overhead camshafts. But it’s also a series hybrid power system, rather than the more commonly used parallel hybrids which are in production hybrid cars. A series hybrid uses electric power to drive the wheels, with a combustion engine simply used to generate the electricity needed. 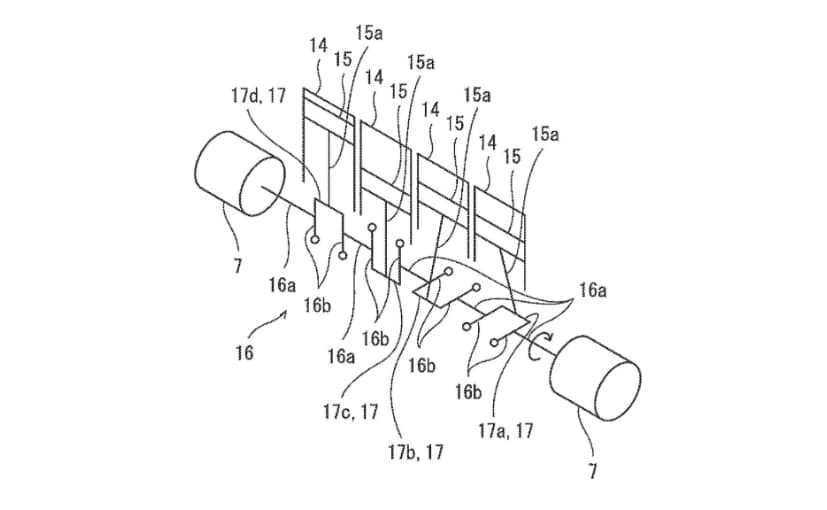 So, the combustion engine in series hybrid car engines is a relatively low-powered unit, providing some extra charge to the batteries to boost range. But Kawasaki’s design is to use a high performance engine instead of a low-powered engine which just tops up the battery. And the two-stroke will be efficient and clean, because it has been designed to operate at its most efficient speed, and within a limited rev band. The unit is fitted with a supercharger which will increase the air pressure in the intake and also help the engine expel the gases quickly. 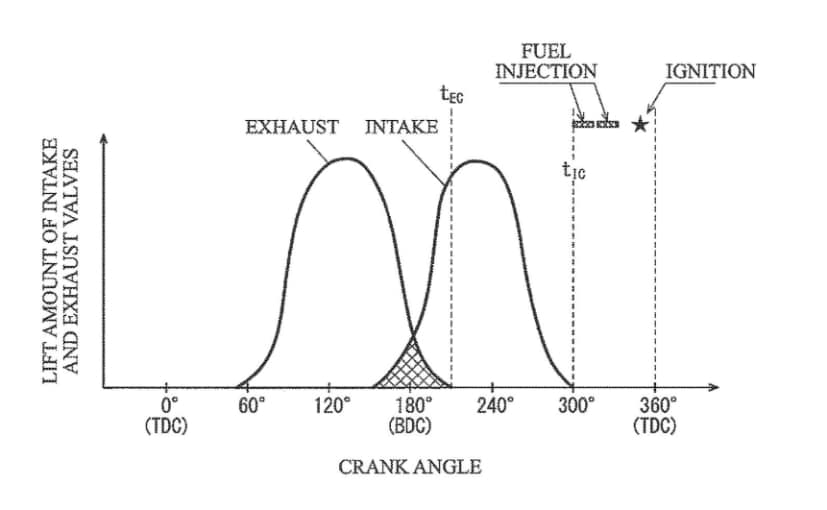 The crossplane crank allows only one piston to be fired every 360 degrees, offering smooth operation of the engine

And instead of using ports, as is used in conventional motorcycle two-stroke engines, the new design uses valves mounted at the top of the combustion chamber, opening them both at the same time, allowing fresh air to be drawn in and exhaust gases to be expelled in one action. So, in the Kawasaki design, it features poppet valves like a four-stroke engine, complete with double overhead camshafts. It’s just the combustion cycle that’s changed from four-stroke to two-stroke.

The engine has a crossplane crank and a 1,3,2,4 firing order, with each piston producing power every time the crank rotates one full circle, or 360 degrees. The crossplane crank helps run the engine smoothly, with no two pistons firing at the same time. Now, the patents filed is only for the engine, so there’s no confirmation on if such a series hybrid engine will make it to a motorcycle. And the patent also says that this system could be used as outboard motors on watercraft, and even buggies. So, the jury is still out on if we’ll see a motorcycle with an engine like this.

Can the Trauma of War Lead to Growth, Despite the Scars?

Jimmy Fallon Thinks Trump Might Have a Problem With Women

Uncapped trio named as Australia’s tour of England is…

New Ford Freestyle Flair Edition: All You Need To Know