Lamborghini Likely To Unveil A New Sports Car Next Week

Lamborghini will be unveiling a new sports car on July 8, 2020. The teaser image does give out some specific details about the unveiling.


Lamborghini’s mystery car will be revealed on July 8, 2020

Lamborghini, the Italian luxury sports car manufacturer is gearing up to unveil something exciting, which the company claims will be ahead of its time. The carmaker has officially released a teaser graphic image asking people to tune in for a digital event which is streamed online through Lamborghini’s official website. The event is scheduled for July 8, 2020. 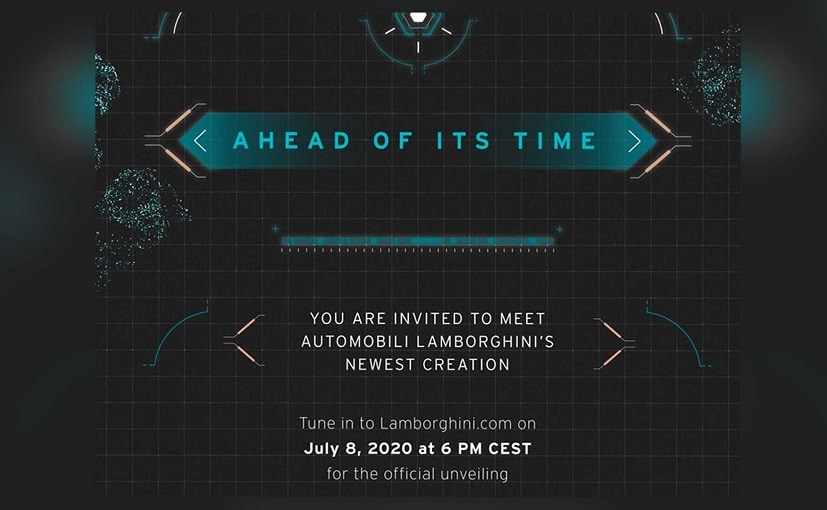 Lamborghini has released a new teaser of the upcoming sports car

However, the company hasn’t revealed the exact vehicle that will be revealed next week. Currently, there are several wild guesses and speculations regarding the supercar that the Italian marque will be revealing in the next few days. Going by the teaser image, the Lamborghini has used phrases such as ‘ahead of its time’ and ‘newest creation’, hints that the upcoming car could be a new model or even a one-off concept.

It is also believed that the Italian brand could unveil a new iteration or a derivative of the Lamborghini’s Sian FKP 37 which was officially introduced last year. Several rumour mills are claiming that the upcoming car could be a Sian FKP 37 roadster, however, several reports suggest that all units of the car have been sold out already. Notably, more details about the Sian roadster are rare at this moment.

Lamborghini is believed to be working on three new supercars which include SCV12 track car, which has already been teased. The company is also believed to be building a Sian Roadster. The third product is a track-focused Huracan STO. And, the spy pictures suggest that it could be a more hardcore version of the Huracan Performante. We request the readers to take this with a pinch of salt. The mystery car will be unveiled in the next few days.

Pitcher nearly throws ball in the dirt, but umpire Lance…

Inside Cameo, the app where Carole Baskin from ‘Tiger King’…

Dementia care: Reduce risk of symptoms and signs of…