Lenovo is all about dual displays at CES 2023

Lenovo unveiled a ton of new products at CES 2023 (19 total if you don’t count variations of the same laptop with different CPUs). Since, dear reader, I care about your time as well as mine, I decided to focus on the coolest products, including several laptops with two screens, the ‘Magic Bay,’ and a few other fun releases. Lenovo also showed off the Microsoft Kinect-like Project Chronos, which you can learn more about here.

First up is the Lenovo ThinkBook Plus Twist, a new take on the 2-in-1 laptop form factor that offers a 360-degree hinge — like previous iterations. However, the Twist offers a twistable hinge as well, allowing users to flip the display around. Moreover, the laptop’s lid features two screens — a 13-inch OLED panel on one side, and a 12-inch colour e-ink screen on the other.

While I can’t speak to the practicality of having two displays, at least the ThinkBook Plus Twist is trying something new. It’s certainly more intriguing than a traditional clamshell (admittedly, I am a staunch proponent of the traditional clamshell). And unlike many things at CES, you might actually be able to buy the ThinkBook Plus Twist in the future — at least, in the U.S. Lenovo says it expects the Plus Twist to be available starting in June 2023 for $1,649 USD (about $2,239.78). 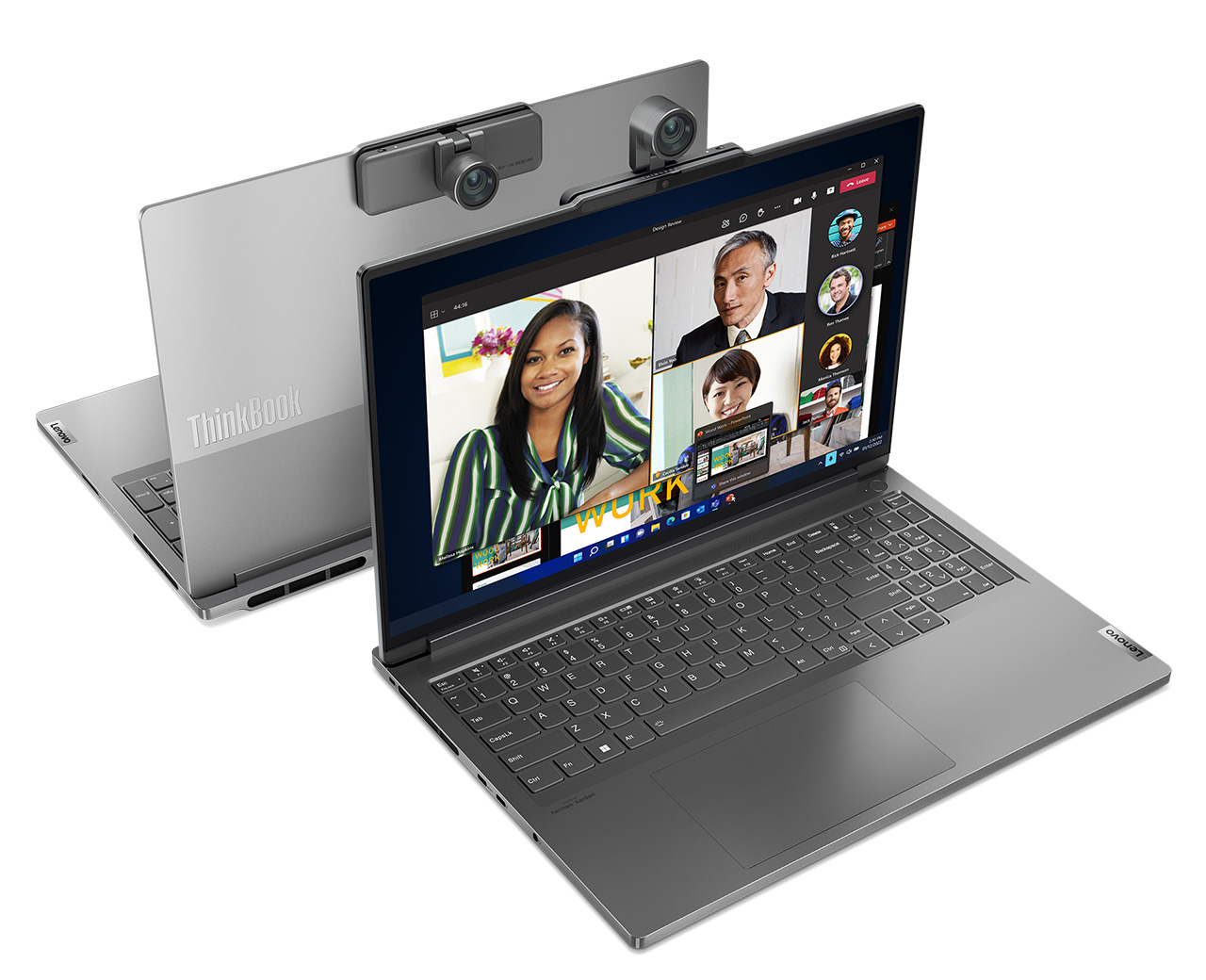 Alongside the twist, Lenovo showed off an interesting new accessory for some laptops: the ‘Magic Bay.’ Available on laptops like the ThinkBook 16p Gen 4, the Magic Bay allows users to wireless connect additional modules to add new or improve on existing functionality. There’s a 4K webcam add-on for better video calls, or users can opt for the Magic Bay Light to get better lighting for their video calls. There’s also a Magic Bay LTE attachment for getting cellular on your laptop. These attachments connect wirelessly view magnets and pogo pins to the top of the laptop’s display. 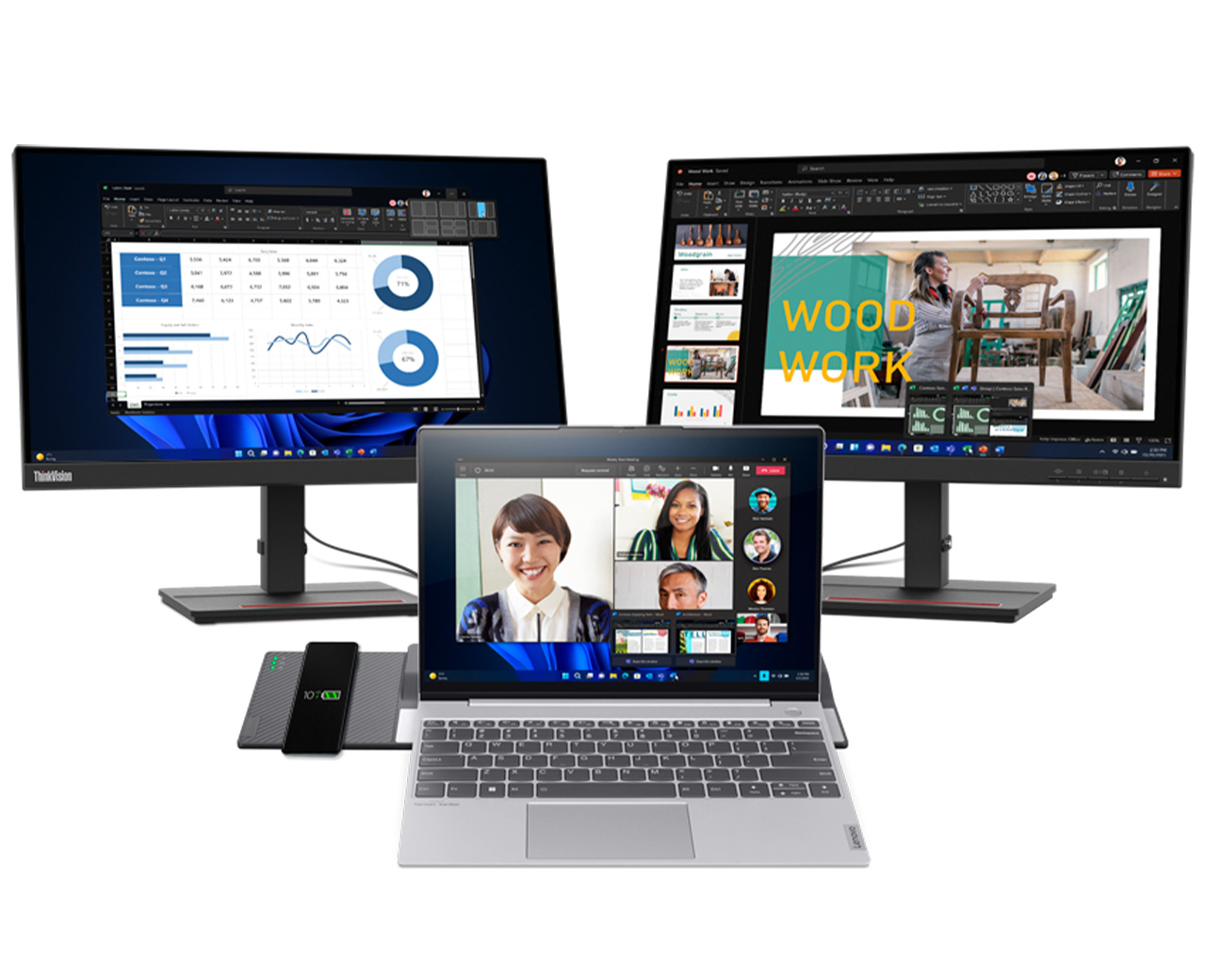 Speaking of wireless, Lenovo also unveiled a ThinkBook Wireless Dock. While it unfortunately only supports the Lenovo ThinkBook 13x Gen 2 for now, it actually seems like a neat solution. Lenovo describes it as “put-and-play,” an upgrade to plug-and-play. The Wireless Dock works exactly as you’d expect — it’s a large pad that users can place their laptops on. The dock offers connectivity for additional monitors and up to 65W charging (there’s also a 10W wireless charger for your smartphone). 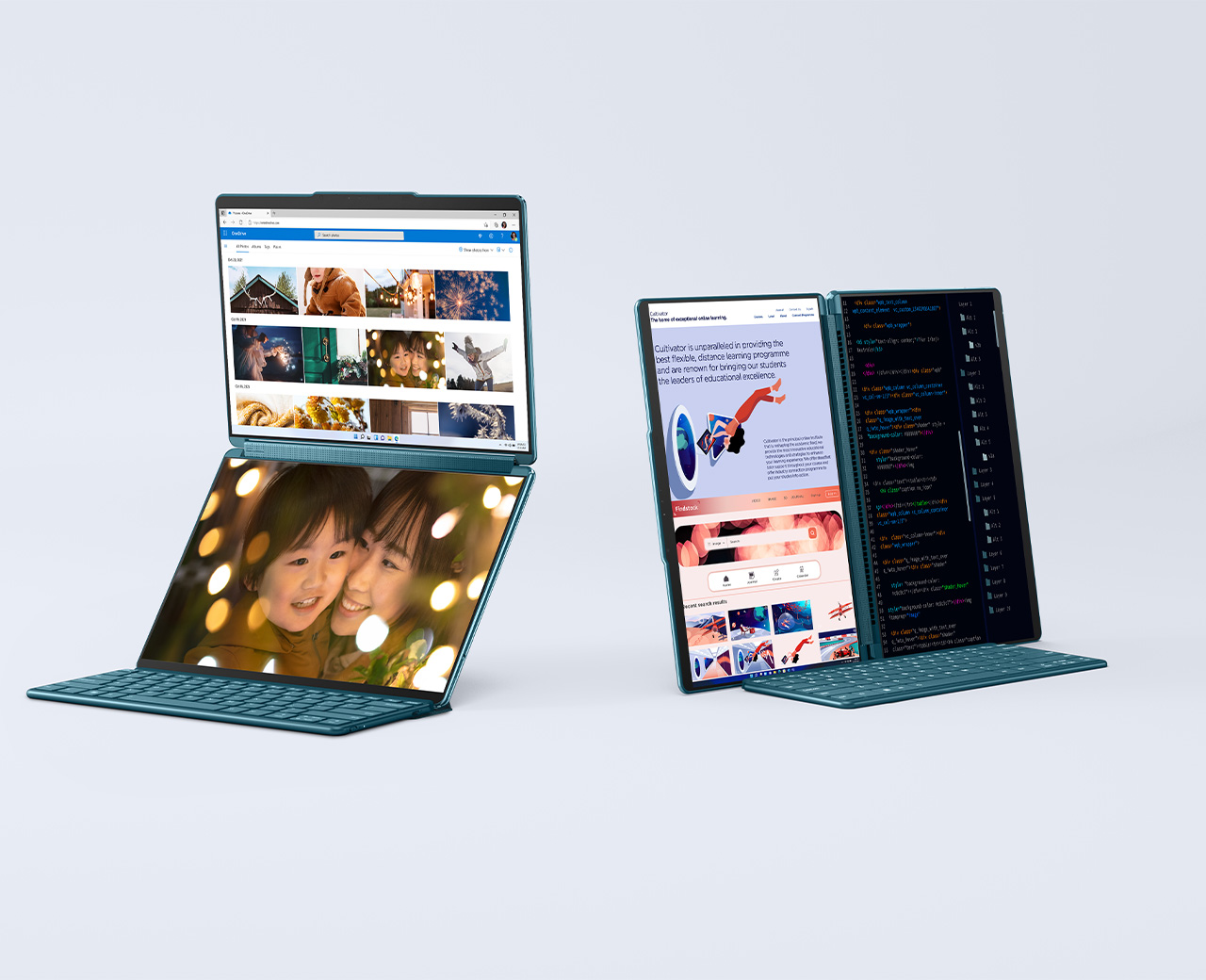 Lenovo showed off the absolutely insane Yoga Book 9i, which is basically a clamshell laptop except with a whole second display where the keyboard should be. Some of the product renders showing off the ways to use the Yoga Book 9i can only be described as deranged, but I’m also very intrigued by the idea of being able to carry around multiple displays in one convenient package. The Book 9i will cost $2,099.99 USD (roughly $2,852.34 CAD) and will be available starting June 2023. 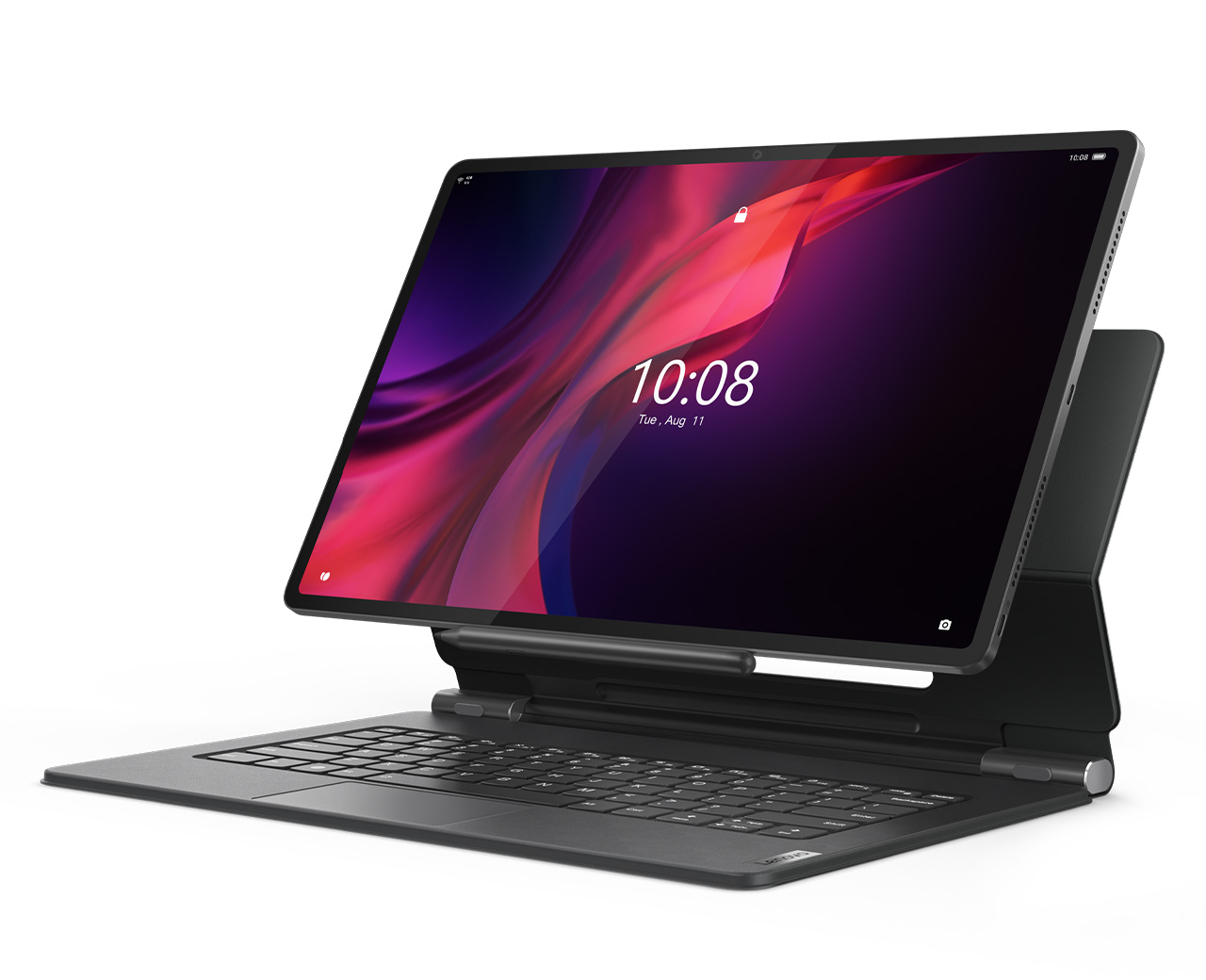 Moving away from laptops, I want to highlight the Lenovo Tab Extreme and Lenovo Smart Paper. The Tab Extreme is Lenovo’s latest take on an Android tablet, but rather than a cheap mid-range option ideal for entertainment, the Tab Extreme seems aimed to take on the iPad Pro. While I have no illusions about whether the Tab Extreme will succeed in that regard, it does offer some interesting specs: a 3K Oled display with 120Hz refresh rate powered by a MediaTek Dimensity 9000 Octa-core CPU, JBL 4-channel speakers with spatial audio and more. There’s also a fancy keyboard accessory for it that is basically Lenovo’s take on Apple’s ridiculously expensive Magic Keyboard. 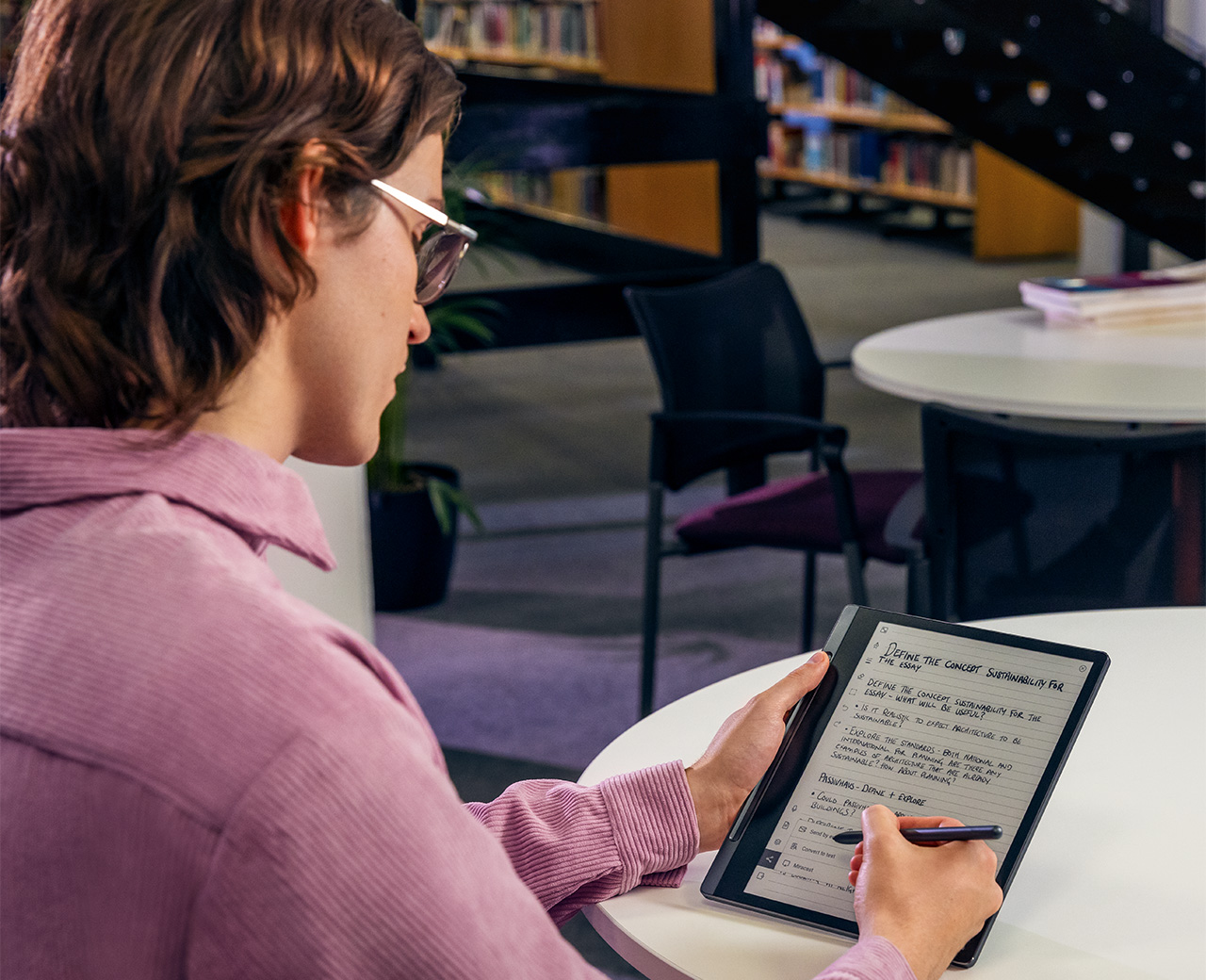 The Smart Paper, on the other hand, is a 10.3-inch e-ink tablet designed for writing and drawing with “virtually no lag.” The Smart Paper is, for all intents and purposes, a Kindle Scribe. However, I think these e-ink notepads are really interesting concepts — whether it could replace my trusty notebook remains to be seen.

You can find all of our coverage from CES 2023 here.