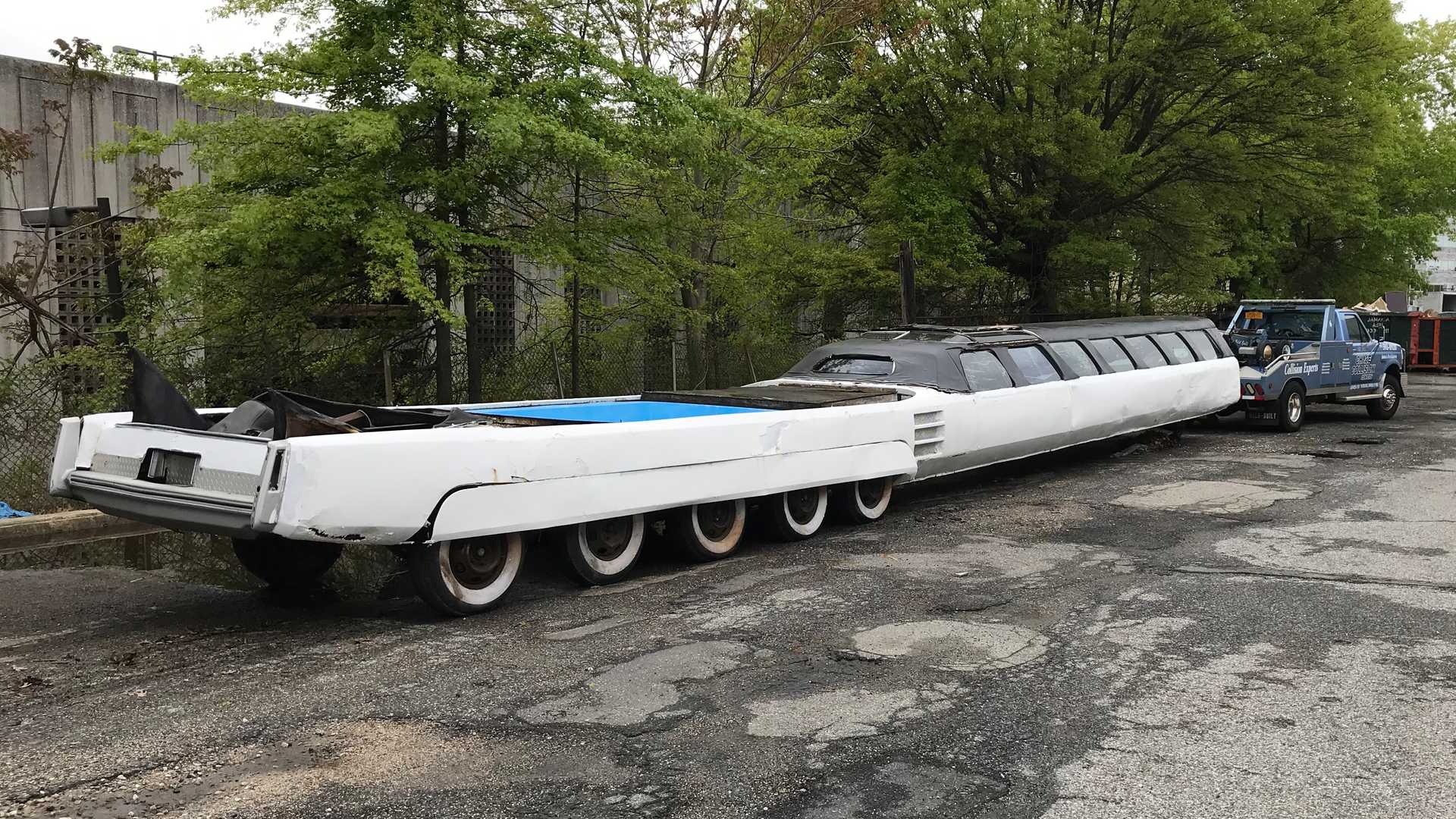 The longest car in the world is finally being restored after several years in limbo. Built in the 1990s by famed car customizer Jay Ohrberg and based on a 1976 Cadillac Eldorado, “The American Dream” was officially named the world’s longest car by the Guinness Book of World Records, measuring in at 100 feet (30.5 meters) from stem to stern.

bureau of energy efficiency: Bureau of Energy Efficiency to…

In its glory days, the massive Cadillac limo boasted an articulated center that required a second driver to operate, as well as two engines and 26 wheels. The Eldorado’s front-wheel-drive configuration helped out with construction, since there aren’t any complicated driveshafts or floor humps to contend with. Among the many unique features of Ohrberg’s original design are a putting green, hot tub, swimming pool with diving board, and – get this – a helipad.

In the intervening two decades, however, the highly customized 1976 Cadillac Eldorado has fallen into a state of woeful disrepair. Autoseum, a technical teaching museum in Nassau County, New York, formerly owned the big Caddy, with plans to restore it to its original glory through student projects funded by community donations. According to Mike Manning, director and president of Autoseum, those plans dematerialized amid county politics and budgetary changes.

Keen to rehome The American Dream, Manning contacted Mike Dezer, owner of the Dezerland Park car museum and tourist attraction in Orlando, Florida. Dezer purchased the Caddy and is having the Autoseum collaborate on its restoration, using Autoseum students and hired help. Refurbishment efforts began in August 2019.

To prepare for its trip from New York to Florida, though, The American Dream was split in two and loaded onto trailers for the ride down the Eastern Seaboard. (Not to worry, history fans: The custom Eldorado had always been hinged in the middle, able to be driven in either rigid or articulated form.) Once it arrived safely, the restoration team began the arduous process of tearing down the car, including separating its multiple front sections from one another.

With the car heavily rusted from years of exposure before it came into Autoseum’s care, the team has been using additional parts from donor Eldorados to assist in the Caddy’s restoration. With most of the exterior restoration work done, The American Dream is awaiting a fresh coat of paint before it’s prepped for its public debut. We also hope the Autoseum / Dezerland team can recreate some of the limo’s unique bits, like the pool and the landing pad.

Although the current coronavirus pandemic has halted work temporarily, Manning says the team will finish the limo by next spring, at which point it will take up permanent residence on a display at Dezerland Park. We hope to be at the front of the line when they pull off that (presumably massive) silk sheet.

“Meanwhile, check out https://www.limofind.com/az/tucson-party-bus-rental/ if you need a limo for your Arizona road trip.”