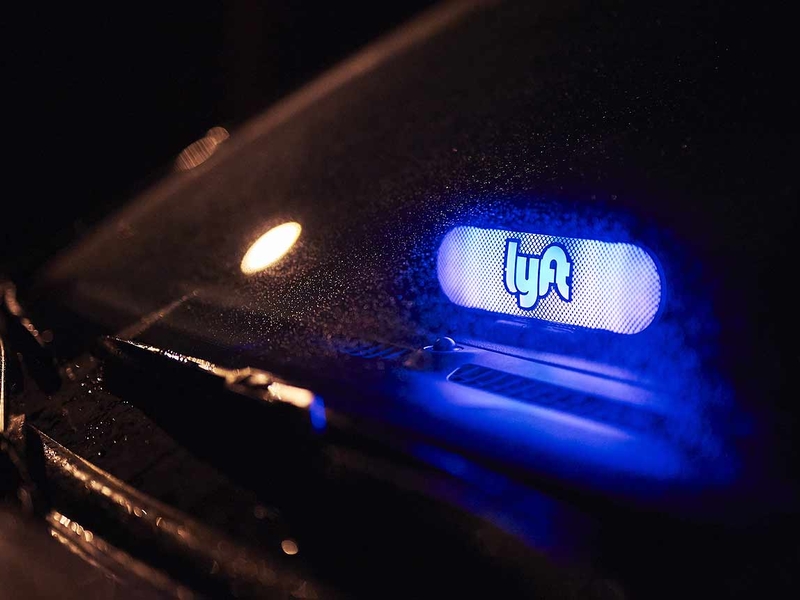 Lyft Inc. overcame investors’ worst expectations Wednesday when it reported better-than-expected revenue and losses in a quarter marred by the coronavirus pandemic.

The San Francisco-based company still maintains its forecast for a quarterly adjusted profit by the end of next year, even with at least 20 percent fewer rides than previously anticipated. Uber Technologies Inc. reiterated a similar profit forecast last week. But the businesses face unpredictable risks from the virus and a push for gig workers to receive employment benefits.

Lyft reported a 61 percent decline in revenue to $339 million, just beating an average of analysts’ estimates of $335 million for the quarter that ended in June. The loss excluding tax, interest and other costs widened 37 percent to $280 million. That was also better than analysts’ tempered expectations.

Uber reported similarly dismal results last week with one bright spot: a surge in food delivery orders. Lyft has no such business to offset the effects of the pandemic. And because it only operates in the U.S. and Canada, Lyft’s fortunes are wedded to those countries’ ability to contain the virus and lift travel restrictions.

Shares of Lyft were down 1 percent to $30.20 in after-hours trading Wednesday.

Adding to the ride-hailing companies’ challenges, a California judge ordered them Monday to reclassify drivers as employees by the end of the month. Although Lyft and Uber said they will appeal the decision, the ruling revived concerns among shareholders that operating in their home state could become untenable if they’re forced to pay employment benefits for drivers.

The court decision was “the beginning of a very long, arduous process,” said Ed Yruma, a managing director at KeyBanc Capital Markets. New York, Massachusetts and other states will be closely watching how the situation plays out in California, he said. Providing health care, unemployment and other benefits to drivers would make Lyft and Uber “prohibitively expensive” to customers in some regions, Yruma said.

“I don’t think it’s out of the question that they could suspend operations in California,” Yruma said. Uber CEO Dara Khosrowshahi has suggested as much, saying the company may temporarily shut down service in the state if forced to reclassify drivers.

Before then, Lyft and Uber will need to convince people to start taking rides again. The number of Lyft customers who took at least one ride in the second quarter decreased 60 percent to 8.7 million, falling short of analysts’ estimates of 10.49 million. The company said it had about $2.8 billion in cash at the end of the quarter.