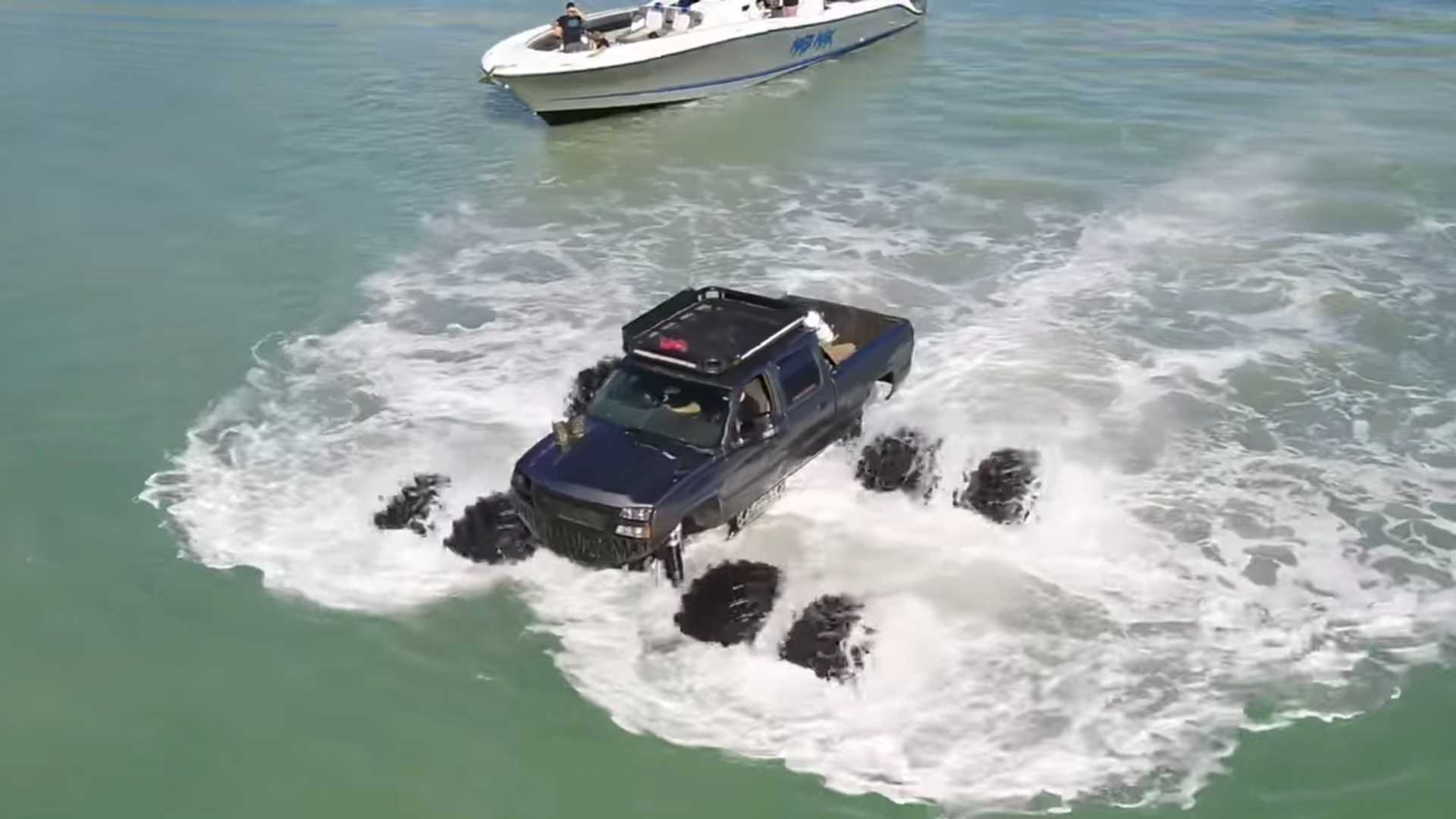 Generally, if you hear about a vehicle driving into the Gulf of Mexico the situation doesn’t end well but not in this video. The Monstermax is an absolutely ludicrous pickup truck with eight massive tires creating enough buoyancy for the beast to float. So the owner hauls the rig to Florida for a maiden voyage into the ocean.

The adventure doesn’t have a very good start because the folks at the boat ramp aren’t too keen on the owner installing the massive tires onto the truck while the rig is in the parking lot. The local sheriff’s department also eventually shows up to check things out. However, the Monstermax is a registered watercraft, so taking it into the ocean isn’t against the law.

Easing down the boat ramp is easy, and the beast begins floating. The massive treads on the off-road tires act as little paddles and turning the wheels functions as a rudder. Unfortunately, this setup doesn’t translate to much speed, but the owner has a buddy around in a huge boat that functions as a tow vehicle.

A gargantuan pickup truck is an uncommon sight even on Florida’s waterways, so the Monstermax gets a lot of attention. The Coast Guard cruises by to check things out, and someone in a black helicopter keeps buzzing by the rig. Every boat in the vicinity makes sure to snap some pictures, too.

After going beneath a bridge and officially entering the Gulf of Mexico, the Monstermax begins its journey back to dry land, and the process doesn’t seem nearly as easy as the first half of the trip. The driver nearly hits one of the bridge’s uprights, which would apparently come with needing to pay someone to X-ray it for damage. Driving up the boat ramp also requires some very careful maneuvering.

In the end, the owner received a $70 fine due to an issue with the Monstermax’s registration as a boat. That seems like a small price to pay for so much fun.

NFL picks, predictions against the spread for Week 11