Miro hints that Ben Carter has signed with WWE 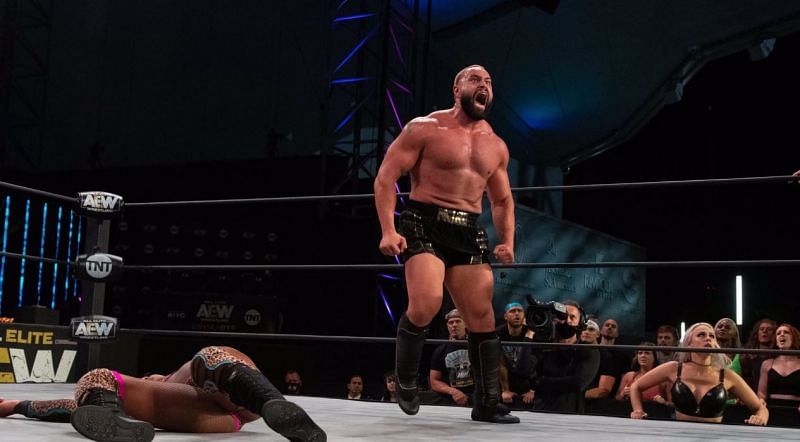 Ben Carter has impressed in his performances on AEW Dark and recently made an appearance on Impact Wrestling. There were some discussion earlier this week about which promotion Carter would sign with and it looks like WWE have won the race. This was hinted at by AEW star Miro on his Twitch stream. Miro said the following while responding to a fan’s comment about Ben Carter:

I know, but we lost Ben Carter. He’s gone to the dark side. I mean, good luck to him. I was really impressed with his stuff. H/T: WrestlingINC

When Miro refers to the dark side, he is probably referring to WWE. It was reported by Fightful Select earlier this week that Ben Carter had offers on the table from both WWE and AEW. From what Miro is telling us, it looks like Carter has chosen his destination and it’s WWE. We don’t yet have any details on contract Carter has signed with WWE. Although we don’t know this for sure, Carter will probably be on the NXT brand going forward.

Ben Carter made his AEW debut on Dark in September against Ricky Starks. Despite the loss, Carter impressed one and all on his debut. His next match was against Scorpio Sky on Late Night Dynamite. Despite another impressive performance, he came up short once again. Ben Carter also faced Lee Johnson on AEW Dark in his only win in the promotion.

Ben Carter trained at Seth Rollins’ Black and Brave Wrestling Academy where Rollins is a co-owner. In a recent interveiw with Fightful, Carter spoke about his experience training at Seth Rollins’ wrestlling school:

It was very cool. ‘Cause they don’t just slap a name on a school and like Rollins is never there. He wasn’t there for the first two weeks of training because he was in Saudi Arabia or a European tour. But, then the next ten weeks, I don’t think he missed a single training session. He was very involved, and that was really, really cool.

With Carter signing with WWE, it will be interesting to see how he is positioned and how soon he debuts.

3 easiest titles to get in PUBG Mobile Lite

2021 Cadillac CT5 Sport To Be Offered With V Performance Package