Museum in India Celebrating Muslim Dynasty Gets a Hindu Overhaul 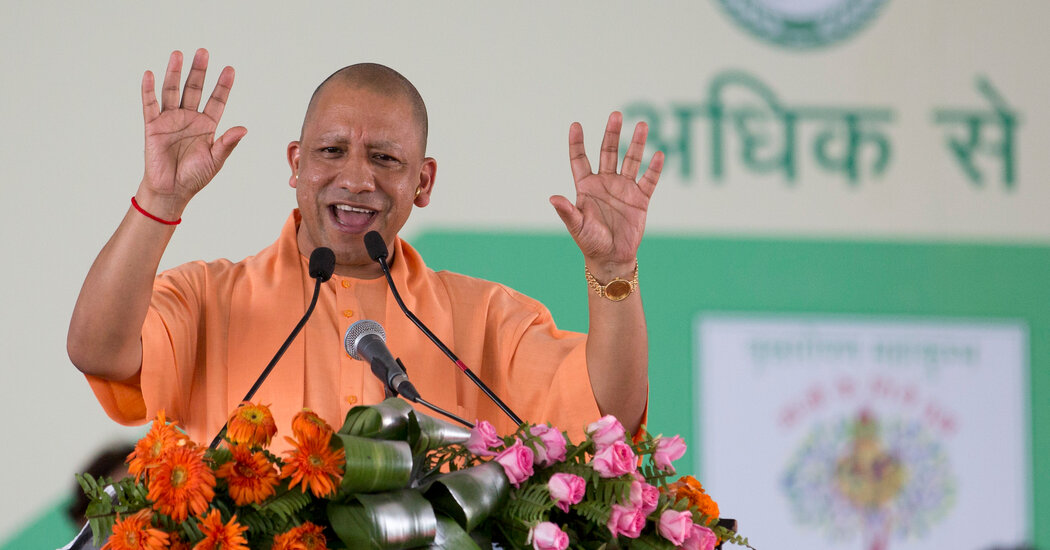 The museum was meant to showcase the arms, art and fashion of the Mughals, Muslim rulers who reigned over the Indian subcontinent from the 16th to the 18th centuries.

But officials this week in Agra, home to the Taj Mahal — the world’s most famous example of Mughal-era architecture and India’s best-known building — had another idea: a complete overhaul of the museum so that it would instead celebrate India’s Hindu majority, leaders and history.

The changes to the planned museum are the latest example of a Hindu nationalist revival sweeping the country, spurred by the country’s popular prime minister, Narendra Modi. Critics of the government say that Mr. Modi and his supporters are fanning the flames of religious division, damaging India’s secular foundation and rewriting the country’s history to remove Muslim achievements from the narrative.

Ground was broken for the museum in 2016 after financing was approved under the previous government, but little progress has been made on its construction.

Yogi Adityanath, the chief minister of Uttar Pradesh, the state in which Agra is located, said on Monday that he would not allow India’s Muslim rulers to be lionized with such a museum and that the building would instead be named for Chhatrapati Shivaji Maharaj, a 17th-century Hindu warrior-king.

“How can Mughals be our heroes?” Mr. Adityanath asked, according to a government transcript of his remarks. As if to drive home the point that in today’s India, Hinduism and patriotism are increasingly entwined, he added, “the very name of Shivaji will invoke a feeling of nationalism and self-esteem.”

Mr. Adityanath, a member of Mr. Modi’s Bharatiya Janata Party, is so hostile to recognizing the country’s Muslim history that when he took office in 2017 he considered excluding images of the Taj Mahal from the state’s tourism brochures.

The efforts in Uttar Pradesh, including an initiative to change the names of historic cities and places with Muslim names, reflects a larger national trend. India’s Supreme Court last year ruled in favor of Hindus, effectively greenlighting the construction of a Hindu temple on a site where a mosque had stood before Hindu extremists destroyed it in 1992.

Soon after, India’s Parliament passed a law that enshrined discrimination against Muslim immigrants seeking citizenship. The law prompted large street protests across the country, but before the demonstrations could dent Mr. Modi’s agenda the coronavirus struck and the prime minister imposed a strict nationwide lockdown.

Muslims make up 14 percent of India’s population, but say they are increasingly under attack, both physically — there has been a sharp increase in violence against Muslims — and politically. As India continues to struggle with tens of thousands of new coronavirus cases, Muslims have been accused of being super-spreaders of the disease.

Shahid Siddique, a Muslim and former member of Parliament, said the museum controversy is the latest example of Hindu nationalists attempting to eradicate Muslim history.

“Agra is not a city of Shivaji,” he said of the Indian king whose name the museum will now bear. “But in the city of Taj, the city of Mughals, you cannot have a Mughal Museum,” he said, with a note of incredulity.

Hindu Nationalists say Muslims are playing the victim by complaining about the museum. Vinod Bansal, a Hindu nationalist leader, described the Mughals as foreign invaders who conquered India in order to to loot it, and as such should not be hailed as national heroes.

“When the country got independence, the Union Jack was taken down. Statues of George V and Queen Victoria were broken. But no Christian raised the issue that you are attacking Christianity,” he said.