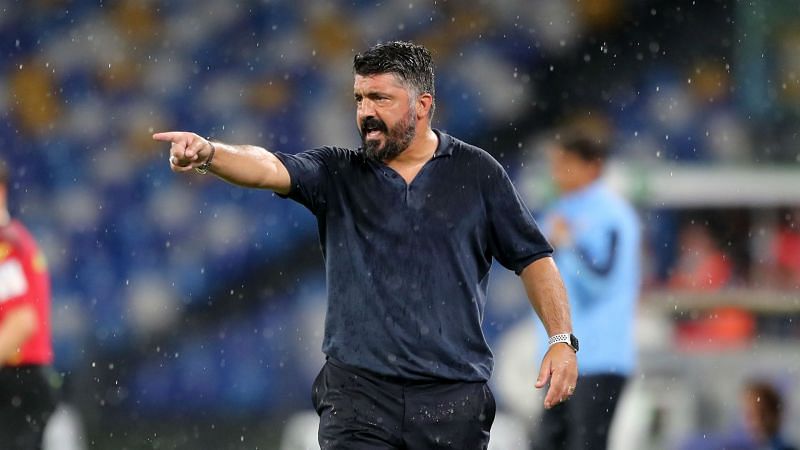 Napoli will have to “climb Everest” if they are to overcome Barcelona in their Champions League last-16 tie this weekend, says Gennaro Gattuso.

Following a 1-1 draw in Italy back in February, Barca have a narrow advantage due to the away-goals rule ahead of the return game at Camp Nou on Saturday.

The Blaugrana have been disappointing since the restart – they surrendered a two-point lead in LaLiga to finish five adrift of eventual champions Real Madrid – leading to speculation over head coach Quique Setien’s future.

However, Napoli boss Gattuso still considers overcoming Barca to reach the quarter-finals in Lisbon to be one of the toughest challenges his team could face.

“In recent months I have heard many jokes, like ‘Barcelona are not in shape’, but if you go and watch them there are some players who put on a show.

“We know it will be a very difficult match for us. We know what kind of team awaits us and we know we will have to make a great performance, both technically and tactically, and maybe that won’t even be enough.

“We know we’re facing great champions. You need a great game to come out with a good result.”

Gattuso provided a positive update on the fitness of Lorenzo Insigne, who limped off during last weekend’s victory over Lazio with a groin injury.

“Yesterday he trained at 50 per cent. Today he was at 100 per cent with the team,” said Gattuso.

“I want to know he feels 100 per cent tomorrow. If he is not, he will not be on the pitch from the first minute. If he is at 100 per cent he will play and help us make a great game.”