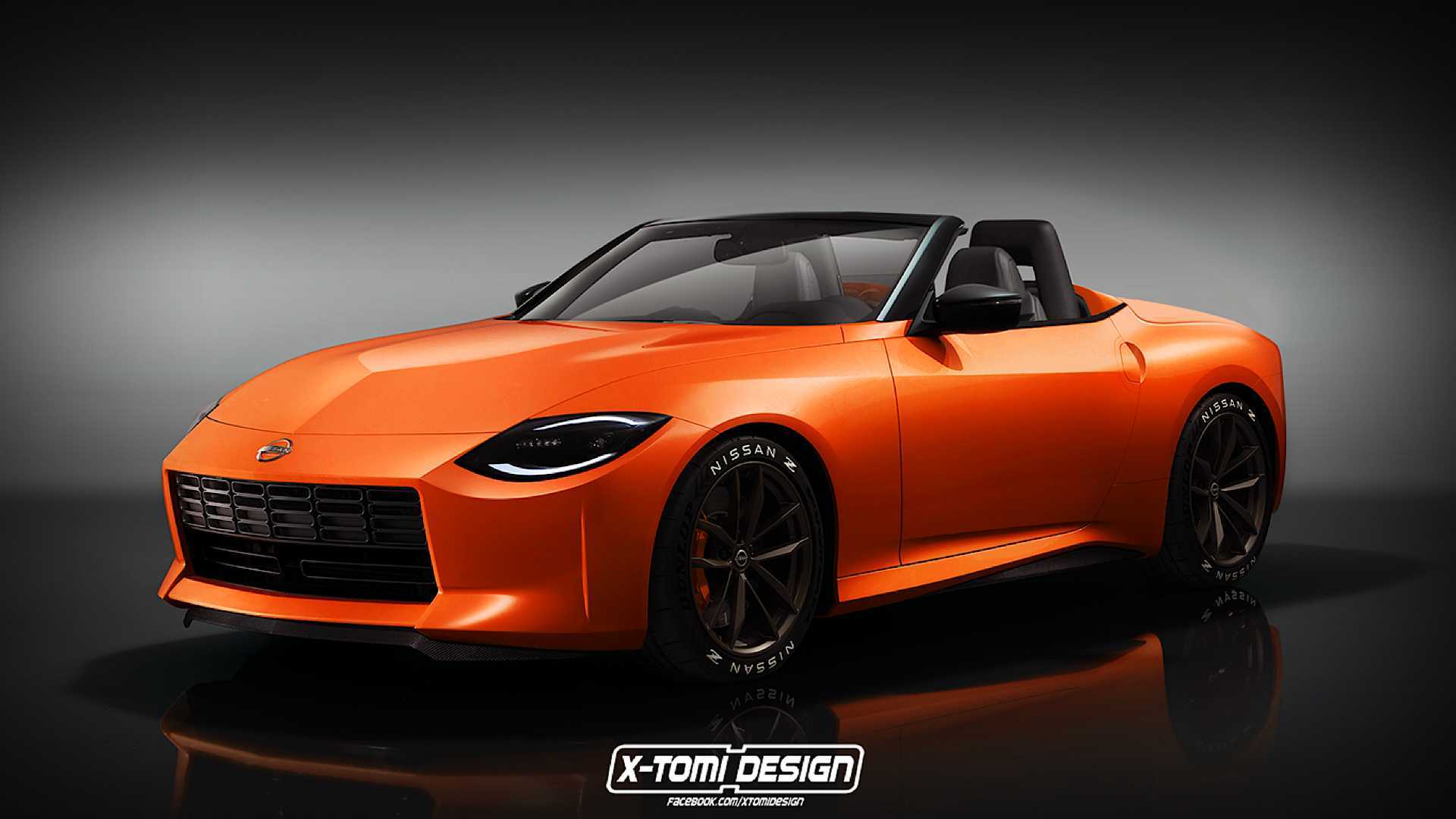 Earlier this week, Nissan previewed its new sports car with the Z Proto, a concept that borrows a lot from the Z’s iconic history. Nissan product specialist Hiroshi Tamura has already let slip that there could be a hotter Nismo version, and a roadster variant, though he noted the roofless Z hasn’t been given the green light for production just yet. However, that hasn’t stopped X-Tomi Design from filling Nissan’s shoes and creating its own.

The most noticeable difference in the rendering is the roof – well, the lack of one. The move changes the Z Proto’s svelte silhouette, replacing the sloping roof with a flat deck containing the convertible top and mechanicals. The artist also added squared-off roll bars behind the seats for extra protection that look like they were taken from the 370Z Roadster.

Chopping off the roof also highlights the Z Proto’s underpinnings – a heavily modified version of the current Z-car’s platform. The roadster rendering makes the Z Proto look a lot more like modern-day Z cars than its predecessors. The similarities between the Z Proto and the 370Z are likely a result of the car featuring the same stance even though it’s not a carry-over platform. The company noted the car makes a different amount of power, which required engineers to implement several changes.

Speaking of power, Nissan slipped a twin-turbocharged V6 engine under the Z Proto’s hood, though the company didn’t want to disclose the output. Rumors suggest Nissan will use the engine from the Infiniti Red Sport models, which could give the new Z up to 400 horsepower (298 kilowatts). But a lot can change between now and whenever Nissan decides to reveal it, especially when you consider the company’s current financial situation and its ambitious turnaround plan. We expect it’ll debut sometime next year as a 2022 model.