It’s fair to say Souths are the form team at the moment, particularly with their attack, but there’s a bit of the old saying ‘out of sight, out of mind’ about Penrith.

They had the week off last weekend, and we saw last night what an advantage that was to the Melbourne Storm, they looked fresh and fast and I expect the same from Penrith tonight.

Souths have scored a mountain of points in the last three weeks, but Penrith just have to defend as they have all year. They’re statistically the best defensive side in the competition by a mile. That’s where it will be won tonight.

A lot of matches this year have been won because of the teams’ attack, we’ve seen lots of points scored. But we saw last night with Melbourne, they kept Canberra to just 10 points, and I expect the same from the Panthers.

What the Panthers can do defensively is better than what Souths can do, in my opinion.

Penrith are going for their 17th straight win, and I must admit I thought a loss a few weeks before the finals wouldn’t have been the worst thing in the world. But to their credit they kept their focus and it’s no fluke they’re here tonight, they’ve been the best team in the competition. 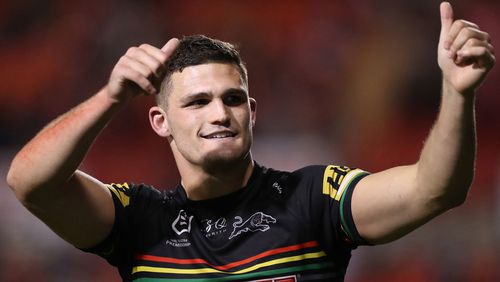 I have to be honest, I didn’t expect Souths to make the top eight, let alone play in a preliminary final. Their backline is in great form, although the loss of a strike centre in Campbell Graham is a blow.

But Wayne Bennett’s the master, if he’s got a trick up his sleeve he’ll be bringing it out tonight.

My tip? Penrith by more than eight.

Brisbane vs Geelong kick off time, results, news for the 2020 finals

Stock trading: How to imbibe right kind of trading psychology for investing success

Sanjeev Gupta in spotlight after swoop on Thyssenkrupp…

Two Judges had Justin Gaethje winning Round 1 over Khabib…

The Observer view on the Commons vote to let poor children…

Madhya Pradesh bypolls: Congress, BJP slug it out as…