Ranbir Kapoor and Alia Bhatt’s whirlwind romance is no less than a Bollywood love story. The couple who has been ruling the hearts of fans have been privy about their lives. However, it was only recently, that we learned that Ranbir went down on his knees to propose to Alia during one of their vacations. Soon after the couple announced their pregnancy, Neetu shared a photo in which Ranbir was seen holding a ring box in his hands. And now, a photo of the couple from the proposal moment has gone viral on the Internet.

In the pic, Ranbir is seen going down on his knees with a ring in his hands while Alia looks at him in shock. Going by Alia’s reaction, the actress seemingly did not expect that Ranbir would be proposing to her. Take a look at the photo here: 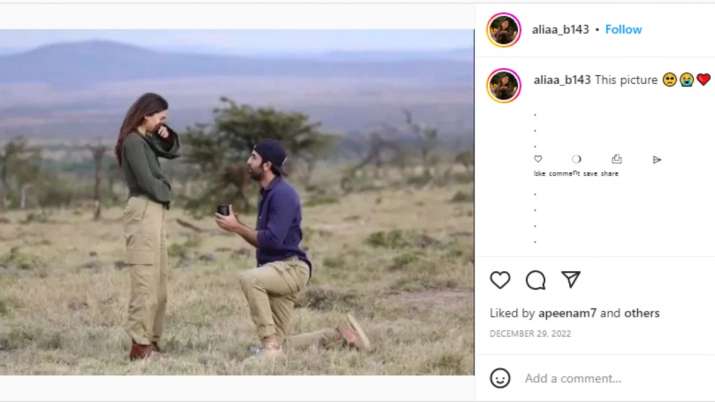 Alia Bhatt and Ranbir Kapoor have been married since April 2022 and have a daughter named Raha, who was born in November of the same year. Their love story began on the sets of the film “Brahmastra,” which was released in 2022. The two actors were paired opposite each other for the first time, and it was during the filming of this movie that they fell in love.