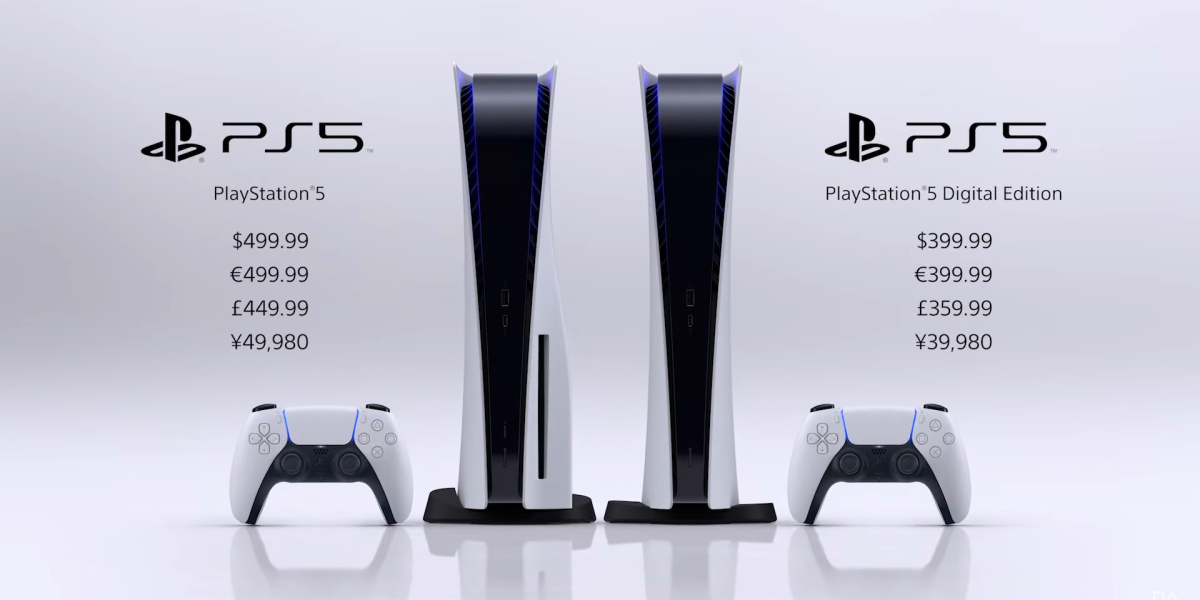 Sony provided more details about the upcoming PlayStation 5 preorders. During a Showcase event today, the company explained what you can expect in terms of a PS5 release date and price. The PlayStation 5 is $500 and the PlayStation 5: Digital Edition is $400, and both are launching November 12 in the U.S. and other territories. More regions will follow November 19. Sony is planning to open up preorders starting tomorrow at “select retailers,” according to PlayStation social media. It has yet to provide specific info about how those preorders will work.

The pricing is similar around the world. Euro-zone countries will pay 500 euros, the U.K. will pay 450 British pounds, and Japan will pay 49,980 Japanese yen. That November 12 date applies to U.S., Japan, Canada, Mexico, Australia, New Zealand, and South Korea. Then the rest of the world will get it the following week.

PlayStation 5 is Sony’s console for the future. It uses a powerful AMD Zen 2 processor and Radeon RDNA 2 graphics card. But Sony Interactive Entertainment is focusing a lot of its efforts on the design of the PS5 architecture. That starts with a superfast solid-state drive (SSD) that can stream data across what I can only describe as fat pipes. This is going to minimize loading times, but it’s also going to lead to new kinds of games that rely on massive amounts of assets to pull from storage on the fly.

PS5 pre-orders will be available starting as early as tomorrow at select retailers.

In June, Sony detailed the games coming to the PS5 as well as the hardware itself. The publisher showed off next-gen stunners like Ratchet & Clank: Rift Apart and Horizon Forbidden West. It also surprised fans with the new Spider-Man: Miles Morales. But SIE didn’t give fans much to look forward to when the system launches this holiday.

And while I’m referring to a singular “PlayStation 5,” you actually have a choice between two devices. Sony has the PlayStation 5 and PlayStation 5 Digital Edition. The latter eliminates the disc drive.

Over at Microsoft, the Xbox Series X and Series S (which has no disc drive) are launching November 10 for $500 and $300, respectively.

India to be a big hub for production of Russian vaccines: Kirill Dimitriev, CEO, RDIF

The Divisions That Are Destroying the Country