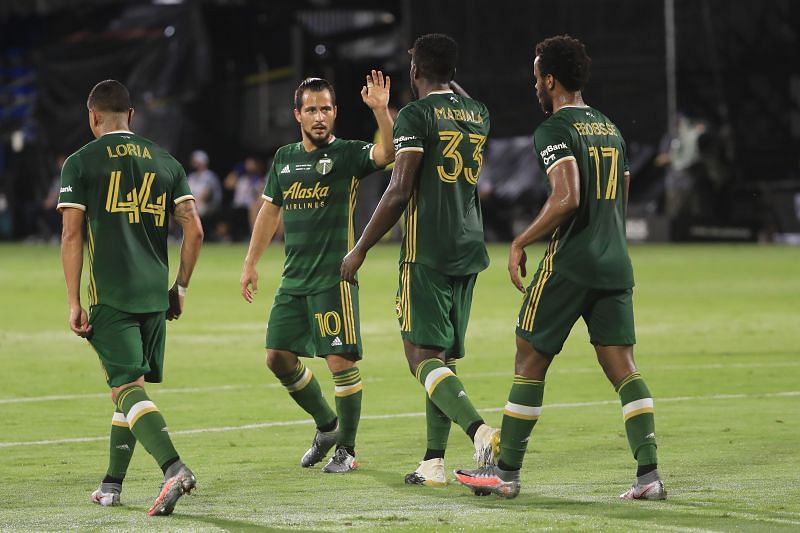 Portland Timbers host Los Angeles FC in an MLS regular-season clash on Sunday night, in a clash of two sides who should be on their way to the playoffs.

Portland Timbers are currently joint-top of the Western Conference, with 30 points, the same as Seattle Sounders and Sporting Kansas City. However, Portland Timbers have played one game more than the former, and one game less than the latter.

They shot Los Angeles FC, who are in 4th spot, six points behind these three teams. After a great victory against Seattle Sounders, Los Angeles FC floundered in their last game, losing 2-1 to the Vancouver Whitecaps.

On their part, Portland Timbers had a five-game winning streak arrested in their last game, after they lost 2-1 to Real Salt Lake.

Los Angeles FC have won four of the right games they have played against Portland Timbers. Los Angeles have only lost twice, with two other games ending in draws.

In the last game between these two sides, which was played last month, Los Angeles FC put in a great performance, to win 4-2.

Portland Timbers still have significant concerns on the injury front, with a number of players still unavailable for selection.

Los Angeles FC will continue to miss their talismanic Mexican skipper Carlos Vela for this game. However, Diego Rossi and Brian Rodriguez have returned from international duty, and should be available for selection for this game.

Portland Timbers have been the better team than Los Angeles FC this season, especially in terms of consistency. They still have the faintest of chances to win the MLS Supporters’ Shield, so every win is important as well.

We are predicting a slender Portland Timbers win in this game.