Images of a partially camouflaged test mule of Renault’s upcoming subcompact SUV, codenamed HBC, have surfaced online. The images finally reveal the face of the car which sports production-spec headlamps, grille and front bumper, indicating that the new sub-4-metre SUV is nearing the production stage. The SUV comes with a sleek twin slat grille, flanked by daytime running lamps, creating the impression of one single element. The production-spec HBC will get a pair of three-port headlamps, equipped with what looks like projector lights, in large black housings. The SUV also gets a wide central airdam with horizontal lines and black underbody cladding. The styling certainly adds an aggressive look to the upcoming SUV. 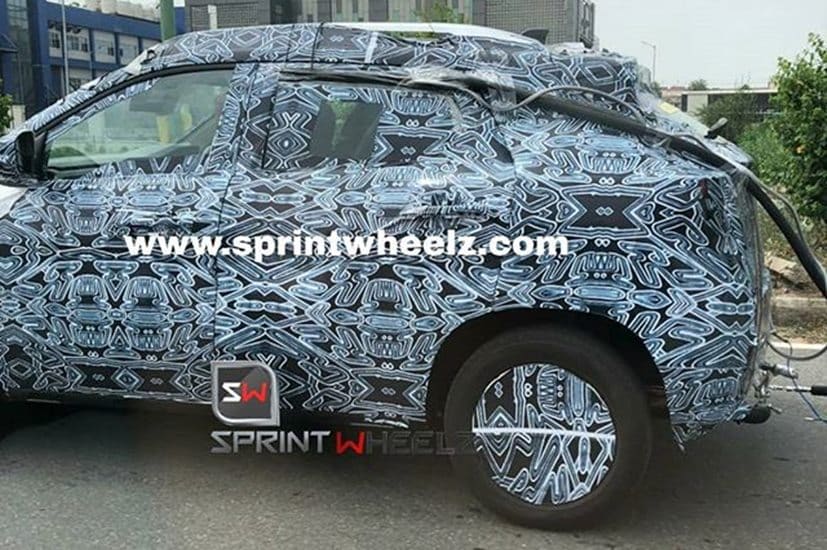 The new spy photos also give us a proper look at the profile of the new Renault subcompact SUV, which will come with large silver roof rails. The wheels have been covered, however, we believe the top-end variant of the SUV will come with alloy wheels. Other visual elements visible here include a roof-mounted rear spoiler and a rear wiper. The test mule is also equipped with what appears to be an emission testing apparatus.

We do not get to see the cabin of the SUV here, however, it will come with a host of smart features like a touchscreen infotainment system with Apple CarPlay and Android Auto, and MirrorLink. The SUV is also likely to get a multi-functional steering wheel, premium fabric upholstery, and safety features like – ABS with EBD, dual airbags, reverse parking sensors, high-speed alert, and seat belt reminder as standard. 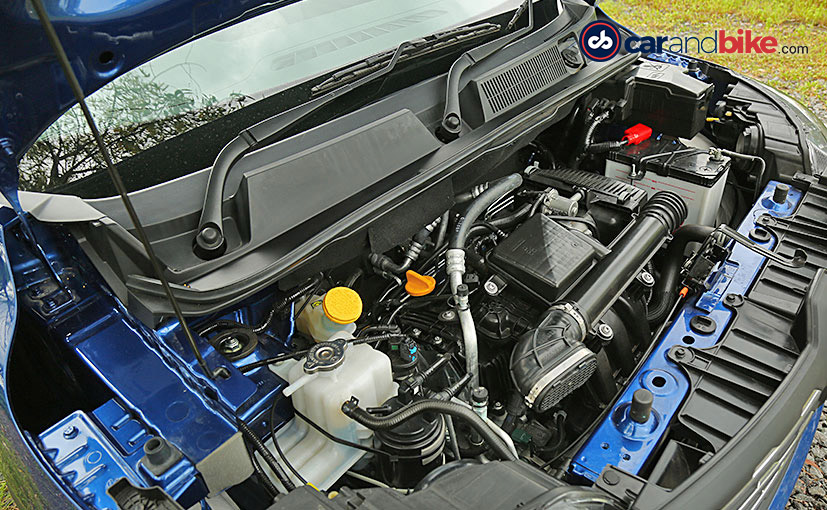 The new SUV could get the Renault Triber’s 1.0-litre ENERGY petrol engine, which is tuned to make 71 bhp, and 96 Nm of peak torque

The upcoming Renault HBC will be built on the advanced CMF-A+ platform that also underpins the company’s current top-seller, the Renault Triber. Thus, the SUV is also likely to borrow the 1.0-litre ENERGY petrol engine that develops 71 bhp and 96 Nm of peak torque, which currently does duty on the Triber. Renault might also equip the SUV with the 1.0-litre turbo petrol three-cylinder engine that was showcased at the Auto Expo 2020 and could have both motors on offer. Transmission duties are likely to include a 5-speed manual and an AMT unit.

“I am proud of the number of talented people we have…

Around 83% stores open as of end June: Titan