Nandor & Laszlo Have a Jabroni-Off

Marvel Zombies Rise as New Marvel Legend What If…?…

War comes to Raccoon City as Prime 1 Studio has unleashed the horror of the Nemesis once again. This iconic Resident Evil has made a return in the Capcom ground-up remake of Resident Evil 3. Jill Valentine is high on his list, and it is up to her to stop him and save the day. We have already seen the Jill Valentine statue (here), but this time the companion connecting Nemesis piece has arrived. Coming in at a whopping 36″ tall, Nemesis features his newly designed sculpt from Resident Evil 3 with all the gruesome detail intact. Two versions are being released by Prime 1 Studio with the deluxe, including his signature Rocket Launcher. This statue is loaded with impressive detail that Resident Evil fans will fall in love with. This statue is not cheap, though, as it will come in as the Ultimate Premium Masterline Resident Evil 3 Nemesis is priced at $1,399 or $1,499. Pre-orders are live right here, and this beast is set to be unleashed between October 2023 and January 2024. 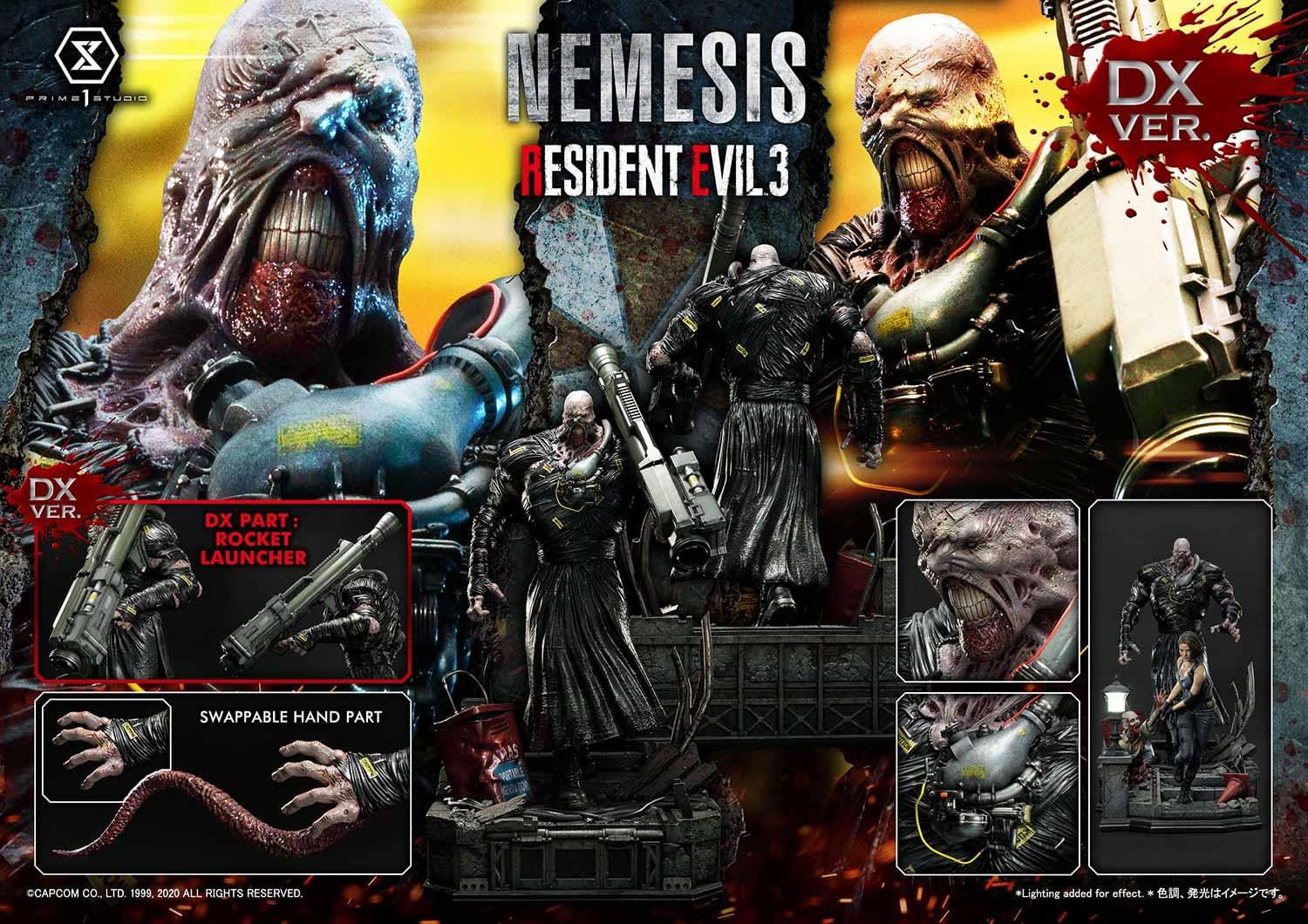 “At 36 inches tall, Nemesis comes to frightening life in this rendition of the Pursuer, as it is also called. Nemesis’ face is revolting and raw. Wrapped in stretched cloth scraps barely passable as clothing, the Pursuer also features an exposed mechanical heart on the outside of its chest, an iconic trait of this fearsome monster!”

Using the game as solid inspiration, Prime 1 Studio painters have pushed the envelope on this amazing piece’s paint job. They have successfully balanced realism and artistic interpretation to bring about the most compelling visual and environmental effects. You will be able to switch Nemesis’s left arms in two different ways: with an outstretched hand or with an added disgusting tentacle. The mood of the statue is dictated by the weathering, shading, and highlighting of the piece. With this Deluxe Version, you will be able to switch Nemesis’ left arms with his signature weapon of choice: a Rocket Launcher! On his cinematic base, Nemesis reaches out for his next victim, as he is surrounded by the detritus of a Raccoon City on the verge of destruction!

rupee: RBI has helped the rupee ride out many a crisis

A Place In The Sun bombshell Danni Menzies stuns in naked…

Even if Apple raises iPhone 14 pricing, you might not pay…