Sony Interactive Entertainment and developer Housemarque have finally announced a release date for the PC edition of the dazzling PS5 sci-fi adventure, Returnal — The chrono-chaotic shooter will arrive on the Steam platform on February 15.

In addition, Housemarque released the PC requirements necessary in order to get Selene’s incredibly visual, effects-laden odyssey up and running on your rig. The specifications range from “Minimum” (720p at 60FPS) to a top-tier “Ray-Tracing” bracket (4K at 60FPS with enhanced reflections and shadows).

For those yet to experience Returnal, it showcases Housemarque’s trademark flashy, firework-like visual aesthetic, as well as fast-paced and incredibly “busy” on-screen action. As such, the true wonder of its (literal) death-defying tale of identity and destiny, all set against the backdrop of a massive alien world, understandably requires a decent amount of juice in its myriad gas tanks. 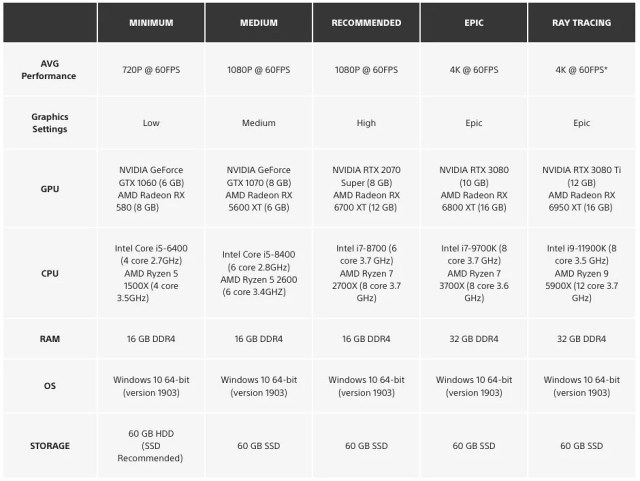