Richa Chadha and Ali Fazal never hid their relationship, but at the same time never spoke a lot about their love story. The two met on the sets of Fukrey, have dated each other for a long time and were set to get married but due to the lockdown their big day plans had to be postponed.

Recently the couple have graced a wedding-centric magazine cover and have spoken everything about their love story. Ali Fazal and Richa Chadha’s joint interview for the magazine is one of the most candid interviews of the couple together. The couple reveals that they indeed met on the film set of Fukrey but Richa Chaddha found him quite odd initially. Later Ali Fazal reveals that once he called up Richa and told her that he’s near her house and could he drop by for a coffee and Richa readily agreed, however Ali had lied to her about being near her house. As soon as the actress had said yes, he rushed in his car and drove to her house. Now that’s insanely romantic and quite filmy, no?

Further Richa Chadha says that their taste in films and other interests are quite similar and one day while they were watching a film together, Richa was the first one to say the three magical words – ‘I love you’ to Ali Fazal. However, it looks like the actor took those words as a friendly gesture and only said I love you back to her almost after three months. But the one story that really cracked us up and at the same time is really romantic is the moment of proposal. Just like any Hindi film, the proposal was supposed to be The Moment for their relationship and it was done in Maldives where they were celebrating Richa’s birthday. However after proposing to her, Ali Fazal took a nap for 10 minutes. Read what the actress has to say, ‘He had planned a romantic dinner on a small, secluded island at the Maldives. I thought it was for my birthday—I didn’t suspect a thing. We had finished eating and were sipping on champagne when Ali, being his spontaneous self, asked me to marry him. He didn’t go down on his knee nor did he have a ring, but that’s all right. After that he took a ten-minute long nap on the sand—I think it was because he may have been stressed about the proposal!” 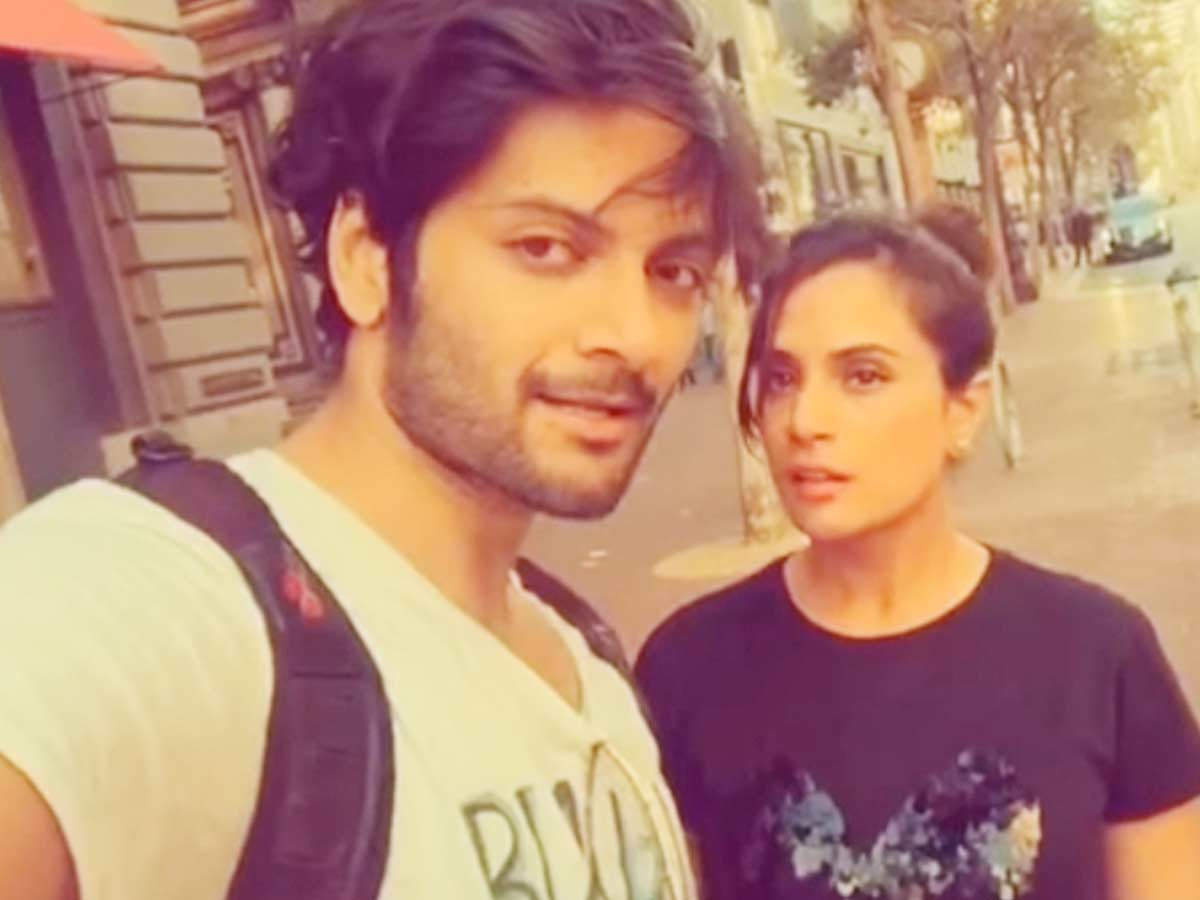 Now that’s really adorable and they are truly couple goals much. Isn’t it?

One People. One Nation. Healing as One

market valuation: Valuation worry? Have to live with higher…

Li leads, Koepka and Day among those close behind at PGA…